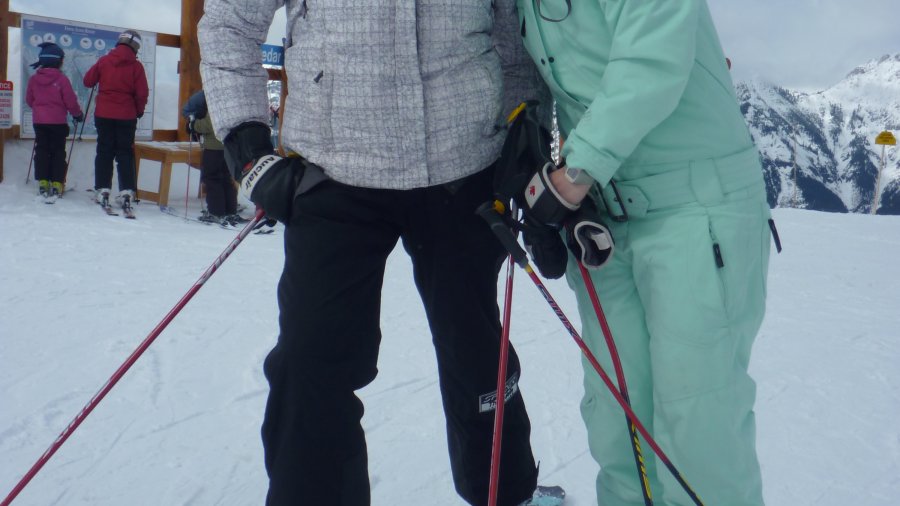 Adorned in a wild red and white Canadian Maple Leaf hat decorated with tiny bells, and clanging her cowbell wildly, Brydon greeted her daughter Emily with a warm hug and then posed for pictures on Wednesday morning after her run in the GMC Canadian alpine skiing championships women's super-G.

For years, Emily said, jokingly, she was "mortified" by the vision of her cheering mother near the finish line, but now, finally she can't get enough of it.

"She finally came around at 29," said Rosemary. "I finally got it through to her that this is cool!"

The irony, of course, is that Rosemary will only get a couple of more chances to cheer on her daughter. On Thursday, Emily Brydon will make it official, announcing her retirement from ski racing after 13 splendid years with the national ski team.

The Fernie native made her last super-G race a winning one, claiming her 10th Canadian championship, and fourth in the super-G.

Her World Cup career produced nine medals, including a 2008 super-G victory at St. Moritz, Switzerland, but it was the Lake Louise downhill silver and bronze she won on back-to-back days last November that really stand out.

Even if Brydon struggled with the mental aspects of skiing at times, she was never anything but a positive influence on her teammates.

"I've been on the team for seven years now and she's always been a bit of a mentor to me," said Shona Rubens of Canmore, Alta., who finished second in the super-G on Wednesday. "She's really positive, always happy, and a great inspiration to have around. We're going to miss her a lot. But it's going to be cool to see what she does with the rest of her life."

As for the next stage in her life, Brydon still isn't sure.

"I'll take till September to play and have fun and enjoy it, but we'll see how long that lasts because I like to be busy," she said. "And then I really want to school part-time and work part-time. And I'll keep working with my foundation, keep working with Right to Play, and just keep finding ways to give back."

Her competitive career will end with Saturday's slalom championship, a race she cheerfully admits she'll have no shot in, and then she'll put away the racing skis with no regrets.