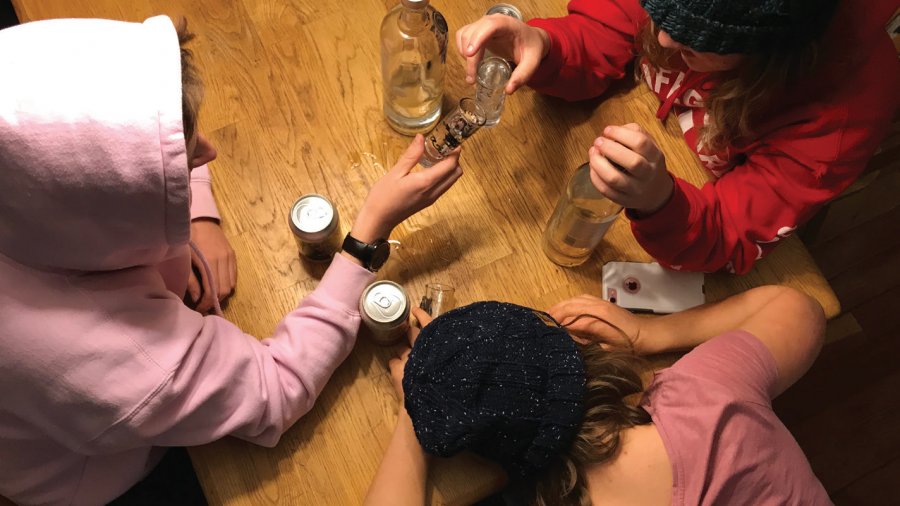 Some of us look back on our teenage years with fondness as we recall the freedom, friends, and fun we had. Wasn’t it great to have so few responsibilities? We sure got away with some wild activities! A sense of nostalgia might have us smiling about a simpler time, but sometimes we forget the pressures that go along with being young.

Having worked with teens and parents for over 20 years, I can report that teenage curiosity about alcohol and parental worry about it are still a big deal. Teens want to experiment just like they always have. And similar to adults, teens may also want to change their mental and emotional state to help them temporarily relax, connect, and feel better about themselves.

For this article, I interviewed a couple of parents of young adults. I also interviewed two women and two men in their early twenties. I asked these folks to look back on the teenage years of underage drinking, hoping that people who recently passed through this intense stage could share some wisdom gained. They were pleased to discuss a topic that had been tough to address honestly only a few years ago.

One mom of two sons who drank in their teen years told me the first time one of them came home seriously inebriated, “I was upset and felt like I had completely failed Parenting 101.” After an emotional conversation with her son, accompanied by lots of tears from both of them, she said she came to realize two critical things, “pretty much every teenager tries drinking, and for me, the most important thing was their safety.” With these two concepts clear in her mind, this mom accepted reality and began to think in terms of ‘harm reduction.’

As it relates to substance use, harm reduction means just what it says: the behaviour may have inherent risks, but we can work to reduce those risks. For example, all of the teens I interviewed mentioned the support they felt when parents offered and gave rides. This is huge because statistics show that drunk driving hurts more people than just getting drunk. It can also mean drinking less; obviously, a little alcohol is less harmful than a lot.

I asked the young adults, “What were some helpful things your parents did or said about underage drinking when you were a teenager?” They were all firm in their replies: Don’t be judgmental. Offer your interest and care like a friendly person by asking where teens are going and what they are doing. Don’t interrogate. Leave your phone on and be available to help with driving. One young man said, “Just know that kids are going to find a way to get alcohol.”

What is the appeal of alcohol? The twenty-somethings told me it’s all about wanting to be more mature and to fit in. One male said, “Even now it’s still awkward to talk with girls and alcohol makes it easier. You feel cool.” A young woman told me, “I feel less self-conscious when I’m drinking so I can enjoy myself more.” The parents echoed these thoughts about ‘liquid courage’ and one of them said, “we are inundated with images of drinking being sexy and fun, and it's what all the popular, beautiful people do so how can they not be influenced to try it.”

When I inquired about what parents had done that was unhelpful, the young adults said don’t make alcohol a taboo subject and embrace the questions teenagers have. One young woman told me, “Adults need to be congruent. If they drink themselves but tell kids not to drink, that’s ridiculous.” One of the parents said, “I think I should have been better prepared for teenage alcohol use; my head was kind of in the sand.”

December is a time for holiday celebrations, and alcohol is usually involved. I encourage parents to reflect on their own substance use, both past and present, and to talk with other parents about underage drinking. Some families have creative and meaningful policies for handling the challenges alcohol brings. We can learn from each other and support each other as we guide our brilliant young people who are the future.