Tour Divide 2017 Comes Through Fernie, BC 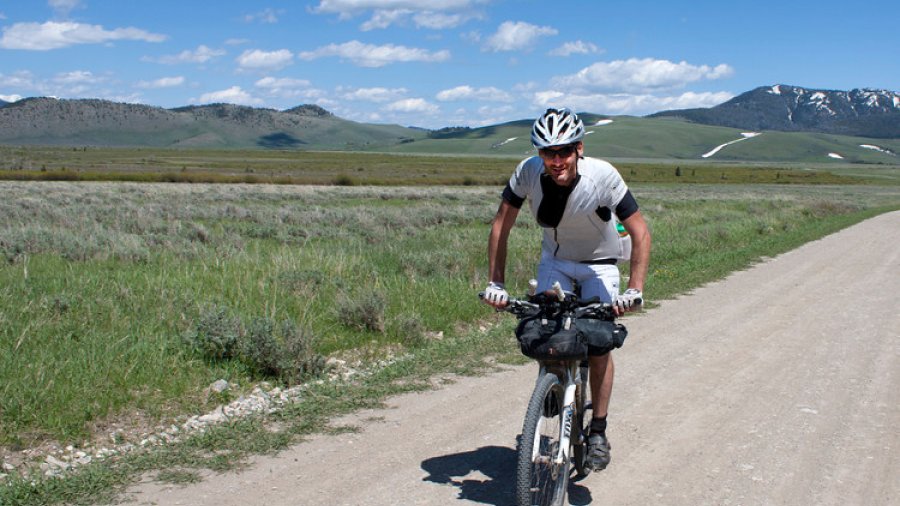 Paul Attalla during the Tour Divide, 2011

In the spring of 2010 a teacher-friend sent me a link to a documentary called Ride the Divide. It was available for viewing on YouTube as part of its release promotion. Out of curiosity, I clicked on the link while enjoying my morning coffee. And found myself in the same position, glued to the computer screen just under an hour and a half later, completely in awe of the people I met throughout. Man, Mary was one tough cookie. And THE Matthew Lee? So cool.

I went on to read Eat, Sleep, Ride by Paul Howard the following year, and my obsession came to its max that June as Fernie residents Paul Attalla and Franck Gimard stood at the starline and accepted the challenge of the great Tour Divide - a self supported back packing bike race that runs 2,745 miles from Banff, Alberta to Antelope Wells, New Mexico along the Continental Divide. Let me tell you, watching tiny blue dots on a screen can be very addictive.

This year the Tour Divide has an exciting route change, taking competitors directly through Fernie, BC! Paul Attalla, who regularly rides in the backcountry, discovered this spring that the regular route through the Flathead was impassable due to a bridge collpased over a large river, so contacted race organizers and suggested an alternate route - from Elkford, heading over the challenging Crossing Creek to the Bull River and over to Hartley Lake and into Fernie. The organizers agreed to the re-route, which will not only be more beautiful, it will decrease time spent on road... and bring people to our beautiful town in SE BC!

The crew left this morning, June 9, 2017 at 8am. Having chatted with Paul this morning, he believes the top riders will be cruising down Main Street (2nd Ave) around 9pm, with many more to follow early tomorrow morning. Let's welcome these individuals as they make there way on this epic journey! And to continue following these bikers all the way to the Mexican border, follow the blue dots at Track Leaders - Tour Divide! I promise you will never have hit refresh so many times on your computer...