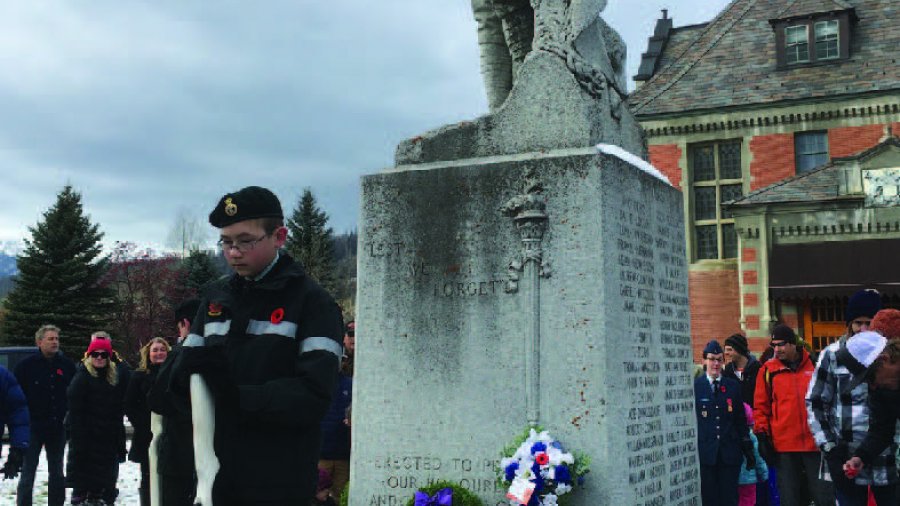 Within six months of the great fire of August 1908, much of ravaged Fernie had been rebuilt; but that means that at this time of year—heading into the darkest days of winter—some people were still living in makeshift housing. I often wonder what life was really like for people back in those days as they fought to rebuild the community that was only a few years old. Did they struggle against the cold and dark without the modern amenities that we enjoy today, or was it easier to live simply, with a clear focus on rebuilding? When conversation was the only form of entertainment that some people had and a having a nickel to go to a show was a rare treat, did they long for different times or, with an abundance of work and pioneer spirit, was every night in Fernie a party and a celebration of life? As the citizens of our town finished rebuilding Fernie in 1909—adding new and impressive buildings that we would treasure 110 years later—did they sense the horror of war that lay just five years into their future?

With the ebb and flow of industry and the local population, it’s easy to see why some people long for days gone by while others love what Fernie is today. I’ve heard about tough times in the 50’s when Coal Creek closed down and boom years in the 60’s and 70’s when the future looked very bright. When I moved to Fernie in 2002, the start of November was a pretty quiet time of year. Many businesses had been closed since the previous winter, and entertainment was pretty sparse. Over the years, I’ve seen Fernie’s calendar of entertainment go from a winter-only focus to a solid two seasons, and now in the last year or two, it seems that the ‘slow season’ may no longer exist.

This November kicked off with two sold-out shows of power and athleticism in polar-opposite styles. a glittering ballet performance at the Fernie Family Centre hosted by the Fernie Museum portrayed a young immigrant’s turbulent life story, while Judgement Night II at the Fernie Community Centre was a gritty night of determination and skill. The following weekend, months of enthusiastic lantern-building paid off as the Festival of Lights at the Arts Station lit up the night. Plenty of live music, craft fairs, the annual Mogul Smoker, the return of the Booked! Fernie Writer’s Series at the Library and the start of the Ski and Sled seasons rounded out Fernie’s ‘slowest’ month. We may be nostalgic for the past, but with this much fun to be had, it’s hard not to live in the moment.

As winter fun gets underway in December, take a moment to think of those early residents who built this town and left us a legacy of celebration.