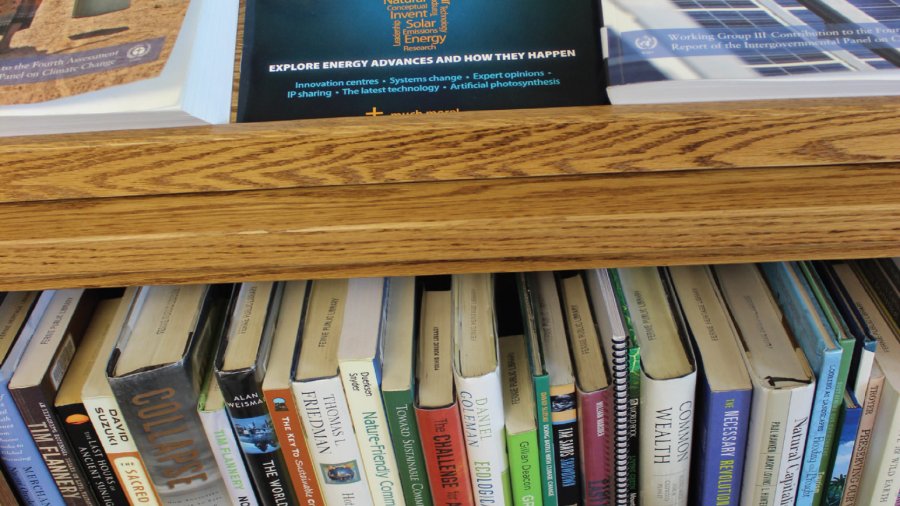 A handful of years ago in 2011, the province and its municipalities embarked on a carbon emissions reduction plan – the Climate Action Charter. Ninety-six percent of local governments in BC have voluntarily signed the Charter, committing to reducing greenhouse gas emissions and working toward carbon neutrality in their citywide operations.
Signatories to the Charter are eligible for carbon tax rebates. In Fernie, this plan has challenged Council and City staff to be forward thinking and innovative. How does the City maintain its services and its heritage esthetic while reducing its carbon footprint? Any homeowner knows that retrofits that take energy into consideration – while saving money in the
long term – can have expensive outlays.

Additionally, how do City staff research emerging technologies with everything else it has to do? Some BC municipalities and regional districts created contract or permanent positions to take on this challenge. The City of Fernie, like other organizations, tapped into a plethora of local talent, and the Greenhouse Gas Emissions Reductions Committee was
formed. By utilizing a good cross section of volunteers (including engineers and builders) and City staff, the Committee has been able to research reduction strategies and to help implement the City of Fernie
GHG Reduction Plan (endorsed in 2008), the Community Energy and Emissions Plan and the Carbon Neutral Action Plan – all while maintaining a realistic appraisal of the way the City was already doing things. After assessing a course of action – asking things like, what will the greenhouse gas reduction be? What is the cost? What outside funding is available? – the Committee presents Council with a
recommendation.

The first big energy-related project the City undertook was the Fernie Aquatic Centre retrofit, where a dehumidification and heat reclamation system was installed. Instead of just expelling excess heat that was generated by heating the pool, the hot tub and wading pool, the system captures and recycles heat, reducing the need for natural gas, and therefore reducing carbon dioxide emissions by about 175 tonnes a year. The system also has the benefit of saving the City about $60,000 a year in
utility payments. The added bonus? The hefty price tag of installing the $600,000 system was 100% covered by grants. All in all, the project was a success.

“It was just a really positive experience, which helps to motivate council and staff to explore more possibilities,” says Committee Chair Megan Walsh Lohmann. “What that also did was inspire other local governments. Kimberley came and toured the facility. And Sparwood, now they’ve done the same … it sort of spurred on motivation for other
local governments to say, oh yeah, the technology isn’t so ‘out there’ – it actually works.”

While, at this point, the Committee is mostly concerned with what are called corporate emissions – meaning, emissions made by operating the City’s buildings and fleets – it has also tried to get a handle on how to reach the community at large. A resource centre has been set up at the Fernie Heritage Library, which helps homebuilders and renovators access
information on efficiency ideas.

“They had the library pull out climate change, and energy and energy efficiency books and kind of redirect them to one area,” explains Committee member Karen Gorecki, “and have a place for the committee to put out information on what we’ve done.”

Last year, the Committee recommended a compost-collection pilot project. The idea of the pilot was to investigate the feasibility of such an undertaking and what the uptake would be. Over 13 weeks, from August to October, over 5,000kgs of compost was collected from Mountainview
residents. By diverting five tonnes of waste from a landfill, the pilot reduced Fernie’s carbon emissions by five tonnes. (Organic waste produces methane in a landfill because it decomposes without oxygen,
and methane is a powerful greenhouse gas. Not to mention the carbon emitted by getting the waste from the transfer station to the landfill.) While a widespread composting program won’t likely be realized right away – there are logistical and cost issues to address and assess – the idea of a program certainly seems enticing.

With a commitment to helping Fernie realize its goal of carbon neutrality, the Committee is likely to be busy for the foreseeable future, as there are many more opportunities to put Fernie’s buildings on an energy diet, from more efficient lighting and windows to changing out aging heating systems.