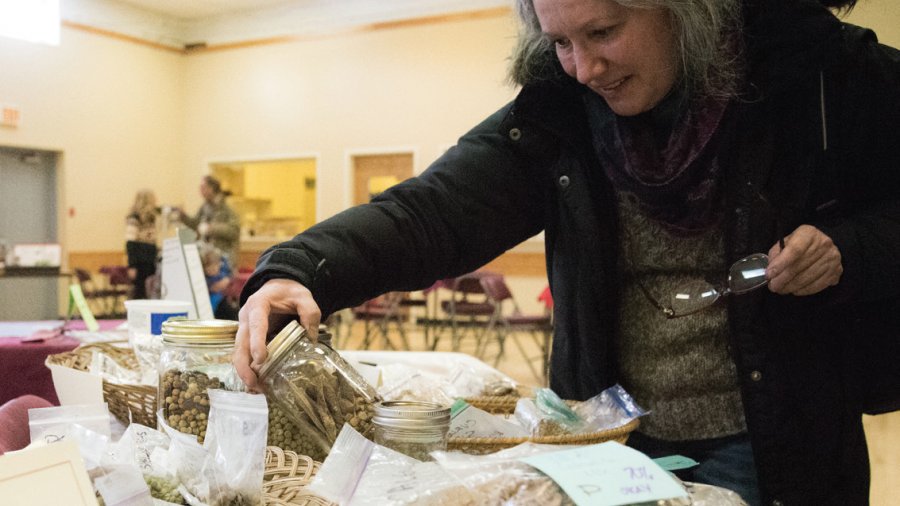 "Nature’s first green is gold…” Robert Frost’s iconic poem came to mind recently when I attended the Fernie Mountain Film Festival at the Community Centre. Held over two days each year in mid-February, the event is a study of the culture of mountain environments and those who love them, explore them, and protect them. In Coast Mountain Epic, 29-year old Martina Halik and her 60-year old mother undertook a five and a half month ski touring adventure along the mountainous west coast of British Columbia, into the Yukon and ending at Skagway, Alaska. There wasn’t a lot of green along the way and unfortunately a shortage of white in places too but this was an expedition that was all about the landscape. Watching and listening, I think I understood what these two incredible women sought; connection with an untouched environment and a challenge that would allow them to think only in terms of place and immediate need. In their own words, “it was life-changing.”

Despite the frigid conditions, local gardeners were also thinking of the outdoors. Wildsight’s Seedy Saturday at the Fernie Family Centre drew a large crowd of green-thumbs keen to learn about cold climate gardening, swap and buy specialty seeds and connect with other growers in the Elk Valley. Our short but hot and sunny summers make for some spectacular garden displays but it’s essential to start early and this event was perfectly timed to inspire local gardeners to get a jump on the season. Experienced gardeners provided tips and information on how to make the most of the Fernie growing season while kids dug in the dirt, planted peas and enjoyed crafts.

As March rolled around, so did more snow. Hitting the ten-metre mark at the beginning of the month put Fernie well on track for a record-breaking year, and visitors and locals alike were all smiles at the annual Griz Days Festival. Piling on the plaid this year, the four-day annual winter festival is one of Fernie’s biggest and takes place at a number of venues in town and at Fernie Alpine Resort. The new Snow to Ice (cream) Challenge was a big hit, with 24 people completing all four sections and many more participating. Hundreds lined 2nd Avenue for the annual parade and enjoyed live music from Small Town Dirtbags and the iconic Rocky Mountain Lumberjack show, followed by fireworks. With lots more happening all weekend and plenty of live entertainment this was a fantastic Fernie weekend enjoyed by all ages. What did you love?