Play - Modelling the Courage to Speak Up 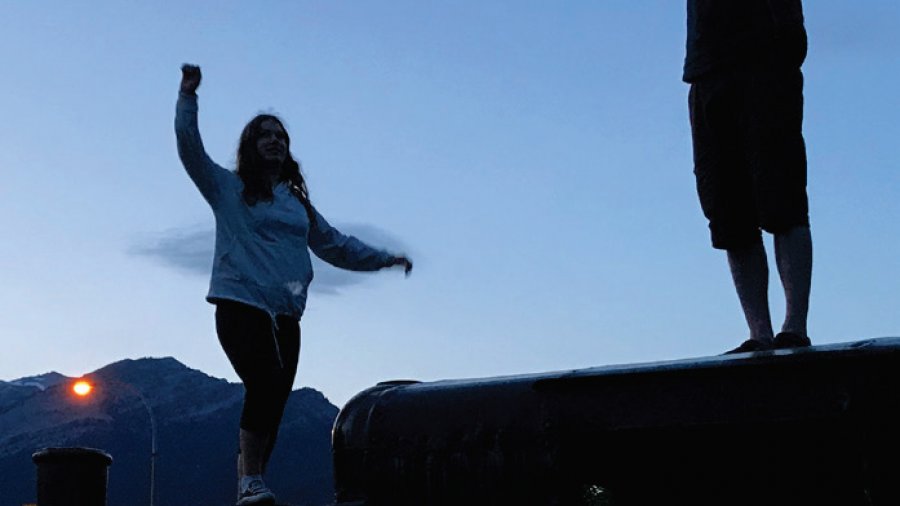 As our children become teenagers, we start to glimpse the kind of people they will be as grown-ups. We may see their work ethic develop, or watch as they take a principled stance at school. We might also catch them bullying, cheating, or lying. I’m a believer in this Einstein quote, “Setting an example is not the main means of influencing others, it is the only means.” How can parents demonstrate being brave enough to do what’s right?

I see moms and dads in my conflict coaching/mediation practice who are experiencing relationship difficulties with their teen or a mix of family problems. Recently I worked with some couples in various stages of separation wanting to get a handle on dual-household parenting. There was a similarity to their stories I find chilling: the wants and wishes of the male partner dominated their marriage, and the women came to realize they were somehow complicit in this.

After one pair of clients left I wrote this sad paragraph in my notes.

“They both seem astonished that their partner isn’t the same person they thought they married. The wife feels resentment and her husband is angry and confused. It has finally been revealed that an invisible patriarchal code ruined the relationship but he didn’t notice and she failed to speak up about it. Now it's too late and they are all suffering.”

Women finding their voice are a triumph, but the aftermath of divorce is devastating, especially for young people caught in the chaos. Would the trajectory of these families be any different if the mothers had raised their voices earlier? Best selling author and family therapist Terrence Real wrote over twenty years ago, “Traditional gender socialization in our culture asks both boys and girls to ‘halve themselves.’ Girls are allowed to maintain emotional expressiveness and cultivate connection. But they are systematically discouraged from fully developing and exercising their public, assertive selves – their ‘voice,’ as it is often called. Boys, by contrast, are greatly encouraged to develop their public, assertive selves, but they are systematically pushed away from the full exercise of emotional expressiveness and the skills for making and appreciating deep connection.”

Terrence Real is neither radical nor female and his quote is decades old, written well before the #metoo momentum. The message is simple and profound: we need to raise both our sons and daughters to be fully human, with the skills of emotional intelligence, relational awareness, personal agency, and a confident voice. In past generations, it was necessary for men and women to mostly operate in separate domains and then partner up to complete each other. This is no longer the case in modern societies. In fact, our chances of success are greatly diminished if we get too comfortable in one gender box.

I don’t want any of the young ones I love to become adults who are half-people. Daughters need more examples of women who say what they think and stand behind their words. Sons need to see men prioritizing real closeness with friends and family. As moms and dads, it’s imperative that we model using our voices and our presence to show how it’s done.

DO notice and appreciate when girls express an opinion, take a stand, show themselves, run things, or disagree. DON’T say or act like these girls are silly, irrational, sensitive, in a phase, being difficult, or menstruating. Listen and take her seriously.

DO acknowledge and encourage boys to name their feelings, shed tears, talk about their struggles, care for others, and be physically close. DON’T describe these boys in female terms, call them homophobic slurs, tell them to man up, shame them, or act like they have a mental illness. Listen and take him seriously.

There are tragic repercussions when women are voiceless and men are disconnected. Being the kind of people who act with courage and integrity is hard, but it’s exactly what we want to model as parents. The love we have for our children is a powerful motivator, so use it as a reminder and speak up. If we want our young people to be brave enough to do the right thing, we have to be prepared to do it first.