One Day, Three Ways to Party 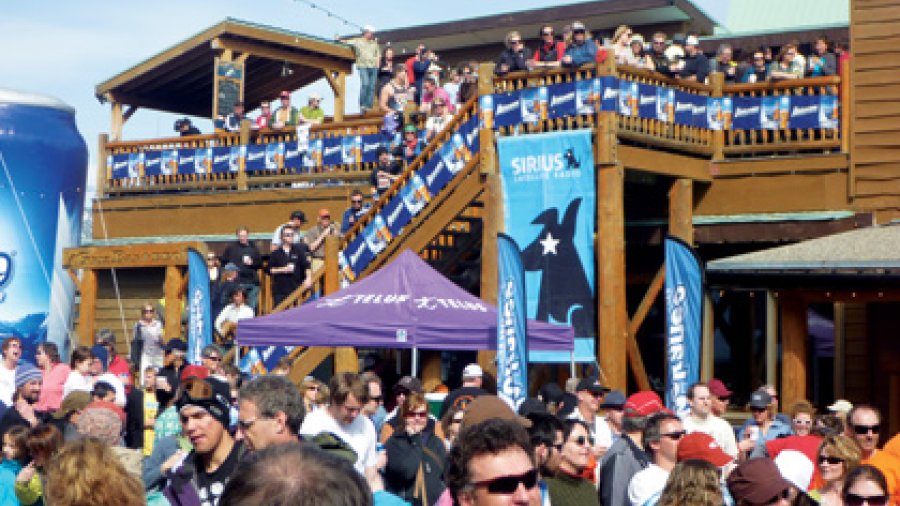 From being voted Best Resort in North America 2012 at the World Snow Awards, to our amazing performance in Powder magazine’s Ski Town Throwdown, Fernie has a lot to celebrate in 2013. December 21 may not have been the end of days but we’ve still got to make it through the end of Tzolk’in in March so we might as well make the most of the few months in between. If you can believe it, the parties in January are even bigger and better than New Year’s Eve so put on your dancing shoes and get ready to celebrate the end of the Year of the Dragon.

What better way to ring in the New Year in Rolling Stone’s Coolest Town in North America than to head to the hills, take in a few runs and then dance your ski boots off at the Eighth Annual Kokanee Snow Dreams Party on Saturday, January 26? After you’ve ripped your way around the mountain, join the Kokanee crowd at the Resort Plaza to party like it’s 1999. Meet the Glacier Girls, throw a few hula-hoops, holler like Sasquatch – just don’t get caught by the Ranger! Hundreds of people turn up for this event each year to party with talent like the Rocswell and Broken Toyz DJs for the event Ski magazine named Best Deck Party in North America. After darkness falls, the party continues upstairs in the Griz Bar for an all-day, all-night partyathon.

Two days before Snow Dreams, Thursday, January 24, watch out for a special announcement about a party like you’ve never seen. This could be Fernie’s opportunity to share our secrets with the whole country so make sure you don’t miss the action. More details coming soon!

Also at Fernie Alpine Resort, the Kinky Rail Jam on Saturday, January 12 is a fun competition for skiers, riders and spectators alike. Anyone with a board or boards strapped to their feet who like to slide, spin and show off their tricks can enter to win great prizes and show off their goods to the crowd. For more information on all Fernie Alpine Resort events, visit www.skifernie.com/things-to-do/events.

Back to the weekend of January 25-26, the Fernie Ghostriders will be on ice both nights. If you haven’t been to a game yet, January is the perfect time to get in from the cold and watch someone else do the hard work. The ‘Riders, as Fernie affectionately calls their star team, have been members of the Kootenay International Junior Hockey League since 2004; have won the League Championship twice (in ‘06-‘07 and ‘07-‘08) and won a Bronze Medal at the Cyclone Taylor Cup in 2008. They also hosted the cup event in 2011. They have won the Eddie Mountain Division for the past three years running; only falling in the Conference final. Will this be their year? The alumni roster, which includes several stars of the NHL, AHL and EBEL (Austrian) Leagues along with Lloyd Cook, team-member of the Stanley Cup winning Vancouver Millionaires, would suggest that Fernie knows how to build a great team. At the time of writing, the Ghostriders are sitting in second place in their division with only three points between the top three teams so January is sure to offer some exciting games as Fernie, Golden and Kimberley battle for the top spot. Party along with the Ghostriders on Fridays, January 4, 18 and 25, and Saturday, January 26.

As if all that wasn’t enough, Saturday, January 26 is also Australia Day. Wait, what? Aren’t we in Canada? Sure, but we’re talking about excuses to party and there’s nobody who loves to party more than those Aussies. With hundreds here for the winter, you can be sure that every bar in town will be offering some sort of Australia Day party night to make our Antipodean friends feel welcome. Happy New Year and all the best for a fantastic 2013!