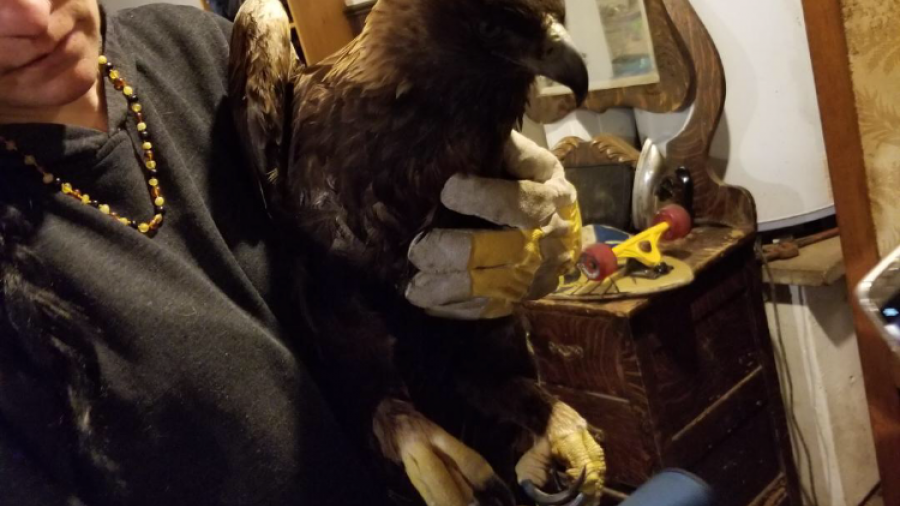 Have you ever felt like you know somebody based on the number of times you have heard about them or have seen their posts on social media, but you’ve literally never met them? That is Nycki Wannamaker for me. Every single time someone has an injured bird they don’t know how to help, skunks with babies living beneath their shed, a scared dog difficult to catch, or just questions and tips related to pet care or wildlife, Nycki’s name comes up. And she responds, saves and supports. Provides information and love.

Recently, Nycki and fellow animal lover Puneet Grewal officially started the Twin Meadows Animal Rescue Society. This Elk Valley based non-profit has a focus on “education, rehabilitation, rescue and adoption of local pets that need help. Our animals are local strays or surrenders.” Seeing Nycki turn her years of extensive volunteerism into an official NP to support the animals in our valley made many a heart swell with gratitude, and I thought it was about time we learned more about this guardian angel.

Nycki grew up in Toronto and admits that she has always had a connection with animals.

“When I was young, I was always bringing everything home… and there wasn’t a lot of wildlife in the city. My dad would have to drive me to the SPCA to drop off the animals I found,” she tells me. “We never didn’t have a pet. Dogs and cats, ferrets, hamsters and mice. As I became older I have had all animals you can have legally. Rodents, lizards, snakes, ferrets, parrots. My dream would be to have a farm with two of each animal, so they can keep one another company. But I live in West Fernie.”

In 1997, Nycki and her husband, Rob (whom she has known since they were 15) moved to Fernie for the snow. Admittedly very shy, Nycki has always gravitated towards children and animals and this tendency continued with gusto in Fernie.

“I just couldn’t handle seeing animals on their own without me jumping in to help,” she says, and she quickly established herself as the local resource. While skunks and pigeons are Nycki’s specialty, she helps all animals including wildlife. “There was a big gap here when it came to wildlife support,” she adds. “It was just me, handling and transporting Wildlife.” Nycki developed a close friendship with a non-profit called Fur the Haul of It, which pairs transport drivers with animals needing a ride. “This is helpful as the nearest animal rehabilitation centre – Little Mittens, is located just outside of Golden, BC.”

Recently, Nycki became officially permitted to work with wildlife and has a license under the office in Golden. “Before, I just kind of did it because I knew what I was doing, people trusted me, and there was no one else providing this service.”

In March of 2020, Nycki and Puneet created Twin Meadows. “We have been doing it out of pocket for years, and it was just time,” Nycki shares. “The communities were very welcoming and extremely supportive, if we have a need it is filled. We definitely don’t want to take away from the SPCA, the focus is on strays and owner surrenders.” Twin Meadows does not have a shelter for a reason. “We prefer the foster system, in home as it’s a real assessment. At a shelter people leave at night and the animals are left alone. We want them all to succeed,” she says. “It’s much easier on them, and our fosters always have first dibs on adoption. We try to place dogs in a home interested in a pet. The foster lets us know the needs, and their input is basically the mandate for the adoption.”

Nycki and Puneet continue to appreciate the generosity of residents and businesses. “When we put out a plea, we are immediately flooded with food, litter boxes, and scoops. There are so many ways to support, you don’t have to be a hands-on foster. It’s a chain that allows us to continue.”

So, what does Nycki hope for Twin Meadows’ future? “As long as it continues to go forward, helping even one animal a year, educating people, neutering cats… I’m happy.”

Thank you, Nycki. For giving back and helping a segment of our population that too often gets forgotten. To learn more about fostering, adopting or supporting in other ways, visit Twin Meadows Animal Rescue Society on FB or their new website at twinmeadowsanimalrescue.org.

1. When did you first arrive in the Valley and what brought you here?
1997, the snow brought us here. We were supposed to go to Lake Louise with friends, and we had my two cats and Rob his two ferrets but in Lake Louise there was no pet friendly accommodation so Fernie it was!

2. Who did you first meet?
That’s interesting too, no person really because we moved here with a big group of high school friends. But one night the guys left for an overnight hike to Island Lake and I was so lonely, so I responded to a ‘free dog’ ad and she was the first animal I met.

3. Do you remember your first general impression of Fernie?
Oh my goodness, mountains were a new novel idea for me and so beautiful and I wanted to see what was on the other side of them which is why we got into dirt biking.

4. What keeps you here?
The community. We actually tried going back to Ontario a few times but once we had children there was no place I would have rather raised them.

5. Do you have a favourite Fernie pastime?
Dirt biking.

6. What time of the year do you love most in Fernie, and why?
Summer. We may have moved here for the snow, but I don’t like it anymore. I’m just too cold. I love summer and I love exploring.

7. Where do you hope to see Fernie in five years?
In five years I hope Fernie and area has no more feral cats running around and people are responsible about their pet ownership.

8. How do you start your day or what is one of your daily rituals?
Coffee with the morning news.

9. Tell us something people might be surprised to learn about you.
I’m really shy, and I cover it by talk talk talk talking!

10. Quote to live by: The family phrase is if it didn’t hurt then it wasn’t fun.