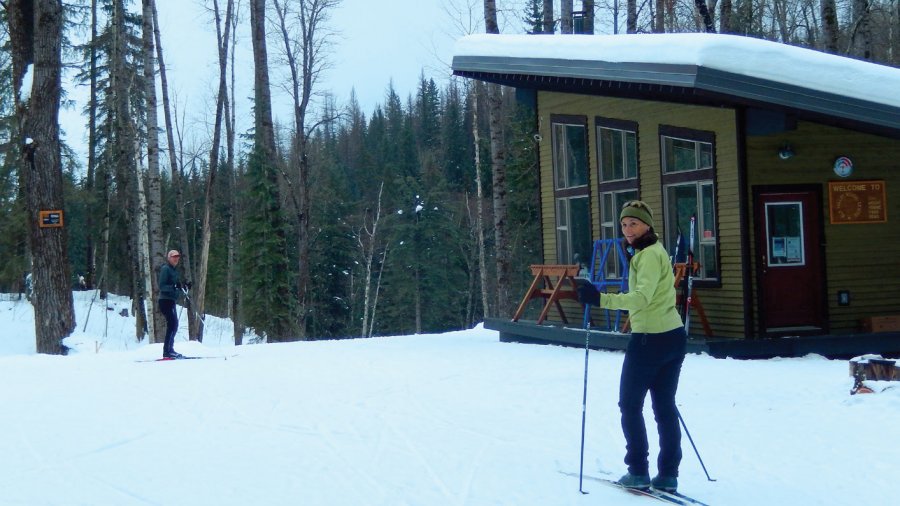 In the hustle and bustle of our 21st-century, multitasking, 24-hour news cycle, multi-home/vehicle/job, blended family lifestyles, the constant prompting to simplify and slow down can be as stressful as the lives we lead. And then you ask Fernie-ites how they simplify and they look at you quizzically; how do you simplify a life that is already removed from having/being/wanting “too much?”

Sure, a Fernie life is a non-stop routine of kids-work-activities-shopping-planning and so much more, but isn’t that one of our blessings? That for the most part, we’re not trying to keep up with the Jones’ as much as keeping up with Jonesey’s sled. That we are less interested in glass ceilings and climbing corporate ladders than we are with glass ice and scrambling up mountains. That we don’t mind if the bacon has a little less fat as long as we get it home somehow. Smug as it may sound, most Fernie-ites seem pretty happy with their lot; even when their lot is a lot less.

After the ho-ho-holiday season of non-stop parties, presents and piling on the pounds, I wanted to see how some of those who are busiest at the holidays – retail and front-line staff – like to simplify and unwind when the season winds down. The overwhelming response was that, while most already live deliberately simple lives, there are a few go-to refuges for recharging when it’s time to clear the head. Yoga featured highly. I’ve recently rediscovered its calming benefits, and while my practice is still woeful, it gives me a real sense of peace and clarity. With time, hopefully the peace and clarity will replace the clutter and clamour that is my unfocused mind. Getting out into nature was also a popular answer. Snowshoe. Nordic Ski. Walk the dog. A young visitor from Latvia summed it up perfectly – Unplug. Back in Fernie for three weeks after a season in 2015, he is happily skiing, reading and avoiding his laptop as much as possible. Bliss!

In the powderful first days of 2018, I avoided anything hectic, focusing instead on trying to develop some routines in my life. It’s harder than it looks, but I will keep at it in the pursuit of simplicity. On January 10th, I did drop by the Fernie Library’s Booked! event to hear the lovely Esi Edugyan speak and was reminded that some events can encourage a simpler life. In February, I hope you will take advantage of BC Family Day to find time to focus on whatever simple pleasures you enjoy. I’m looking forward to the wonderful escapism of the Fernie Mountain Film Festival on February 23-24 – there’s nothing quite so beautifully simple as the idea of devoting yourself to a single outdoor pursuit, as many of the features often portray. The community atmosphere is like a warm hug on a cold day. See you there?