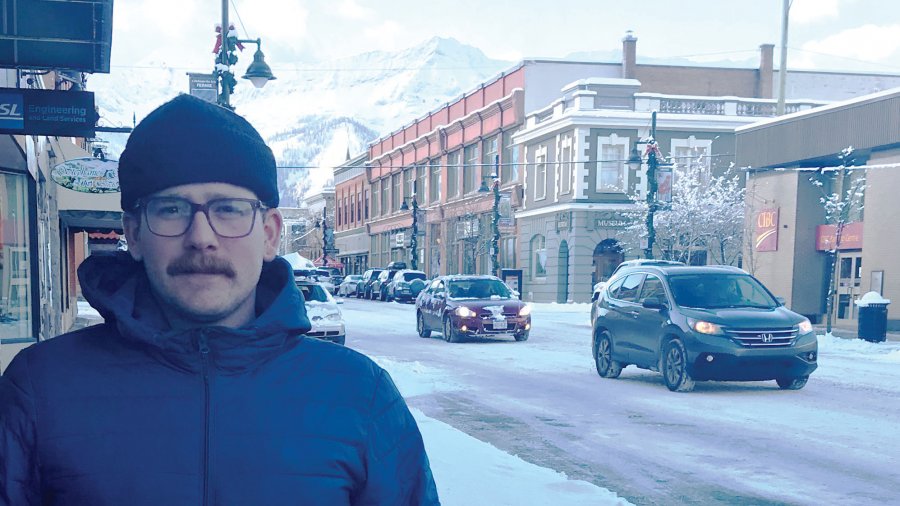 During the months of September and October 2018, Fernie was swept away with the Municipal Election. In stark contrast to the previous election, where one individual ran for Mayor and seven for Council, we had three women running for Mayor and 12 individuals for Council. It was an awakening, an opportunity. And the community of Fernie seized it.

At the Forum, all running had the opportunity to speak. And while all 15 were impressive, there was one individual that surprised many and drew a large crowd of young residents to the Community Centre. Morgan Pulsifer.

“I stand for a demographic that has been underrepresented in our municipal government - members of the community who don’t own a home, who have concerns about their ability to afford a future here. I invite my peers to the polls; we deserve a seat at the table.” Morgan invited, and they came. Our voter turnout was well above provincial average, coming in at 64.2%.

Throughout the election, we learned more about each candidate. But there was still so much I wanted to learn about this young man who stood up to take on an important role in our community.

Morgan grew up in Fernie. “I was born and raised here, it’s like I’m a Unicorn or something,” he tells me over coffee. “Growing up here was just the best. I don’t think I really appreciated it until I moved back. I had a pretty sweet upbringing here.” Like a lot of kids, Morgan wanted nothing more than to “get out of here” after high school. “I finished school a year early, moved to Vancouver Island and started studying at UVic,” he says. “I was dead set on a career outside of Fernie.” Morgan studied the Russian Language and Foreign Policy, and was on the trajectory to working at the Federal level but he admits that it was becoming a “big snooze” and he was tired of the 9-5 job in an office with no windows.

In January of 2016, he sold everything he had, gave notice and moved back to Fernie. “And that was that. I got right back into classic Fernie life… hopping on the bike, skateboarding every day, hanging with my mom and dad every day, reconnecting with my old gang of friends and all fun all the time,” he says. “You kinda got to get Fernie out of your system.” After a few months, he knew it was time to get to work and to make a plan on how he would go about settling down in town. “I quickly realised it’s pretty hard to do,” he tells me. Sharing that tree planting in the spring and summer has helped the financial burdens of living here.

“I started feeling pretty frustrated with the rental market. It was kind of the catalyst - it was the biggest thing our circle talks about, and how to be first-time homeowners… I’m trying to figure out how to describe it without swearing. “I also saw lots of good studies, strategies, third parties giving excellent answers and possible solutions, but didn’t see the City of Fernie act on them, which was frustrating to see.”

Over a year ago, Morgan started the conversation with his peers and family about running for council. He recalls a conversation he heard on the Drive with the previous mayor, discussing the City’s update on their remuneration policy to increase wages. In the interview, the Mayor said the reasoning was to attract younger residents from different demographics to consider running for local office. “I can’t recall what the numbers were - but I took it as an invitation,” he adds. “When I talked to enough people about it, I knew it was a one-way street. There was no way of going back.” Morgan admits that just prior to the declaration period ending, he had a bit of a meltdown. “What will my life look like? How will it affect my professional and social life? In the end I realised that there was no better time than now. It was an opportunity to give people in Fernie alegitimate election vs. the 2014 experience. People aren’t engaged if they don’t have a wider range of choice.

“Our demographic especially in Fernie is so good at complaining about the state of things but previously nobody wanted to step up. I can be that voice and transmit what is going on at a municipal level back to that group. Hopefully we can keep this energy moving forward. Four years from now, hopefully twice as many people run.” Along with many who ran in our last election, Morgan hopes to increase the transparency of the City. “That was my biggest goal on the onset of the election,” he tells me. “I want people to become engaged with City Hall… that they’ll familiarise themselves with the process and with how council functions in regards to policy and how those policies get carried out.”

Once he had made the decision to run, Morgan took it very seriously to ensure he was prepared for his new role within our community. “I spent last year pouring over council minutes, agendas, budgets, how we borrow, how we pay it back. Familiarising myself with municipal asset management, infrastructure development. I wanted to be capable to work on these things. It eats up a lot of my time, and it’s going to for four years. But I am ready for it.”

Thank you, Morgan, fellow councillors and Mayor. For opening our eyes and encouraging us to engage and participate. The City of Fernie is truly experiencing an awakening!

2. Who did you first meet in town? My best childhood friend and still to this day is Bradley Geddis.

3. Do you remember your first general impression of Fernie? I loved it here. I had parents who signed me up for everything. I was part of the Figure Skating Club until I was 12, then I started snowboarding. Had a ski pass since the day I was born. I was lucky I could grow up with a family who could support me recreationally.

4. What keeps you here? My family.

5. Do you have a favourite Fernie memory or pastime? Ya, I have so many. But it all relates to powder days. My earliest powder day memory, I was in afternoon preschool at the Community Centre and my mom would take me skiing every morning. One morning it snowed so much that it took us hours to get from the top of Deer Chair to the car because the snow was over my head. And it took us hours to get from the ski hill back to town, and I was so excited I didn’t have to go to preschool.

6. What time of the year do you love most in Fernie, and why? Oh the winter, 100% but I think December because on a day like today after 50 cms the amount of stoke that passes through town is a pretty special thing. I didn’t see a person yesterday who wasn’t in a super good mood.

8. How do you start your day or what is one of your daily rituals? Well, in the winter a quick walk up from my house to shovel out the shop. Without fail, almost every morning I come and get a coffee at Valley Social just because it’s a good place to run into my friends.

9. Tell us something people might be surprised to learn about you. I’m fluent in both Russian and Portuguese. And I’m a really good figure skater.