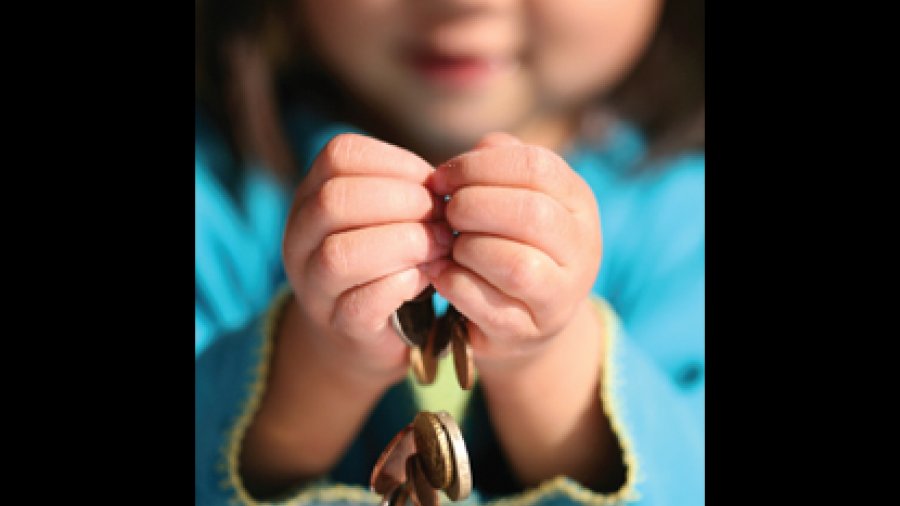 An investment in knowledge pays the best interest. Ben Franklin

At least a couple of years ago (see “Gimme, Gimme, Gimme”) I wrote about the value of an allowance; not to hold children accountable to their chores, but as a means of allowing them some financial independence. An allowance offers the opportunity to make some poor choices with real money in the hope that, with time, they will come to appreciate how to make it work for them instead of being a slave to needing more of it. We did this by starting three jars: A savings jar to which they had to contribute 10%, a charity jar to which they also had to contribute 10%, and the remainder went in the spending jar. Once a week they received their allowance.

Three years out we are happy with our experiment. Both of our children have become wiser spenders. They are less likely to fritter their money away on cheap toys that they know will break within a week. And best of all, as a parent, I have never been harassed by my children to buy things for them. “You can buy it with your allowance if you want,” is such a great way to motivate kids to decide what it is they want, and how much they are willing to pay for it.

If they see a big-ticket item that they really want, like a bike, or a skateboard they will save for it. In the summer they will pick and sell berries in the hopes of getting there a little faster.

Whenever possible they try and find other ways to fund their trinkets. In February, I asked the kids what we should get their father for Valentine’s Day. This was a mistake. My daughter did not have any suggestions for her dad but she did suggest we stop by Polar Peak because there was something there that I could buy for her.

“But we aren’t shopping for you.”
“Mom, Valentine’s Day is about showing people you love that you care.”
“Well…certain people. It’s more of a romantic gesture.”
“And you do love me, don’t you Mom?”
“Yes, but we buy presents for you on other occasions. Not Valentine’s Day.”
“Are you saying you don’t love me?”

I consoled myself with the thought that the ten dollars was money going into her bank account instead of being spent. That rationalization was my Valentine’s gift to myself.

Now it’s time to get a little more sophisticated. Based on an article I read in the Globe & Mail, I asked my son if he preferred saving money or spending it. I might as well have been asking if he would like pizza or braised tofu for dinner. The predictable answer, which I suspect from all available evidence only gets worse with age, was spending is more fun. Okay, next question: Would you like to have no money in the bank after your life of spending or would you like it if you still had money in the bank? His response was so long in coming that I started to wonder if my son, sitting cross-legged on the couch wearing nothing but his Spiderman underwear, actually was a reincarnation of Gandhi. Not that Superhero underwear resembles a homespun cotton loincloth but the posture and protruding ribs struck an ascetic pose. Finally, a non-committal answer emerged: money in the bank. He was playing along. He doesn’t care whether he has lots of money to spend or money in the bank; as long as he is free to be happy.

But he does like math so we pulled out the compound interest calculator to find out if there was a way to do both on the same salary/allowance: have more to spend AND money left over. If he saved ten dollars a month from age ten to 50 he would save $4,800 dollars in total. But with five percent interest per year he would end up with $15,333. Or, he could wait until he was 35 years of age and save 50 dollars a month, which would mean he would have put aside $9,000 by age 50. Unfortunately, despite shelling out five times more of his salary per month, if he waits until he is 35 to start saving he will only have saved $13,470 in total. In other words the early saver has more money to spend but ends up with more money in the bank. At the tender age of eight he is still mulling over the magic of compound interest. My daughter has little patience for my ramblings.

“Forget about all that. You have to live for today.”