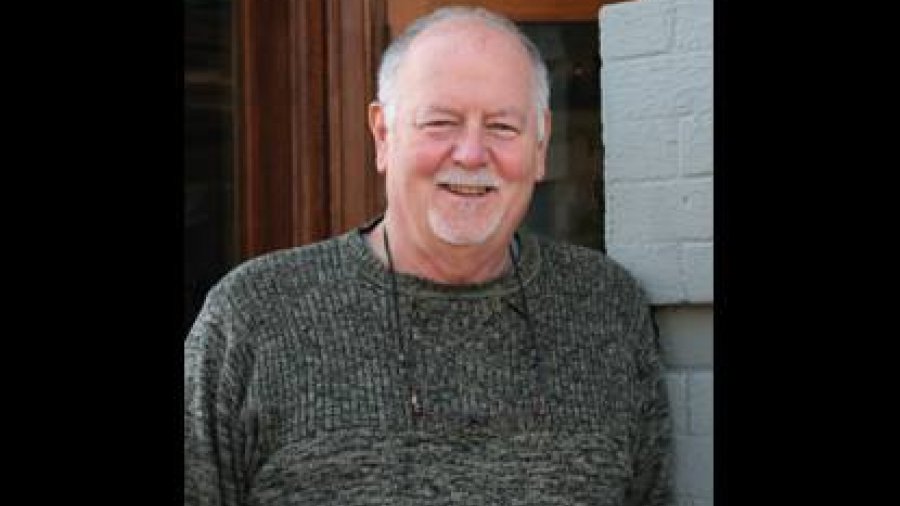 Over the last five years I’ve been a board member of the Fernie & District Historical Society, and while I have learned a lot about Fernie’s history I’ve also witnessed first hand the hard work and passion that goes into sharing it. Mike Pennock has been the face of the Fernie Museum since it reopened its doors in 2004, but his involvement goes far beyond appearances. As Mike slowly begins to back away from his position at the museum, we wanted to learn more about his role in helping us all remember.

With a background in geological engineering, Mike first came to Fernie in the fall of 1992 as part of a due diligence team looking into reserves, coal quality, and geotechnical issues at Green Hills and Balmer mines. When Teck Cominco acquired Elkview mine, Mike was transferred here (January 1993). When his mining career came to an end in 1998 and he changed gears and built logging roads for Crestbrook building logging roads, but it was after this position that he had a difficult time acquiring a job. Fortunately for us all he learned of interviews taking place for the Historical Society’s satellite exhibit project. “I went down, was interviewed, and was hired,” he recalls. Randal Macnair and John Kinnear were involved in the process, and after discussing George Dawson at length realized Mike was the man for the job.

Even after the project ended, Mike continued with the society offering “an awful lot of volunteer work.” It wasn’t long before the City of Fernie’s centennial approached and the society felt they needed physical presence. John Kinnear once again knew Mike was the man for the job, and they opened up a space in downtown Fernie for the summer months. The community welcomed this addition, and the society were interested in developing a permanent home for a museum. With $10,000 Mike made it happen, setting up the mix of funding that is essentially still in place today, including support from the Chamber, City, Province plus the museum’s own efforts.

Mike believes geologists are the world’s original historians, looking at the history of the earth. Wherever he has lived, he has always been interested in the history of the people -what brought them to this location and what occurred here. This natural inclination drew him to and kept him at the museum. In Mike’s opinion history is important for many reasons, but in a general sense “if you as an individual don’t know who you are and where you came from you can’t make appropriate decisions going forward.”

Through his involvement he has recognized increased interest in Fernie’s history, especially after the ski hill was purchased in 1997. “People wanted to know why Fernie is the way it is – the buildings, how it came to be,” says Mike. He was even interviewed by countless media sources. “The attention that came here was what helped the museum become more visible.”

Like we’ve all learned through our own brief histories, things evolve. “One of the things you need to be aware of in life is planning for succession,” adds Mike, as he begins the process of moving towards retirement. While there are still ways in which he will remain involved, someone needs to come on board to allow the museum a longer-term future. Not surprisingly, Mike’s excited to gear down from the pretty hefty job he’s held. Not only will he be able to focus on other aspects of his life, he will still be able to conduct research and interact with visitors to the museum.

The museum itself is in a phase of evolution. With the completing of the huge Museum Project including renovations and core exhibit at its current location, the physical space is as it’s going to be. Now, they begin the process of becoming more involved in the community.

We can all agree that change is good, especially witnessing the changes that have taken place with Fernie’s museum. But as Mike says, it’s important to understand how we got here. Thank you Mike, for helping us to remember.

1. When did you first arrive in Fernie and what brought you here?
I arrived in Fernie in January 1993 – I had been transferred by Teck to work at the Elkview mine.

2. Where did you first live in town?
For the first six months in the Ridgemont apartments until my family arrived, then where I do now – Parkland Terrace.

3. What was your first impression?
Snow – lots and lots of snow.

4. What keeps you in Fernie?
Family

5. Do you have a favourite Fernie memory?
An early summer morning in 1998 – the sun was hitting the Lizard Range and I thought how lucky I am to be alive and wished I could live forever.

6. What is your favourite time of the year in Fernie and why?
Early summer – everything is fresh green and new.

7. Where do you see Fernie in 5 to 10 years?
We have a good mixture of people, landscape and opportunities to make a living here, hopefully we don’t mess it up.

8. How do you start your day or what is one of your daily rituals?
It’s not a daily ritual, but shopping with my wife and socializing with whomever we meet along the way.

9. Tell us something people might be surprised to learn about you.
Not sure – my 27 years in the mining industry?

10. Quote to live by:
Decisions are made by those who show up.