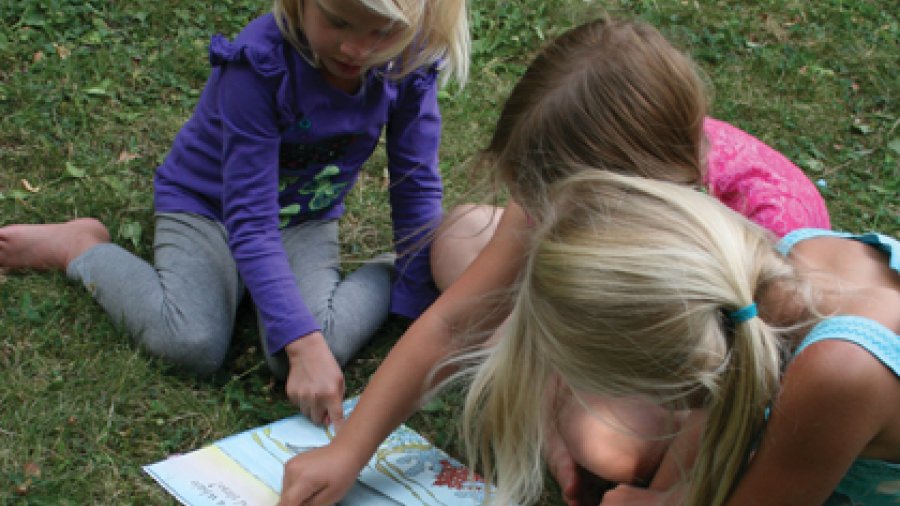 My son sprints down to the water’s edge, shovel in hand, and comes to an abrupt stop. He is surrounded by a quartet of much larger boys at least two, if not five, years his senior. They are not particularly concerned with my son: the sand castle project is well under way and construction will not slow for a new, smaller, arrival. Still, they have noticed his shovel. It is not one of those crappy plastic kids’ ones but has a solid metal blade with a wooden handle. It is left over from my partner’s tree planting days. I am fearful for my son and nearly jump to his aid, but nothing other than fascination registers across his face. They all take turns with the superior digging instrument, but they always give it back. And in return they help my five year old son carry heavy buckets of water to his desired destination.

A few weeks later it was my son who was the eldest in the group, and things proceeded in an equally inspiring, democratic, and collaborative fashion.

Collaboration: the process of sharing information and wisdom. When I was at school it was called cheating, and duly punished.

The idea that everyone should have the right to education was the brain child of the industrial age. At the time, public education was a revolutionary idea, with its fair share of vehement detractors: including those who believed that trying to educate children whose parents belonged to the working class was a waste of time. However, what constituted enlightenment during the birth of mass manufacturing has some weighty detractions. It might be time for a re-enlightenment. The first being the realization that perhaps schooling children using an industrial model of competition and survival of the fittest may not be the best for the earth: which is the only one we have to bequeath to our children. And, given my summer experiences, I wonder why children are educated in batches, according to age. As if the most defining feature about a child is their date of manufacture. I probably feel this way because I am not a teacher, but still, I can’t help but see the benefit of having multiple age groups learning together to problem solve.

If you look at the data on divergent thinking, measured in one study by the ability to come up with as many uses as possible of a paper clip, kindergarten kids score the highest, then early elementary, late elementary, etc. The younger children did better because they had fewer limits on the definition of a paper clip: like what if it were made of huge plastic and filled with water. Or filled with ethylene glycol and buried 12 feet underground, and called geothermal heating. As children age they usually become better at tasks, so why is it that our capability for divergent thinking, which is the building block of creativity, diminishes? I suspect it is a remnant of the industrial educational paradigm where what you know is more important than how you think. Why are math and history considered to be valuable learning subjects, but dance is not? There can be genius in dance. I have had some inspiring conversations with children as they bike, climb, or dance that just didn’t happen when they were sitting at a table. Some kids think through movement - so do some adults.

Don’t get me wrong, industrial educational values have served me very well. My education so impeccably trained me to perform well on standardized tests that I am quite certain I could score well on a multiple choice exam on a subject of which I have absolutely no knowledge, simply by deconstructing the question. But since I was released from the ivory tower I have met hundreds of brilliant people whom the education system deemed unworthy. Some of them can perform acts of genius with their bodies. Meanwhile my body has served mostly as a means to transport my head to its desired destination. This idea of creating a dichotomy, and hierarchy, between academic and non-academic streams fails to recognize so many different forms of genius: from emotional to social to physical to financial to artistic. We have reached a time in human development where the advice to get a good education and you will be awarded a good job is a fallacy. We are preparing our children for a future that doesn’t exist. And yet we desperately need our children to be great problem solvers. We need all that genius collaborating- that’s where great ideas are born.

If you have an average child living in your home, there is a 95% chance they are a genius. If you can’t see it, chances are you’re not looking in the right place.