It Really Does Take a Village 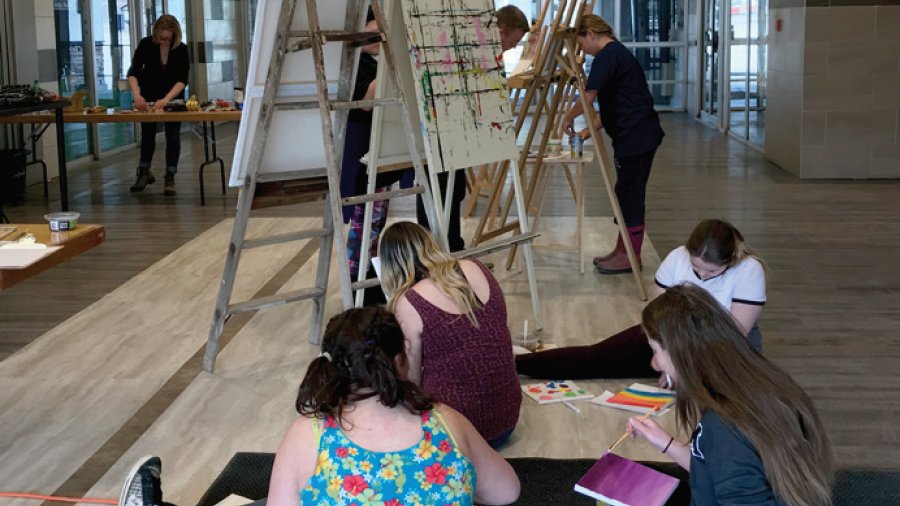 When your kid is a teenager, you don’t see as much of them as you used to. More and more they have a life of their own and you are less connected to their school activities, their friends, and where they go.

Your teenager may pull away from family time, he may spend evenings on his phone in a private bubble, or she might start hanging out with people that you find questionable.

How are we supposed to support and guide our teens when they resist our presence?

Before your kid was a teenager they wanted lots of direct attention, even more than you were able to give. When my son was young he had a constant refrain of ‘watch me! Look at this!’ But as teens, they are in a cocoon of change and don’t want our intense gaze nearly as much. This is where it helps to have other eyes on them. A community of friends and neighbours can act as an information network if we are able to plug into it. Here are some ideas.

Even though there were times my teen didn’t think I was the coolest adult in town, some of his friends did. I worked hard to create a relaxed and welcoming environment at home where the kids could hang out if they wanted to. Though they weren’t there to visit me I would offer food and be sociable, and over the years I learned a lot of things about a lot of young people and had some great conversations about what it felt like to be them.

It also helped that I frequent places like the dirt jumps, the ski hill, and the swimming pool because those are great venues for teenagers. I had a policy of always driving a kid home when they asked, and usually, I offered. Moments with teens can be brief, but they add up and can be approached strategically as an opportunity to build relationships and expand your network.

Other families acted in a reciprocal fashion, and they would often feed and drive my kid around when he happened to be at their place. This may be an indirect method of community building but it is effective because I would inevitably run into the parents of other teenagers at work or the grocery store or just on the street and we would share information. Often it would begin with, ‘thanks for giving my kid a ride home from the game the other night,’ and then the other parent would reply, ‘oh no problem! He is always so polite and friendly.’ Then the first parent would say, ‘you’re talking about MY kid?!’

Parents of teenagers can feel a bit desperate to catch glimpses of the sweet child they remember from those pre-teen days gone by. Even though our teens may seem moody and mysterious at home, they can appear quite average and appealing out in the world. I assure you I felt validated every time some other adult in the community had a nice report about my son. Random people would tell me they were served by him at the cinema or Big Bang Bagels, or his teachers would have a story from the classroom to share – and each of those encounters helped encourage me. Because no matter how delightful your teenager is to other people, at home his or her parents get the other side of the coin.

I tried hard to do the same for others, and I would go out of my way to tell parents about the pleasant interactions I had with their teenagers. I would tell those moms and dads how clever/funny/thoughtful/generous their kids were and we would talk about raising teenagers. Other adults play an important role when we have difficulty with our own kids.

Don’t let yourself get tricked into thinking you’re the only person struggling as you parent a teenager. There is no such thing as a kid so ‘good’ that they don’t have friction at home. That would be like saying a baby was too cute to make an explosion in their diaper. Both are totally normal phases of development that are more easily managed with the community by our side.