Humble, Helpful Hosts at Your Service 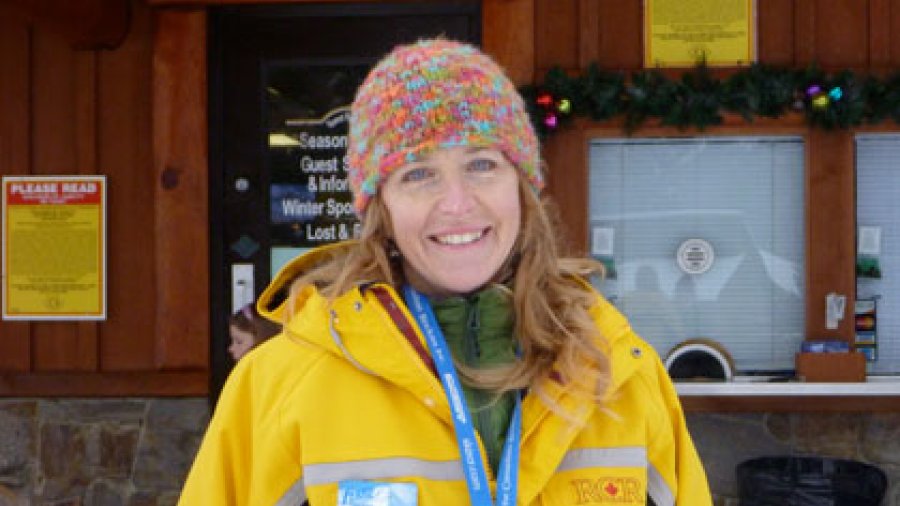 These days you can’t help but notice big smiles, clad in yellow jackets when you arrive at the ski hill plaza. Keeping the lengthy lift pass line's spirits up, directing lost souls to ski school or simply waxing lyrical about the joys the day has in store for you.

I chatted with a long term Fernie resident and an advocate of the hosting troops at Fernie Alpine Resort, to find out more about these yellow suited and booted individuals.

What does a ski host do?
After a slight pause and a small shrug that spoke volumes, “We’re like Walmart greeters.” On asking what that meant, I seemingly opened a can of worms that just kept on wriggling. “Change…there’s been lots of change.”

Change?
Official hosting it now seems is run through the Winter Sports School, The reason? “I’m not sure,” said my still shrugging informant. From some research, it seems the new hosting service is still free of charge, but you have to book in advance and an instructor has to be located for you – it’s not guaranteed a go. And rather than a full day, it’s a couple of hours. Subsequently changing “the relaxed and informative” nature of the once yellow jacket led tours.

Who is the host hunting clientèle?
In three words, “Solo. Returning. British.” It seems that one tour of the mountain just ain’t enough and many guests come back year after year to ski with the knowledgeable and highly likeable hosts throughout their vacation. “We’d do old side in the morning, new side in the afternoon,” so everyone got a good sense of what there was to venture into solo. If they ever actually went solo, as this would mean giving up the too good to be true service that was fed to them daily, on an all-you-can-eat free plate. I think I see why the change perhaps came about…

How does the change alter the service to the client?
“It’s a strange group dynamic between host and clients.” I see what he means – and all you ski hosts out there take no offence. From what I see and recently learned, the yellow wearing troops fall into one distinctive category – retired, 40+ (and then some), with a longstanding knowledge and love of both Fernie town and Fernie terrain. In short, “we are reliable and self managed.” A far cry from those spring chickens in red jackets you see skiing backwards down the Mighty Moose, of which I once was.

There are it seems other hosting services on the mountain, such as The Ski Club of Great Britain. Designed to cater for those wayward Brits, desperate to take their new gear (and of course fleecy hats) to previously unchartered terrain. FAR hosts and Ski Club hosts used to work together to ensure that guests were in a group of correct ability level. Resulting in everyone having a great day whether wearing a fleecy hat or not.

What do the hosts bring to the mountain and Fernie as a whole?
“We were a reliable information source on skis.” Now? Aside from greeting, pointing and navigating during the morning, the hosts of 2011 are let loose on the mountain to scoop up lost skiers or off-course snowboarders. An invaluable job no doubt, but I can’t help notice those worms still wriggling their way towards the edge of the table in a slightly disgruntled fashion.

It’s seemingly an unresolved debate and with two years into the change to the regime, there seems to be no sign of change. “So what?” you may think, as a local with superior knowledge of the mountain and confidence to ski solo any day of the week. The truth is, they’re a strong and unfailing army with few opportunities to join their ranks. For they are not work shy, they don’t see cruising the mountain solo as a day off, they instead see it as a great shame. And seem to genuinely be hoping for a reversal of fate.

So the next time you’re dashing for the Elk Chair, perhaps spend a moment to acknowledge the smiling yellow army as they wander the plaza, dreaming of the days that once were. They aren’t trying to rope you into anything or even sell you anything. They’re just there being helpful. And a great job they do, regardless of the dreaded word called “change”.