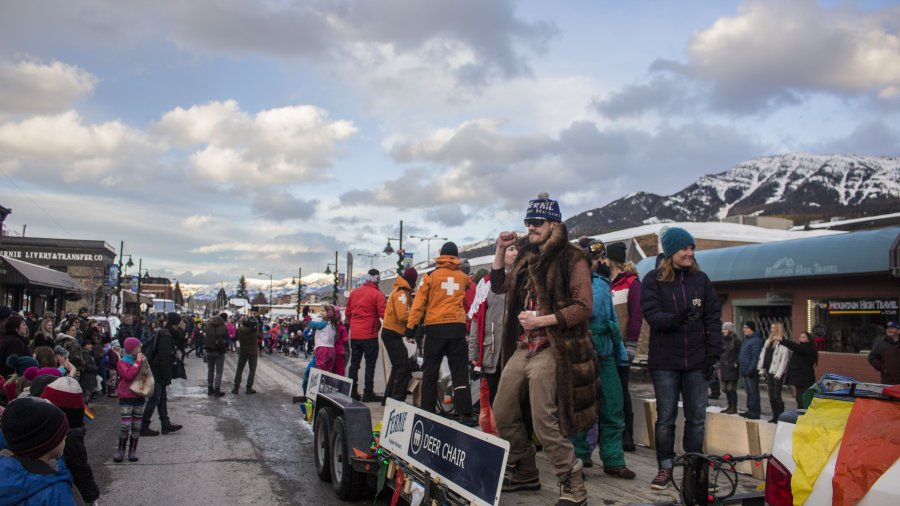 For just over 40 years, the town of Fernie, BC comes to life the first weekend of March to celebrate the Griz - a local legend who shoots his musket into the sky to encourage the champagne powder this ski town is known for to fall in abundance. The Griz was created by another local legend, Heiko Socher who not only owned and operated the ski hill, then known as Fernie Snow Valley, he built Fernie's most epic hiking trail - Heiko's Trail, among so many other accolades that helped to shape Fernie. Two mountain men worth celebrating, especially in winter!

Organized by the City of Fernie and Fernie Chamber of Commerce, Griz Days is a four-day festival that has something for everyone. From the Griz Crawl competition for those who have yet to walk, to the Snow to Ice (cream) Challenge for those interested in hitting the trails, to the packed lineup at Station Square for those keen on live music, entertainment and refreshemnts. Of course, one thing that brings everyone together is the Parade, running along downtown Fernie at 5:30pm on Saturday. It was even featured on the Rick Mercer report in 2017, Griz Day's 40th Anniversary.

For full details on what's going down this Griz Days, visit our events calendar. And don't forget to wear your plaid, and of course your Griz Pin. Otherwise, you might end up in Griz Jail!