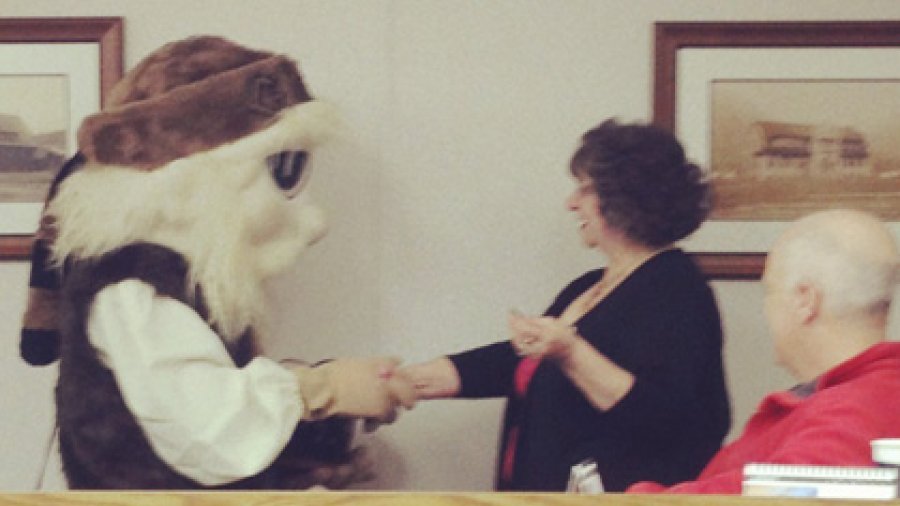 March seems to have appeared out of nowhere. A moment ago it was Christmas and a month that often shows signs of spring seemed an age away. Yet, after the perhaps most memorable winter month of the year in terms of snowfall, March is here. Hallelujah! And hello to longer days, warmer mornings and a much loved event in everyone’s calendar, the 35th Annual Griz Days Festival.

This year Griz Days start with a bang (a bang that could only come from a musket of course) and could by all accounts possibly be the best one yet. You heard it here first. And in case this is your first, it’s a celebrated event by Fernie enthusiasts of all ages – a weekend of parades, fireworks, high jinx, new events, old entertaining traditions and bountiful enthusiasm. Of course you know what comes next...it’s yet another event that would not run if not for volunteers, innovative committees and dedication. Luckily Fernie has all three.

I chatted with two ladies who are pivotal to the success of Griz Days and who represent the old and the new to a certain extent. Sharon Switzer from the City and the Fernie Chamber of Commerce Manager, Sarah Parry who has taken on the position of Chair.

How have Griz Days changed over the years?
“I’ve been a part of the Griz Days Committee for the past 13 years and I think that we’ve had times where we’ve struggled to keep it going on limited funds and volunteers, but we are so excited to be working with Sarah as our Chair. New ideas are flowing and we are planning what I think will be our best ever Griz weekend,” says Sharon.

Sarah, who is ready for the task in hand, yet undoubtedly low key, says, “It is my overall responsibility to ensure that this festival happens, however in no way will I take the credit. Yes, I keep things on track but the enthusiasm from committee members and the business community is overwhelming.”

What’s new to this year?
“We are trying to return to the roots of why the festival started. The Extreme Griz competition will return to the ski hill making it a real Mountain Man event and we will see the reigning champion, Steve Ruskay, hosting so no doubt it will be great!” says Sarah.

The weekend’s festivities has become a pretty tried and trusted formula, however it’s important to highlight new found successes, such as the Commit Rail Jam, as well as changes to improve the flow of the weekend, with the parade moving from Friday to Saturday evening. As Sarah points out, “It’s a great free opportunity for businesses and organizations to showcase themselves – people love a parade and this year we will see the return of commentary, The Cranbrook Bugle Band and fingers crossed more entrants!”

What’s the highlight each year for you?
“I like the Extreme Griz Competition. It’s such a good spectator sport and has had a long history,” says Sharon, whilst Sarah loves the hilarity of The Most Wanted event. “We have to thank our Fernie celebrities for putting themselves forward and not taking themselves too seriously. All of the people involved are dedicated to raising as much money as possible for a local charity and this year sees another deserving cause The Fernie Food bank. Sheriff Mark will be making his arrests downtown something that is great to watch and be part of.” Not to mention help bail out the odd familiar and slightly distraught looking face!

What do Griz Days bring to the community as a whole?
The response is seemingly unanimous. “It brings the community together to celebrate who we are.” Sharon goes on to add, “Griz Days is about celebrating mountain culture and whatever that is for you. Most people take in at least one or two Griz Days events and that’s reason to get out and celebrate.” Sarah, who as a fellow Brit probably still finds Canadian’s love for the cold slightly mystifying, points out, “Let’s face it who else would celebrate in minus temperatures? Ditch your swim suit and bring your snow suit!” (And your mitts, boots and toque).

Who makes Griz Days happen?
“The Chamber of Commerce with the support of The City of Fernie do the lion’s share of it, but it’s the people who make it happen year after year. If there wasn’t enthusiasm there wouldn’t be a Fernie winter festival.” Lucky we’re in Fernie then, where enthusiasm builds as fast as our snowpack and everyone loves the idea of celebrating this town’s Mountain Culture.