Five years have past; five summers with the length of five long winters. 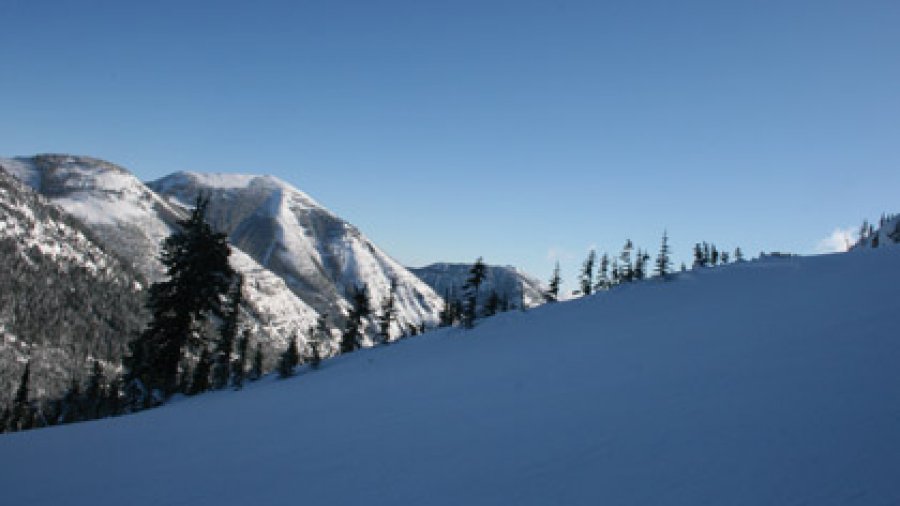 December 2006, the month of the first Fernie Fix, stands out in my mind quite clearly for two reasons. The first is that I have a freakish capacity for dates and details, meaning that I can tell you where I was, what I was doing and probably what I was wearing at any given time (well, to the week anyway, perhaps not the exact day). Now remembering everything so clearly is something of a mixed blessing. On the plus side, I sail through memory-based exams with ease and am a demon at table quizzes. On the other, people tend to be a bit taken aback when I can recall the smallest details about them after merely the slightest of acquaintances years beforehand: “Ah yes, we met in November 2005. You were wearing a red sweatshirt and had just returned from a trip to Ecuador.” In fact, they sometimes become slightly alarmed, perhaps thinking that I’ve placed a disproportionate amount of weight on our meeting and have been obsessing over them in the interim (I have not, in general, just to set the record straight).

But, anyway, prodigious memory aside, December 2006 takes on extra significance for me as the month in which, having spent the previous year living in Fernie, I dropped out of a PhD at Oxford and ran away back to the Kootenays to throw my lot in with the ski-bums of the world. I had not, as it were, had my fix of Fernie by that point and needed more mountains in my life than were on offer in Oxfordshire.

It was an exhilarating decision, though one not without its emotional pitfalls. It may have brought me joyous freedom, but I was also living hand-to-mouth, with no discernible career prospects, and not knowing where my next pair of ski-socks was coming from. Do you remember Alec Guinness’s iconic line in The Bridge on the River Kwai: “What have I done?” when he realizes, appalled, the consequences of his actions? I too felt like that at times as I coasted from ski-season to ski-season, that the wheels could come off it all at any time.

Of course, five years down the line, matters have sorted themselves out and dropping out of Oxford to go skiing no longer seems like such an insanely kamikaze life-move. I’m not sure if I believe that things always work out for the best; it’s a comforting thought but I suspect that life is in fact far more haphazard than that, and it’s more that we adjust ourselves to our new realities. But really, I’ve since moved out to New Zealand and have returned to PhD study, and am writing this, in fact, from our airy university library, sand between my toes and arms aching from surfing earlier on (I employ this term loosely: I was in the water with a surfboard, but what I was doing could not be described as “surfing” by any standard of competency). As my friends and I bobbed around in the aquamarine ocean, sun overheard, we looked like something straight out of a “Come Study in New Zealand” campaign. I have a milestone birthday coming up next year (hint: it’s not my twenty-first), and I am aware that even with the penury, the injuries, and the where-is-my-life-going uncertainty, my twenties have truly been spent living the dream.

So thank you Fernie for everything, for derailing my life and, in so doing, enriching it ten-fold. If it hadn’t been for the people I met there, many of whom had similarly eschewed high-paid, high-pressure jobs elsewhere to step it down a notch in the mountains too, none of it would have been near as fun. And thank you Fernie Fix, for giving voice to this inspiring community each month and for allowing me to be a continued part of it, even from a distance.

(I was trying to resist the lure of the Kootenays this year but of course I capitulated in the end. So after some last minute flight-booking and life-reorganization, I’m patching up my ski-bag with more duct tape and furiously running hill repeats to try to get my powder legs back in shape. See you in January, Fernie! “Distance learning” anyone?)