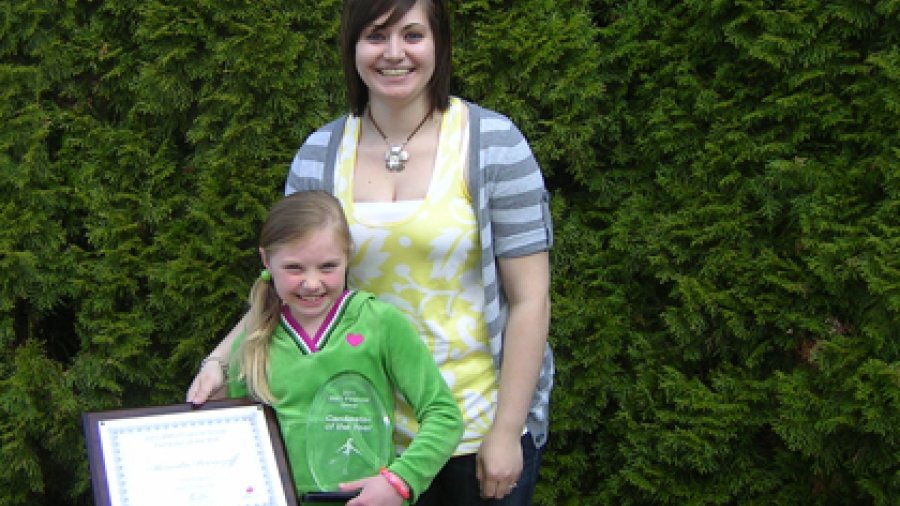 As the seasons are fast changing and attentions are turning to the arrival of snow, après ski anticipation and Ghostrider hockey games, this month I learnt about an alternative yet prominent ice related sport. Skating, which although being spectacularly bad at, I have been fascinated by since the days of Torville & Dean. However, it seems that despite being performed on ice, this is far from just a winter season sport. The Fernie Skating Club pride themselves on being one of the biggest in the Kootenay’s, is sanctioned by Skate Canada and for some of the participants (and their ever-supportive parents) is a year round focus. I met with Sue Lipkewich to find out more about what goes on during the ‘other’ ice-time…

How big is figure skating in Fernie?
From my knowledge of kids in Canada, they either ski or skate. However, it seems that I was wrong. In Fernie, many do both. The Fernie Skating Club is presently home to about 93 kids of all ages, a number that fluctuates each year, but remains strong. Split into five categories, ranging from Kid CanSkate to Senior, there is a home to anyone wishing to join the club whether aged two or 18. CanSkate is Canada´s only national learn-to-skate program, which focuses on fun, participation and skill development, gradually leading kids through a variety of moves and subsequently up through the categories, (or, as I learned, often eagerly into hockey if you’re a boy).

What’s the demographic of the club?
With over 40 kids in CanSkate, taking charge immediately sounds like a challenging task! However, with five coaches as well as many of the older kids taking the role of Program Assistant to help lead the younger kids and “put back into the club”, the club has it well under control. In fact Fernie Skating Club is home to the Provincial CanSkater of the year 2011, so this club clearly knows what they’re doing.

Fall season started in September, with CanSkate following in October. Parents of the unsure can opt to pay up until Christmas and if they take to it like a duck to water can then join for the rest of the season. Alternatively parents can purchase season length packages and dedicate themselves to the ice rink. From what I’ve heard it sounds addictive and a fantastic community club with something happening on ice almost every day of the week.

How do volunteers shape the club?
It seems that volunteers, as ever, play a vital role. All of the Board of Directors are volunteers and work hard to keep the club running smoothly, however volunteering works both ways and skaters and their parents also actively volunteer elsewhere – the Lions Club Demo Derby, the Sally Ann Kettle and they carry the flag at every Ghostrider game (I guess that’s why they never slip on the ice).

Then there is the task of fundraising. With a fee attached to participating in the club, depending on age, additional funds are always required. It seems these skaters have tried it all, from selling travel tickets, cookie dough or flower baskets to running coat-checks or bartending at Christmas parties (parents, not CanSkaters), or organizing Skate-a-thons (details coming soon)!

Everyone has heard of the Carnival, but what else is there?
The February Carnival is what every kid of any age wants to be a part of. Last year it was Glee themed, the year before the Olympics, this coming year, who knows! But it’s not just the Carnival that has these athletes practicing at every given opportunity. Fighting for ice time to get a program perfected is hard and takes a lot of time and dedication from coaches, parents and athletes.

Then there’s the travelling to competitions throughout BC, Alberta and Saskatchewan. The Kootenay Champs is a big annual event which moves around, giving clubs the chance to bid on hosting and making money from the influx of competitors coming to town, which Fernie hosted a good few years ago. Test Days are another important part of the season, along with the three week summer camp in August.

So there we have it, figure skating in Fernie is just as popular as hockey and skiing. Furthermore, it sounds as though we have some great talent, coaches and yet more dedicated local volunteers willing to give their spare time to helping local kids grow, learn and achieve their goals. Showing once again what a great town Fernie really is.

For more information on the Fernie Skating Club visit their site. And if you’d like to join the team of volunteers, they are still on the hunt for an Ice Chairperson so please get in touch!