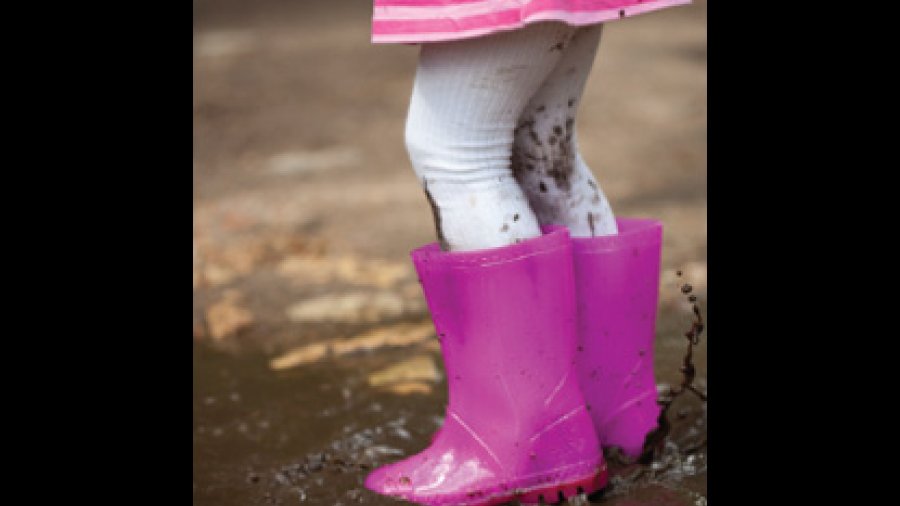 When I was a girl we could shop at Steadman’s, Fields or Saan.

Each store carried black gumboots with brown soles and elastic-smocked sundresses. My favourite sundress was pink, yellow and white. I needed gumboots because my projects included scooping minnows out of the creek with a green garbage bag that was fashioned into a net by making hundreds of holes with a hole-punch, skinning gophers and tanning their tiny hides and climbing on top of the goat shed to enjoy the view of Mount Hosmer. The sundress and gumboot uniform allowed ease of movement, access to muddy places and a sense of backwoods femininity, which still is the hallmark of my personal style.

About once a month we would drive into Cranbrook to get things we couldn’t buy in Fernie, such as a Volkswagen, rabbit food, salt blocks and slightly different clothes. My favourite t-shirt came from the head shop in Tamarack mall. It was pink, had my name on the back and an iron-on transfer on the front that said “Future Fox.” I honestly had no idea what that meant.

About once a year, we would drive to Calgary to buy school clothes. Many kids did not have this luxury, which was why every kid had the Garfield cat horoscope sweatshirt and velcro sneakers from Saan.

I was probably ten before I became label-conscious. I bought some red snow boots from Le Chateau. With the studs, straps and buckles, they looked like something Michael Jackson might wear on a ski holiday. After that I needed to go to the city to buy things like Doc Martins, baggy frocks and jeans with the ass already ripped out of them.

Decades later, I can embrace shopping locally again. It’s good to have options.