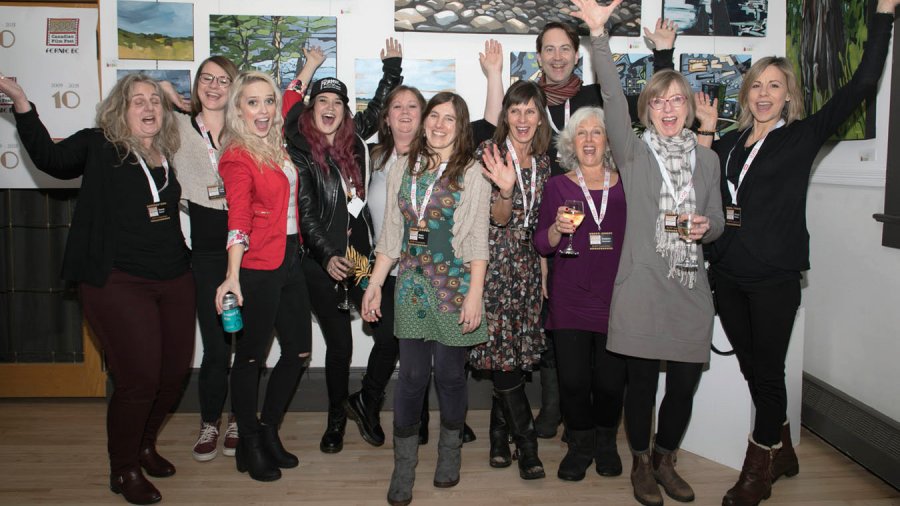 For me, January is film festival month. Not because of the Golden Globes but because this year, I rejoined the committee of the Reel Canadian Film Festival. I helped begin the festival around 2006 after Carolyn Nikodym suggested that our enthusiastic Indie Films Fernie group had all the right stuff to put together a film festival. In this age of Oprah speeches and female superheroes, the tenth annual RCFF was a gentle testament to the power of women and welcomed an all-female list of special guests starting with the young and talented Siobhan Williams, who played the love interest in the opening night film Adventures in Public School. Award-winning costume designer and Fernie local Flo Barrett received a warm welcome as she returned for her second appearance at the festival. Our third special guest, Grace Brulotte, was the first woman to heli-sit-ski in Canada and starred in the short documentary I’mPossible by Coleen Gentemann.

Outside, the slopes were heating up as Fernie Alpine Resort launched the new Fernie Freestyle Mogul Pitch with two days of Alberta Freestyle Association mogul competition. 21 young women and 38 young men from around the region bumped, jumped and flipped their way to glory at the first of what will hopefully be an annual event for Fernie. At the Griz Bar, the Kokanee Snow Dreams Festival kept the party going late into the night and with bountiful powder, it was an amazing weekend to be on the hill.

Not missing a beat, just one week later it was time for the JEEP Junior Freeski competition at Fernie Alpine Resort. Big mountain skiing and riding with plenty of big air made for a fantastic show, with Fernie’s own Eden Amundsen taking top billing in the F12-14 age group.

It may be hard to remember some of those amazing January powder days as we head into March, but there’s still plenty of winter fun to be had. Don’t miss all the fun of the fest at Fernie’s biggest event of the year, Griz Days gone plaid! Take a moonlight ride with the Fernie Snowmobile Association, or drop by the last of the Fernie Nordic Society’s winter events on March 1, 7 and 11. Later in the month there’s the Monster Energy Event and Kokanee Retro Weekend at Fernie Alpine Resort and the return of Shred Kelly for Stokefest! It’s party time!