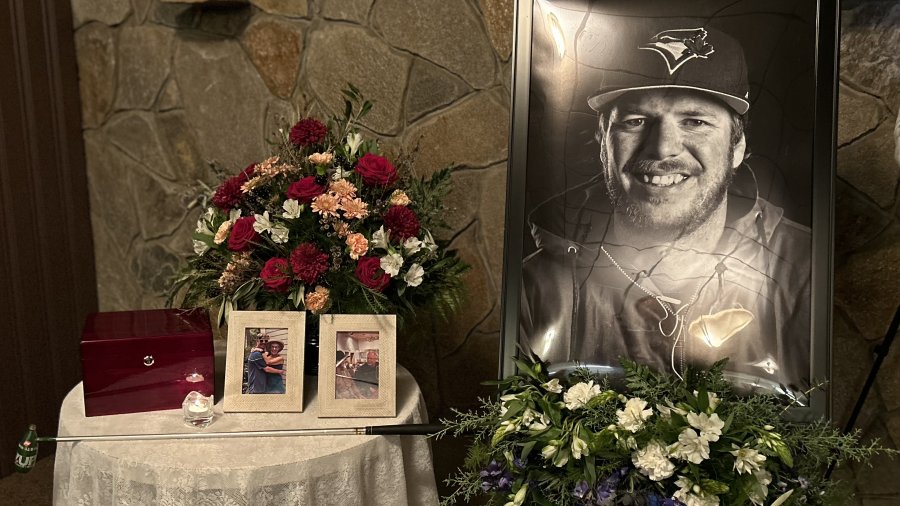 “Give me candy and we will be friends.” ~ Logan

Logan Gaede passed away unexpectedly in late October 2022. Logan grew up in High River with his Mom, Dad, two sisters, extended family and friends. Once he was old enough, he spread his wings and eventually made his way to Fernie, BC.

He was known in Fernie by many. His love of golf, disc golf, baseball, hockey, snowboarding, Transformers, candy, music, and people, but most of all his love for food and preparing it, connected him with many in the community.

With much sadness and grief Logan’s people, aka the Fernie Army, comforted each other at one of his favourite watering holes and put a plan in motion to support Logan’s family and help them to cope. The Fernie Army put money together in hopes of paying for any costs the family would encounter with his sudden passing. The community responded generously, and enough money was raised so that everything was covered! The money went towards his cremation, venue rentals, beautiful flowers, so much amazing food (all crafted by his fine chef friends), wine and beer, and all the family’s accommodations while here in Fernie. They didn’t stop there, staying engaged during the grieving process and involved in all decision making.

The Fernie Army gathered his special belongings and set up two wonderful celebrations of life: one smaller, more intimate one for family and close friends, and one larger one later the same day
for anyone who wanted to come and celebrate Logan. The first smaller wake was attended by 80 and the second was a massive celebration of Logan’s life that was attended by over 300 people, fully catered by all of Logan’s chef friends, with music, slideshows, displays of Logan’s favourite things, his mom’s “magic apples,” some swag, a candy table, and lots of fun, stories and general mayhem. Many stories were told to Logan’s family of all his Fernie adventures, how he made memorable wedding food or how Logan helped his friends out when they were going through their own rough times, making his mom realize just how many friends Logan had and how many he had touched with his kindness.

The Fernie Army continues to support Logan’s family with the sad and difficult tasks that are part of a death such as cleaning out his apartment, distributing keepsakes, etc. The Fernie Army is an incredible group of people who all came together for their friend and his family. To top off this incredible story of love and support, the Fernie Army is organizing an annual scholarship to give out at the Fernie Secondary High School to a student who would like to pursue a career in the culinary arts.

Thank you, Fernie Army, truly an army of the heart. You are a force to be reckoned with!

In:
Community
Tags:
Logan, Fernie BC, The Fernie Army