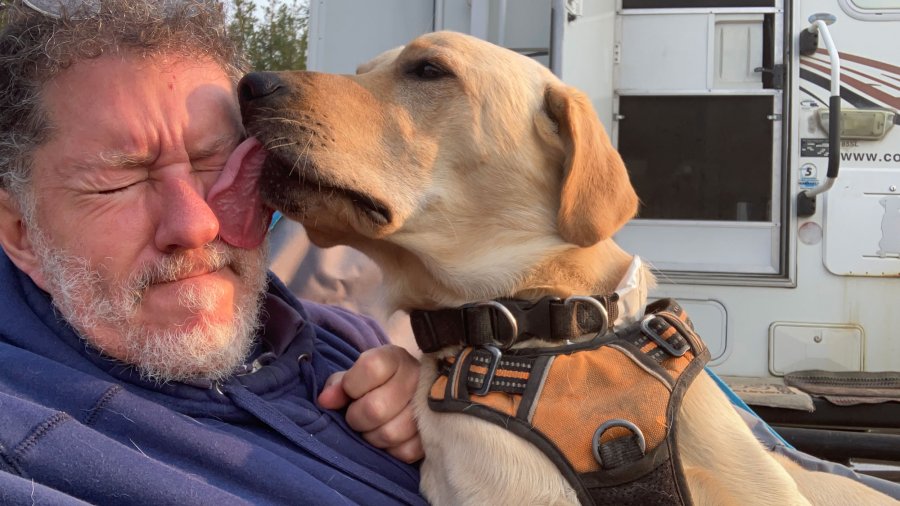 When I think about the holidays, Christmas Eve is at the heart of it all. We always were allowed to open one present (once we opened them all, and that was a lesson learned), and my mom made sure it was a dress for that evening’s celebrations. When we were younger, we would attend the family mass, many times singing with or playing piano for the choir. As we got older, we not-so-patiently awaited the year we were allowed to attend Midnight Mass. One by one, my sisters’ and I gained access to this coveted event, and the magic of Erin Teeple’s beautiful voice singing “Oh Holy Night” from the mezzanine.

As I got older ‘church’ shifted to the mountains – it’s where I find solace and feel connected. But I still enjoy spending time in places of worship. When travelling, I seem to gravitate to them, light a candle/make an offering/kneel or sit in silence and just take in the energy.

In Fernie, we have many magnificent places of worship and beautiful individuals who support congregations and our community. As the holidays approach, I reached out to Father David at the Catholic Church as this building is as magnificent as they come and if you’ve met Father David, you know his love and energy embody the true spirit of this time of year.

Father David was “born and bred” in southwest of England, having been adopted to “the best mom and dad in the world,” he tells me. After school, Father David studied mathematics and after graduating, secured a job with Lloyd’s of London. “It was the greatest fun you could imagine. It was the 1980s and computerization was just coming in. This big group of insurance companies took me on as suddenly there was all this data! They would come to me with a worry, and I would turn it into something and present it, and they would look at me in awe… it was nothing to do with me, it was the massive computer they bought!”

“At first as a young kid it was a dream and a bit of an ego trip. But at the time, the company was privately owned by someone who was the 70th wealthiest person in England. I completed a project that resulted in 2.3 million pounds and I thought, why am I working to make a very rich man even richer? I was working ridiculous hours and giving my heart and soul to the company. There was an exec who I had fashioned myself after, who was laid back and honest. One day he was let go and I realized there was no sentimentality. I worked out what was valuable in life.”


Father David starting thinking things through, and always had this idea of priesthood in the back of his mind.

“I thought it would be so boring. What does a priest even do? I thought I would be braindead in no time, that I wasn’t the type. But I met a number of different priests or students who did not fit that mold and realized, either I need to go and exercise this feeling or it will be with me for the rest of my life. I knew I could leave my job and come back if it didn’t work out. After a year, I knew it was something I really wanted to do. It had more value than anything else I have ever done,” he shares.

Father David worked for a Bishop in England, who regularly sent priests to areas in need. In Canada, there was a real need for priests. 21 years ago, Father David was sent to Northern BC. In 2005, he received an email saying his biological parents lived in Vancouver. “By this time, mom had passed, and I had met my parents (the Taylors) in Canada. That’s why I’m still here! I have three siblings, and of course they are not Catholic and have different surnames!”

Father David arrived in Fernie just over five years ago, and has thoroughly enjoyed his time here.

“What I love about Fernie is the chance to be a part of the community,” he tells me. Father David supports the Fernie Ghostriders and realizes that the players are into hockey ‘big time’ and it’s their complete focus. “They are young, away from home, and there is a lot of pressure to perform on the ice, and they can come talk to me, bounce ideas off me, that’s how kids share. It’s the ministry of being present which is so important in the community generally,” he says. Father David spends a lot of time camping, and has a rule that whenever he meets someone, he introduces himself and what he does. “And it’s amazing the reactions and conversations, and they might walk away from that and think about me and what I do differently.”

Father says one of the greatest compliments is when someone who is not Catholic calls in a time of need. “That means the church is doing what it’s meant to do – be a place of solace, which of course isn’t an image that we have. We have done so badly with that, it’s an uphill battle. Which means I have to double my efforts. I do believe it’s something we should and could be.”

Holidays are a very busy time at the church. “In Fernie, we have the incredible privilege of hosting so many people on Christmas Eve. A gigantic church, full to the brim,” he says. “I ought to provide something that is meaningful, and perhaps as equally important, not put them off. I want to make something that enables them to celebrate Christmas and feel comfortable coming back the following year.” Father says this is very unique to Fernie. “One year, I got in late and was told ‘it’s standing room only’ and I was like, ‘I think I have a reserved seat,’” he adds with a laugh.

One of his principles is not competing with others trying to do the same thing. “One church does this, another that… the Salvation Army does such an excellent job and we produce a great difference by supporting them and asking, ‘how can we help you?’ And hopefully, it’s what our people do, too!”

We agree that the holidays are a time of giving and being together. Having already written two of his Christmas sermons, and spent a lot of time thinking about it, Father David shared this Christmas wish:
“Christmas is a time when we lay down a lot of our memories of extended family – going to grandma’s, visiting aunties and uncles. That’s been difficult the last couple of years, my hope is that people can get together and (particularly the kids) can lay down memories of Christmas and the joy of being together.”

Thank you, Father David! I hope you have the opportunity to create your own memories this holiday season with the ‘Taylors’ and all of your nieces and nephews.

1. When did you first arrive in the Valley and what brought you here?
May 2016 and I was sent. We get told where we are going.

2. Who did you first meet?
Andrea Brennan, we arrived around the same time. Two newbies together.

3. Do you remember your first general impression of Fernie?
The size of the church and the age of the church – I had not seen a brick built beautiful church since in Canada. I took a picture of the bell tower and thought ‘wow!’

4. What keeps you here?
The Bishop! We are told when to move, but I am very happy here.

5. Do you have a favourite Fernie pastime?
Getting out into the bush. Being in the middle of nowhere, and silence… but I also like the train whistle. You can be anywhere in the valley, and you hear that. I find it lovely.

6. What time of the year do you love most in Fernie, and why?
I do like the summer because it’s much easier to be in the middle of nowhere, no mud or snow!

7. Where do you see or hope to see Fernie in five years?
I think Fernie’s got tremendous potential, the beauty of the quality of life here. Particularly after COVID, I think people will put more priority on the quality of living. Many will want to stay and be part of one community, a place where family can come. There might be a significant shift in society striving for what we have here.

8. How do you start your day or what is one of your daily rituals?
I wake up at 6am whether I want to or not, (when I changed the clocks I woke up at 5!) I have a cupboard and a chair and created a prayer corner and I get in there every morning for an hour (or less). I start my day from that point, focusing myself psychologically, so when I step into the world I have my brain organized.

9. Tell us something people might be surprised to learn about you.
I’m quite a good cook! People are so kind and give me meals and it’s marvelous because I’m so busy, but sometimes I wonder do they think I can’t cook?!

10. Quote to live by: No, I don’t have one. Because part of a priest’s prayer life is praying the Psalms from the Bible, and if you’re going through those every day, they stick with you and at different times, different Psalms come to me. Sometimes my brain will be in such a panic in a situation and I don’t have to think or articulate because the words are there.