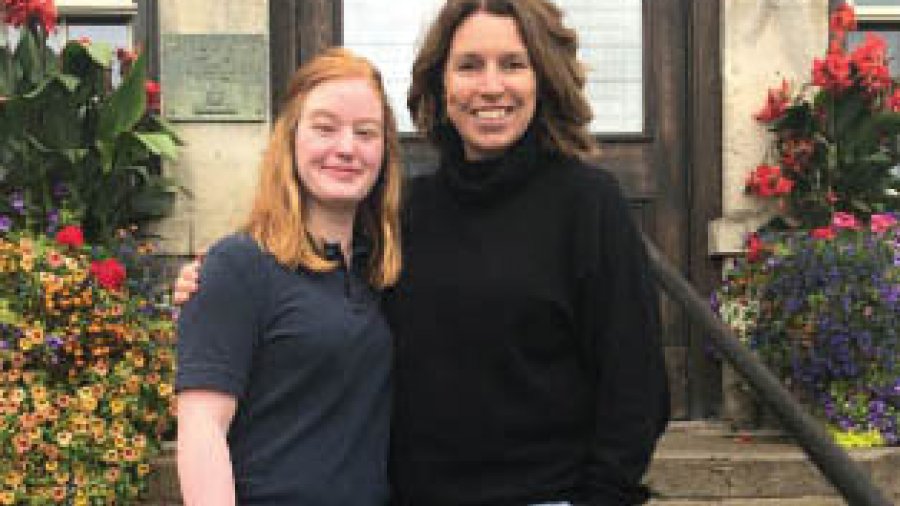 We are days away from the Sixth International Columbia River Transboundary Conference, and I can hardly wait. It feels like a hundred years ago I wrote my thesis on competing users for water on the Bow River, where I modelled the value of recreation users using a lens that allowed them to be considered with importance, just as industrial users. Water management, accounting for the total value to a region of bodies of water while allowing water licensees is a subject that has always interested me.

I was thrilled to be contacted by Fernie resident Aislinn Dressler, for a follow-up conversation with her about her experience;

AQ. Were you surprised to see my name on the list of contacts as a member of the Columbia River Treaty LGC?

AD. I was very surprised to see that your name was on the list. To have another individual that I know in our small community of Fernie be connected through our interest and knowledge of the Columbia River and its Basin is amazing.

AQ. What made you apply for the Columbia River Field School opportunity?

AD. I applied for this program mainly because of the adventure. I was also attracted to the canoeing certification and four high school credits offered through this opportunity. As well as this, I wanted to apply because it was a course based on environmental studies and knowledge pertaining to our region.

AQ. What were the highlights of the trip?

AD. I have many highlights from this two-week journey. Intellectually, I found the Symposium in Castlegar an amazing experience. It was a gathering of interesting and passionate people in the Columbia Basin with an opportunity to discuss many of the problems and opportunities for growth within this watershed. We learned about the local effects of climate change, salmon restoration, and youth involvement. Another highlight for me was the last night of the trip where many of us took the opportunity to stargaze next to a creek bed and talk about the journey. Many of these friendships and memories are invaluable and without this trip, I would not have them.

AQ. Before this trip, did you have any idea of how amazing the Columbia Basin Trust is for youth in our region?

AD. I had no idea how many amazing projects for youth in our communities and watershed were funded by the Columbia Basin Trust. This amazing field school proves the value of the trust and its success in its engagement. And because of this funding, 16 teenagers from across the Basin have so much more knowledge of their own homes.

AQ. Do you want to share how the Columbia River Treaty has impacted our region, and what people should know about the Treaty?

AD. The Columbia River Treaty has impacted our region enormously. It allows for the Koocanusa Reservoir, caused by Libby Dam, as well as demonstrates mistakes of our past in regard to the Indigenous Peoples of the Basin. However, the dams also provide clean power for our region. This topic is very complex, and with renegotiations of the Treaty, it is beneficial to educate yourself and others on the Columbia River Treaty’s importance.

I couldn’t agree more, renegotiating the Treaty is very complex and I am so pleased a group of teens had an opportunity to join the conversation.

For more information about the Columbia River Treaty Process; engage.gov.bc.ca/columbiarivertreaty/