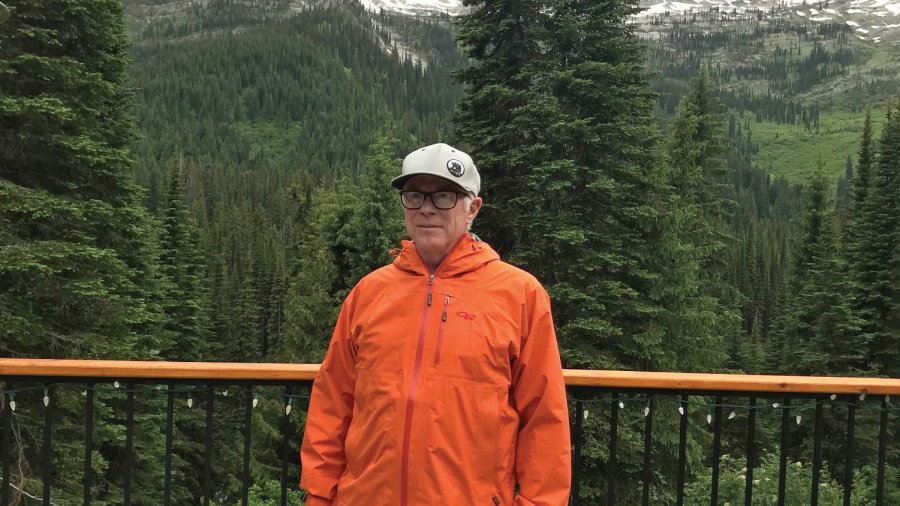 The first time I visited Island Lake Lodge was on a class trip in Grade 6. Jen McDonald was a classmate and at the time her dad was one of the owners of the property. I remember sitting in the Bear Lodge, where we were served lasagna and salad, and then taking an interpretivewalk to a nearby meadow in the Old Growth Forest. It left a lasting impression, not surprisingly. I am still struck by its beauty every single time I visit. Whether Nordic skiing, snow shoeing, trail running, mountain biking, taking a snowcat or driving… it’s hard to avoid your jaw dropping as you approach this majestic and expansive property.

28 years has passed, and while a lot haschanged at Island Lake, one thing has remained the same - they are dedicated stewards of this land, and passionate about what they offer to the community. Recently, I sat with CEO Doug Feely for coffee to catch up, learn more about what is going on at the lodge, and to see what the future holds. Even though I’ve known Doug since he first moved to Fernie, I had no idea of his background in this industry.

Doug began as CEO at Island Lake Lodge in 2010, after working extensively in the ski industry since 1979. “I initially worked at Copper Mountain Colarado,” he tells me. “As Interwest started acquiring resorts in the US, I moved into a new role managing their business interests in US. It took twenty years off my life.” Eventually Doug moved to the Interwest corporate office in Vancouver as CIO, and was involved with the entire portfolio. “And then I left Interwest for Canmore to take a year off to climb, ski and play,” he tells me. It was during that time that a friend of Doug’s heard that Island Lake was looking for a CEO. “I had been to Fernie as a guest, so came for an interview… and the rest is history.”

Over the nine years Doug has lived here, we agree that summer tourism has grown extensively. “I took my friend biking the other day, and he stopped downtown and said, ‘there’s nothing else quite like this.’ And he’s right. But having said that, the overall look and feel has not changed at all. Which I think is awesome, and is part of the reason I moved here,” Doug shares. Island Lake has seen weddings increase exponentially with it being 50% of their summer business. Bed and breakfast and the restaurants make up the remainder. “It’s quite strong, and can be stronger,” he tells me.

On any given summer day, the Lazy Lizard Trail which connects the Mount Fernie Provincial Park to Island Lake is busy with bikers heading to the Lodge for lunch, to take in the views and enjoy a refreshment. The full parking lot is a representation of guests enjoying amenities such as an overnight stay, spa treatment or hike on one of the trails accessed from the Lodge. Throughout the summer, the resort hosts weddings averaging 90 people, with roughly 40 able to stay at Island Lake and the remainder in town. “This is part of the socio-economic impact we have on Fernie. These guests stay at hotels, dine out at restaurants, shop in stores along main street,” he says. Island Lake is also one of Fernie’s biggest employers, after Teck and Fernie Alpine Resort, employing roughly 80 staff in summer and winter who contribute to our community.

What is amazing is that the staff at Island Lake still see opportunities for growth. For example, the original plan for the Lazy Lizard was for there to be a phase two, with an official ‘down.’ “It’s one of the most popular, heavily used single track trails in Fernie. Phase two would be built for safety, but also finishes a trail that was always meant to be two-parts in a beautiful area.” Additionally, they have multiple visions on what will be their next hiking trail. “Hiking is a huge deal up here, we’ve been actively looking at opportunities focusing on the Lizard Range, whether that heads to Big White or in the other direction we don’t know just yet.” Have you heard of Via Ferrata? I hadn’t either, but it’s another awesome adventure option being explored by this crew… and it looks pretty exciting.

And while adventure is very popular, Doug is quick to say that there is also a huge demographic of people who, “come to just take it all in and relax. To spend some time with family and get away from it all.” When it comes to winter, they are focused on taking advantage of their assets. An example is their lunch and spa days. “It gives people the opportunity to come and experience winter at Island Lake,” he says. Originally it was a way to deal with leftovers from dinner and filling lodges, now it has grown into a popular option especially when guests are visiting. Doug is also very proud of their Nordic trails. “We get the best snow up there, because of the elevation but also because we get a lot of it,” he says. “And we maintain the trails every single day. The team is diligent to make it as nice as possible.” And Cat skiing? While they sell out a year prior, with over 85% repeat cliental, they see an opportunity in the European market which largely is unaware of Catskiing. They also want to eliminate any barriers for those intimidated by the sport, particularly women.

After speaking with Doug I recognise one of the things I love most about anyone I know who works or has worked at Island Lake - their passion for this place. “We see ourselves as the custodians of the land, as does the owner (Patrick Callahan). We know how important this place is to all of us and to this community,” Doug says proudly. He also adds that they are heavily invested in the community, as volunteers on various boards, at events, and giving back to organisations that align with their mandate to support families and children within the community.

As always when I do this feature, I’m struck by the care and dedication Doug has for Fernie and its community and all of the things that make this place special - one of which being Island Lake which has definitely reached a potential I didn’t realise possible on that class trip in 1991. “I just became a Canadian citizen in January,” he tells me. “It’s kind of cool and you can’t kick me out now!” We wouldn’t dream of it, Doug! You are more than welcome.

1. When did you first arrive in Fernie and what brought you here? For this position with Island Lake in 2010.

2. Who did you first meet? Probably Sue and Eric Boyd quite early on.

3. Do you remember your first general impression of Fernie? I think it was the quaint, historic downtown, with the mountains in your face. The two things that jumped out at me when I was first here as a guest fly fishing in 2002 and 2003.

4. What keeps you here? My partner, Bernie Palmer. We’re together here. And the job… and it’s home now. Whether working at ILL or not, I’ll be in Fernie.

5. Do you have a favourite Fernie memory or pastime? Hard for it not to be ski oriented. The day my guide manger called me in the morning and said we got over 100cm overnight, unsure whether we’d be able to run the cat - just so much snow, and so light. He was worried about keeping track of our guests. I scurried up there, and we skied on Mount Fernie exclusively, it was so fun and I had never seen as much snow in my life.

6. What time of the year do you love most in Fernie, and why? I love all seasons. I don’t have a special one. In every season there are activities I enjoy doing.

7. Where do you see or hope to see Fernie in five years? Kind of what I said earlier, the same in many ways but I would like to see the changes be around things that are really necessary. So, maybe an example would be safer access across the main highway. Things that need to change for the city to grow in a safe way.

8. How do you start your day or what is one of your daily rituals? Coffee. In the winter it’s weather and avalanche forecast with coffee. Summer, checking out the fire danger across the province… and coffee.

9. Tell us something people might be surprised to learn about you. I guess that I was a 2009 Ironman Finisher. I swam as a kid, but when I first went back into the water I had to “learn” to swim. Always been a jock, but realised I had to learn to run again once I got a coach. I finished 11th in my age group, and attribute that to learning.