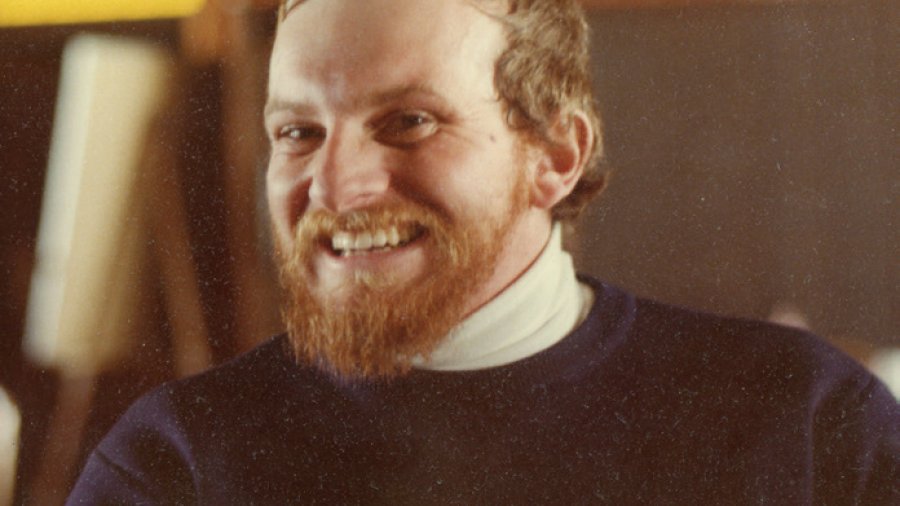 In 2009, Laura Nelson, President of the Fernie and District Historical Society, asked if I would join the board of directors. They had recently received the keys to the BC Hydro Building (the historic 1910 Home Bank building) from the City of Fernie to begin the Fernie Museum Project. How could I say no? Restoring one of Fernie’s iconic historical buildings to become the permanent home of the Fernie Museum was an exciting prospect.

It was on this board that I was introduced to Dave O’Haire, but while we worked together for six years it wasn’t until recently that I fully understood how much more there was to be discovered! We met for coffee at Freshies, for one of the most interesting interviews (and lessons on Fernie’s history) I’ve had in the last 13 years.

“All of the men and women were coming back from Europe having been there at army/airforce/navy bases as Guardians of the Peace. Thousands of people returned to Chatham Base (the biggest base in the East Coast). They still had to put in their hours, so one group decided to build a ski hill. I became involved at the age of 11.

“I learned all about skiing, was taught the old Austrian style. Then when I finished High School and my parents moved to Montana, I got a job teaching in the Gatineuas outside of Ottawa.”

Soon after, Dave moved to West Castle (now Castle Mountain Resort) where he met a fellow ski bum and skied throughout Alberta and BC. “I came through Fernie in the spring of 1970… this ski hill is like five miles from town, not 100 miles up a dirt road! In Fernie, we could stay at the bar and stagger back to town. I was used to walking further than that!”

It was the long weekend in September, and Dave decided he wanted to work at the hill. “I got hired, teaching skiing for Heiko and working in the shop at the hill. It was still a club back then,” he tells me. Since nothing was happening at the hill during the summer months, Dave turned to other things such as seismic exploration. Similar to many living here today, he did whatever it took to stay in Fernie and ski.

Dave worked at the hill from 1970 to 1985. “When Heiko took it over, we did the maintenance, the ski school, all of those things. After a year or two, it was a lot and Heiko took out more management. Dave Rogers showed up to run the ski school. Bob Brydon showed up to do the grooming, I took over outside maintenance. Three or four people as the core,” he says. While they had this cohort of managers, Dave said they always wondered who would show up to work come Fall.

“In the early days, the staff party would be 12-14 people. In the 80’s, probably less than 50! Fernie Snow Valley was probably the last ski hill run by a person who wanted to ski. Heiko and Linda came to ski, from the start of when the snow fell to the finish. It was the sport, and people came for that.”

Having grown up skiing at Fernie Snow Valley, I remember a bit of the magic. So I had to ask why Dave moved on.

“I transitioned out, as there was talk of growth and expansion. I wasn’t into that. I liked what was there. So, I decided to do something else.”

Having grown up in a very political family, Dave was drawn to City Hall.

“It was across from the post office in the back of what is now the Library,” he says. “In the evening I would go to the council meetings. The administrator finally asked if there was something they could do for me. ‘I’m just interested, I’m coming to learn about the town.’ I said. When they moved to the new location, I was still going but asked if they had a package of information available before the meeting. So they had a meeting, and decided to make portions available to the public with a package. There was one copy, so the first one there got it.”

When Dave became aware of the BC Winter Games being interested in Fernie as a host community, he got involved. “It was 83-85, I volunteered with the mayor and helped garner names in support of holding the Games. Fernie has the highest number of names per capita of any town in the province!” he tells me.

“As things progressed, the mines shut down. The Ridgemont Apartments were vacant, shops closed on main street, the population went to 2900 from around 4400. We hosted the Games in ’87, and it was an economic stimulus in a downturn for Fernie. Luckily, the 2000 athletes had a place to stay - the apartments were available! Every person in this community helped in some way, and it turned into a wonderful event,” Dave says. And I recall sharing this feeling of community and how our school got behind it. Dave was the recipient of the Dogwood Award, for being an outstanding volunteer for the BC Games.

Shortly after, Dave’s wife Noreen who taught school was part of Tunnel Theatre, which became the Arts Council and of course, Dave got involved.

“I watched them lose a number of buildings over the years, until they started dealing with CP Rail and the City and got the Arts Station. I volunteered there, again it was a downtime in the economy. Job Track, now WorkBC, had a program that promoted ‘un-hireable people.’ They learned skills, had jobs, helped with the project, and many went on to other jobs. It was a success, building a home for the Arts Council and creating skilled people,” he tells me. “I became the Administrator of the Arts Station, it’s where I got my practicum in the arts. One of the benefits was being ale to take any of the courses that any of the groups were putting on. I’m sorry I didn’t take the quilting course, but I studied photography, lighting, theatre, painting… alongside the administration. Booking, cleaning, maintaining the building as well as working with all groups and organizing the time slots. I did that for 13 years.”

Because of Dave’s experience with the Arts Station, it came to no surprise that Laura Nelson and Rod Geddis approached him to be a part of the Museum Project. “They asked if I would bring that to the Historical Society… which I did,” he says. “I started in around 2005, and have been the President for the last five years. Volunteer to high volunteer.”

When asked what all of these community experiences have taught him, Dave shocks me in the best way possible.

“The most important thing I have learned is we wouldn’t have any of these things without the quality of women we have in Fernie. Mary East, Rose Watson, Laura Nelson, Beth Gregg, Diane Sharpe… I’ve noticed that! All of the unique things in Fernie are because of women. If you look there are few businesses on Main Street started by men. That’s the lesson I learned! These women did these things… I tried to facilitate what they wanted to the best of my ability. They had great visions, I got on board, embraced it, and made sure they had somebody who got behind it and helped make it happen.”

Gosh, there is so much more I could share about Dave and the hats he has adorned in Fernie. And honestly, I know there is even more than he had the chance to share. But the most beautiful thing I learned from our time together is at the heart of Dave’s intentions - to be a champion for community. And what I find so refreshing, which is very common with these Feature Resident pieces, is that it is done without ego… as the purpose is for it to better the valley.

“It’s important to remember and appreciate where we have been. We need a foundation, and the idea is to develop something, and then people develop it further.”

By the end of our coffee date, it has also become quite clear that I need to set another date to uncover more amazing stories (just ask him about the 12 Daves of Christmas!), to get even more of an inside scoop on Fernie’s history, and just to get up to speed on basic Fernie living. As he’s got it down.

1. When did you first arrive in the Valley and what brought you here? I arrived in the fall of 1970 to ski, and I am Dave #1. The first employee of the new formed ski company back in those days.

2. Who did you first meet? I would probably say it was Heiko Socher… to talk about working at the ski hill.

3. Do you remember your first general impression of Fernie? I guess I thought it was a pretty good town. Full of bars, at that time… we were starting to grow around 3700 people or so in town? Ridgemont was just coming on with a few houses. The Airport was just coming on, had a few houses. Still lots of places in the Annex. They’re weren’t outlying people, so downtown was vibrant. Everything was here, upstairs apartments had people in them. I thought it was great.

4. What keeps you here? Because I’m spoiled now. I have family who live all over the country. When I go to visit them, it’s a chore to get groceries, or go for a hike or walk or a bike in the country… you have to prepare to do all of this stuff. Here, I take my bag and walk two blocks to get groceries or go to the post office. Everything is so convenient, it’s a capsule.

5. Do you have a favourite Fernie memory or pastime? That would probably be the skiing… they needed ten paying customers to run the lifts. You would have eight to nine ski patrol, staff, ski instructors… all lined up but still paying customers. So you would throw in the extra $12 and get it going! Eventually more people would show up. Craziest thing I’ve ever seen.

6. What time of the year do you love most in Fernie, and why? It’s probably the spring, because the leaves are shiny, the Fernie colours… you have the green and the blue and the white of the valley. Fall is spectacular, but spring is like you’re looking forward…. the fish, not shovelling, the golf course opening. When the greens come on here… there is every colour of green here!

7. Where do you see or hope to see Fernie in five years? Well, I hope to see it just the same. Because it’s in a growth pattern… if that stays the same we are well off. The same is if we have a downturn, people will come together and rebuild it.

8. How do you start your day or what is one of your daily rituals? I start off by turning on EK Radio, the golf channel, and make my coffee.

9. Tell us something people might be surprised to learn about you. Wasn’t officially adopted until I was 19. I lived with my dad from since I was one, but I wasn’t “officially” his until then.