Collaborating for a Greener Future 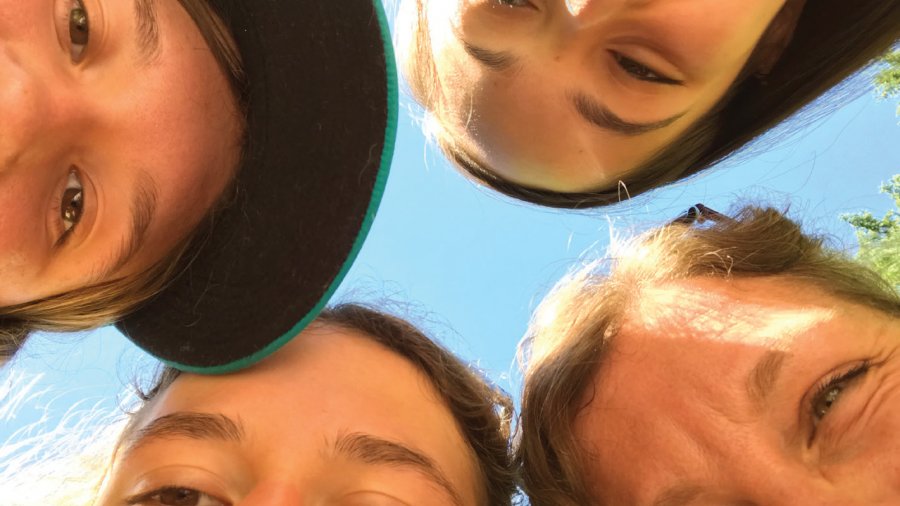 There are a lot of reasons to work for a ‘greener’ world, but most parents would agree the number one motivation is their children. We want our offspring and other descendants to enjoy lush forests, homes that are safe from wildfire, as well as health and prosperity beyond our own.

No mom or dad is truly content with the idea that his or her kids might have less opportunity than previous generations. So it is heartbreaking to admit that polar ice caps are melting and aquifers are emptying and that the forecast for humanity isn’t all rosy. Worst of all is reckoning with the fact that most of the dangerous changes to our planet and atmosphere have been caused by people. Oops! Sorry about that kiddos!

As bleak as this picture might look, it’s important to acknowledge reality. While nobody wants to say to their teenager, “we used up all the topsoil, too bad there’s none left for you,” it’s my experience that teens already know what they are up against. If we can be honest with young people, and accept the necessity of stepping into this new wilderness, they will actually help lead the way.

Teenagers are often truth tellers. They say what they want and react without pretense. They are not invested in narratives adults tell each other about what’s relevant. Grown-ups tend to be a little confused about what actually matters, and can become preoccupied with things like vacations and renovations. Young people are a lot clearer about the fact that connection, play, and trust, along with the biological basics like clean air, are the things we need to focus on.

Teenagers may lack information and experience due to their limited time on earth, but they are closer to their humanity than most adults and inclined to have their priorities straight. Young people also have a keen sense of justice, and will quickly tell you when they feel they are being treated unfairly. Teens understand that bank accounts and jobs are no longer paramount when the river is poisoned with selenium and the fish are gone.

Other humans are our greatest source of knowledge and inspiration. If I suddenly notice a lack of elk on my property, I’m going to ask folks around me if they’ve also noticed it and what they think it means. It’s pretty normal to gather opinions, do some research, and then make informed decisions. We should include young people in these processes too. Young people can be a source of moral principles, creative ideas, and optimism. I’m not saying they are the only source; I’m saying that we can use these strengths that many teenagers have and work more closely together across generations.

How many times have you set a limit with your teen, heard “that’s not fair” come from their mouths, and then responded with “life isn’t fair?” It’s common to attempt to explain injustice by telling them it just happens and it’s normal. But is this a helpful thing to say? By announcing that life isn’t fair we could be dismissing teen’s legitimate concerns. We could be communicating that we are powerless over inequities and discrimination. Do we want our children to get the message that we are all incapable of making things fairer?

Environmental destruction and climate change will have a far greater impact on children alive today and those yet to be born than any of us adults. We need to not only involve young people in analysis of the issues and searching for solutions but in some cases follow their lead. It doesn’t make sense to devise policies that will affect future generations without taking into account the perceptions and values of those who will be alive the longest.

Collaborating with young people in such a meaningful way can go against our common sense. Most of us were raised with adults dominating decision-making and in homes where children weren’t valued for our ideas. It can make us feel uncomfortable to let kids choose to join Meatless Mondays or allow them the freedom to participate in a school strike for climate action. But their lives are at stake and they can’t even vote. We need to have their backs.