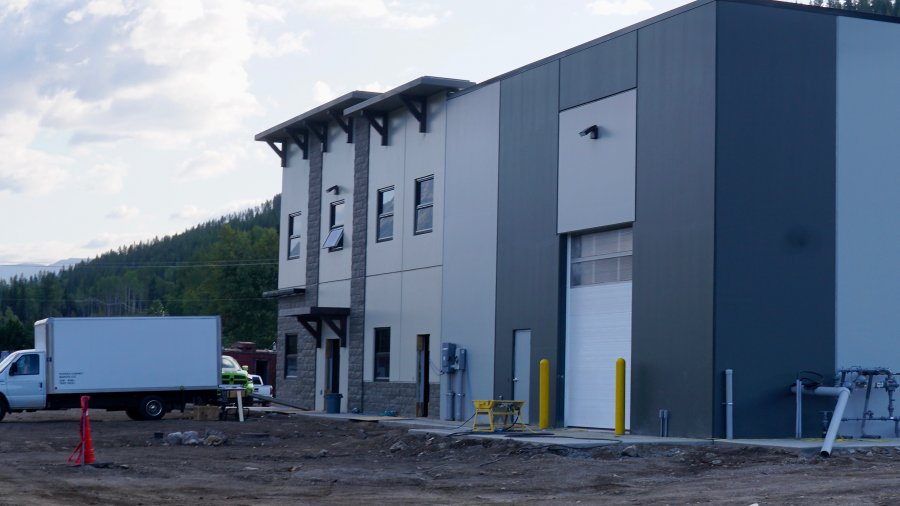 Construction is complete on the City of Fernie’s new Operations Facility, and an event will be held on November 16 to officially open the new facility.

Built on the site of the former Public Works Yards on Railway Ave, the new facility replaces multiple buildings that were past their usable life, as well as provides new space to effectively protect equipment and house staff.

The comprehensive build had a budget of $6.95 million and is comprised of heated storage and service bays, wash bays, cold storage, warehouse space, office area, and important upgrades to the yards, including a separate public access, secure fenced areas, and exterior site lighting.

Eagle Builders was the successful proponent of the City’s bid process for the project.The Alberta-based company completed the build over the summer and early fall, finishingthe design-build project within a six-month timeframe, allowing for a move in date in by October 1st.

“I am thrilled to see this build complete,” says Mayor Ange Qualizza. “This Council is committed to effective asset management and that means strategically investing in the replacement of aging infrastructure to ensure that our staff are equipped to effectively and sustainably provide services to our growing community.

Council supported one comprehensive build, rather than a phased approach for this project. This allowed nearly all the existing buildings at the Public Works Yards to be demolished and incorporated into the new Operations Facility. The entire Operations Department, which includes Engineering, Public Works and Parks and Facilities Staff, is now working out of the same building.

“The decision to replace all the existing infrastructure at once and reincorporate it into one new facility allows for operational efficiencies, better provision of service, and provides room for us to grow,” explained Director of Operational Services, Zabrina Pendon. “By doing the whole build at once, we will not only see immediate cost savings in our day-to-day operations, but we will save significantly on future replacement and maintenance costs.”

On November 16, from 1pm-4pm, the City will host a public grand opening event to celebrate the completion of the new Operations Facility. There will be a short ribbon cutting ceremony, followed by an opportunity for the public to tour the new facility and learn about the new building.

In:
Community
Tags:
City of Fernie, Fernie BC, Business, community