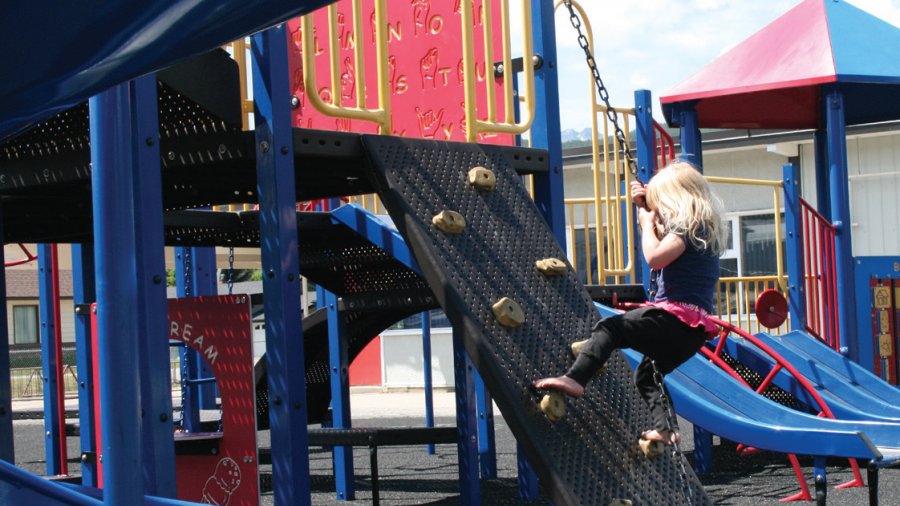 How do I raise a brave daughter? My daughter is two years old. She is already brave. She is confident in her own abilities, and fear of failure does not prevent her from trying risky activities. How do I feed that part of her? How do I teach her to respect fear, but to chase a gutsy amount of exhilaration?

Society seems quite willing to teach her that boys should be brave, while girls should be timid. We, society, seem ready to teach her that if she wants to be liked, she should defer to men. We teach her that acts of strength and bravery are more often masculine feats. “Your brother will take care of you,” “Daddy will catch you if you fall,” “Couches are for sitting, not for jumping.” These are the kind of statements I hear myself saying too often. I wish society and media were the only ones to blame, but I am guilty too.

I nurture my daughter’s bravery. I am starting with small steps. To start, I am more mindful, at the playground, of letting her explore. I try to be on the outside, there in case she gets hurt, rather than to jump in to avoid her getting hurt. I will not always be able to be beside her in her life. I want her to know she can handle tough situations independent of me or my brave wife.

The other step I am implementing is to drastically reduce the number of times I tell her to be careful. I don’t want her to live her whole life being careful. I want her to be comfortable with failure and with adrenaline and with risk. They are just as important as caution. The less often I say, “Be careful…” the more she will notice when I do. When she gets her driver’s license, if I tell her to be careful every time she drives the car, what invisible message will that send about my trust in her?

The other day, as I watched my daughter go down the metal slide out at Kikomun Provincial Park, feet first but on her belly, my Dad instincts wanted to jump in and warn her. I held myself back. I resisted my instinct to jump in and protect her. I could feel my heart beat in my face. My muscles were clenched. As she started down the slide, in that instant, I pictured her face banging off the bottom of the slide where it would spit her out onto the ground. I ran, chastising myself for my hands-off philosophy. What the hell was I thinking? Experimenting and risking my daughter’s safety. Sure enough, the slide spit her out. Her face narrowly missed the metal slide, but did smack into the dirt. I froze. She froze. Then she looked up. It took every gram of self-control, but I tried not to show a reaction. I tried to look neutral, though my mind was already planning the run to the car… that’s when she laughed. Not chuckled, but laughed, hard. Then, because she has not yet learned to say again, she pointed to the top of the slide.

At some point my daughter will get hurt. I will gamble on risk and lose; she will get cut or bruised. And I will feel guilty. If the accident happens because I’m being lazy and inattentive, I’m not sure I will be able to forgive myself. But if it happens because I’m helping her to learn that she can handle the world, whether I’m there or not, then I will think of that slide, and I hope self-forgiveness will come a little faster. Resilience and confidence are not learned in a textbook. They are found in scraped knees from skateboards. They are found in the bungee cord attached to a person’s ankle. They are found in the bruises from jumping of couches and missing the pillow-mountains. And, they are found at the bottom of slides, with no Dads to catch you.

In:
Community
Tags:
You've Got Male