The Art of Perception 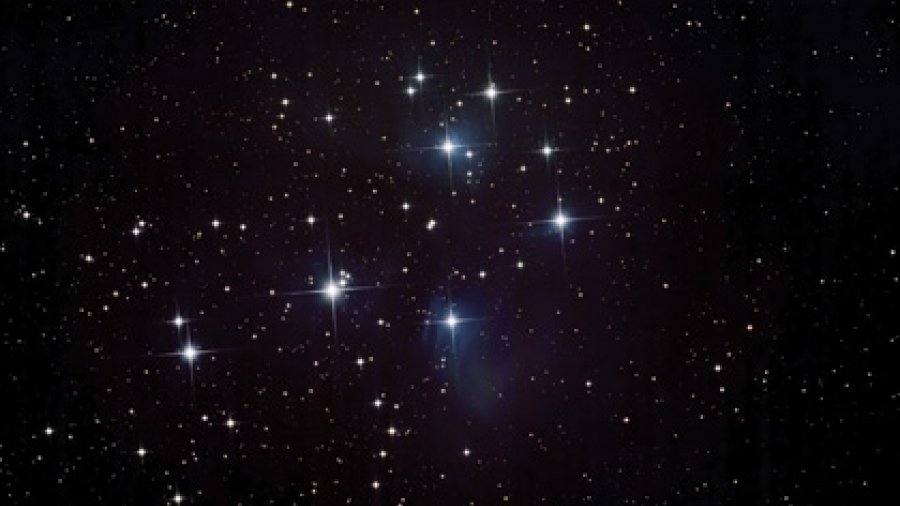 “Does Grandma live in another world?”

When my son first started asking that question the answer was “yes”. Any place beyond the Rocky Mountains constituted another world - and she lives in Ontario. Since then his world has expanded. He now sits on the couch with our globe spinning on his lap. One world. Everyone belongs to one world. He understands there are other worlds: if you happen to be far enough from civilization on a clear night (we were recently camping in the American south-west) you can spot some of these worlds with the naked eye. My son is fond of the belt of Orion. Orion, the hunter, appears in the southern winter sky with his trusty dog, Sirius, the brightest star, trailing to his right.

I recently read an article about a classical music star. In the name of social science one of the finest violinists alive today was asked to take up his Stradivarius in a busy metro station. While he was playing 1,000 people would pass by. A music professor predicted that a crowd of maybe 40 people would gather, as most people are not overly familiar with classical music. Nonetheless, some (4%) would interrupt their commute to work to experience beauty. The whole event was videotaped.* Three minutes passed before the first person stopped. When interviewed later he admitted that he listens to rock music so did not know the violinist but he recognized that, whoever it was, was really good. During the 40 minute session, some of the greatest music ever written was being played by a master. Less than ten people stopped, although there was at least that number waiting in line to buy lotto tickets at a nearby booth. One woman recognized Joshua Bell for who he was. She had not been able to afford the $300 ticket to see him play at the Met, so she tossed a $20 bill into his case. Interestingly, every single child that passed by wanted to stop. They were tugging, and pulling on their mothers’ arms, anxious to return to that heavenly place from where the music was emanated. None of the mothers stopped, instead cajoling their kids onwards to their required destination. For the performer himself, it was a difficult experience. At the opera house, scratchy throated audience members turn red, risking spontaneous combustion rather than cough while the violinist performs. In the metro station, commuters pumped up the volume on their iPods.

Are adults immune to the perception of beauty while children are not? Unlikely. Adults have acquired skills to tune out the noise so they can focus on the task in front of them. In this case, getting to work on time. This remains true even when “the noise” is a heart stopping display of musical genius. Children have no such agenda, and therefore are open to beauty when it presents itself.

“I hear the skiing was a bit choppy up there today?” I relay to a friend.
“Not at all, it was stellar. There was more than a foot of snow on the old side. It was my best ski day yet.”
“That’s funny, Persephone came home early. She said the snow was heavy and there were so many people the place was a zoo.”

To what do you aspire in 2012? Regular exercise? Better eating habits? Weight loss? Fewer meltdowns than your toddler? More moments of sanity than your teenager? All well intentioned resolutions. But why not shoot for the stars? You might want to aspire to reducing the noise in your life and replacing it with an openness to the perception of beauty. That is if you can tell the difference. Can you? Like the night sky, the constellations in our life can often be a little difficult to make out. But the intention to be open to the perception of beauty costs nothing and can infinitely improve the quality of your own life and the people around you. You might even find you have more in common with your children. And, just maybe, we will all feel like we really do live on the same planet.

In case you’re bored, there are eight references to celestial bodies in this article, most of them obvious.