What is a Chamber of Commerce? 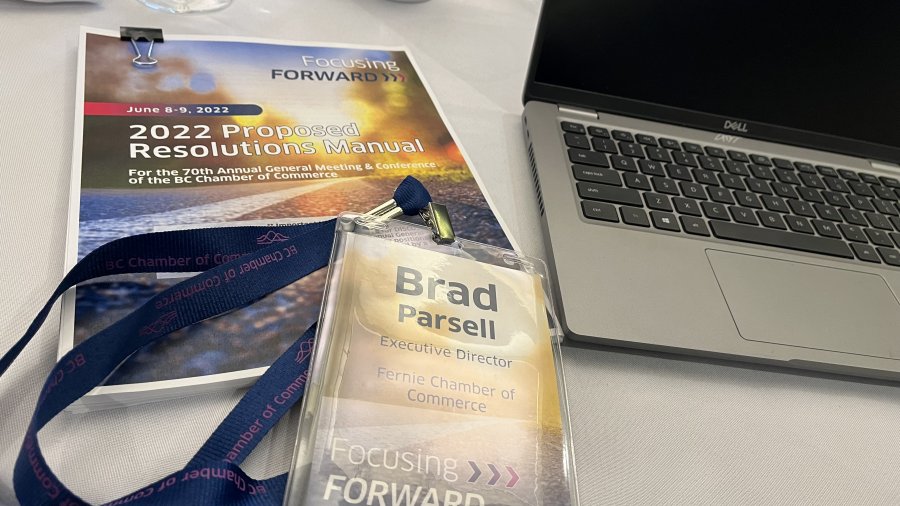 I am writing my column from Prince George where Chambers of Commerce from across British Columbia are gathered in-person for the first time in three years for the BC Chamber AGM and Conference. It has been an awesome week – packed with amazing presentations from government officials, business analysts, and industry leaders. And of course, being in the mix and networking with people who do my role around the province is worth the price of admission alone. There has been a lot of valuable information that I can’t wait to bring back to Fernie and put in action in our local Chamber.

This advocacy function has been on full display here in Prince George this week. The process of arriving at policy positions to put forward to government starts at the grassroots level. Local community Chambers (like ours) can draft policy resolutions based on input from member businesses, to be directed at either the provincial or federal government – depending on the issue and jurisdiction.

Each year, all the local Chambers around the province convene at the BC Chamber AGM and Convention where time is set aside to go through each of the proposed policies. These policies are debated and sometimes amended, before being put to a vote. If two-thirds or more of the voting body of the BC Chamber vote in favour of a resolution, it is formally adopted and becomes an official policy position of
the BC Chamber of Commerce and its member Chambers.

There were some excellent policy recommendations adopted this week. Most notable for Fernie is new policies on the books regarding workforce housing and labour shortages – issues that are critically important to Fernie businesses. The Fernie Chamber looks forward to lending our voice to the mix to advance these important provincial and federal advocacy efforts over the next year.