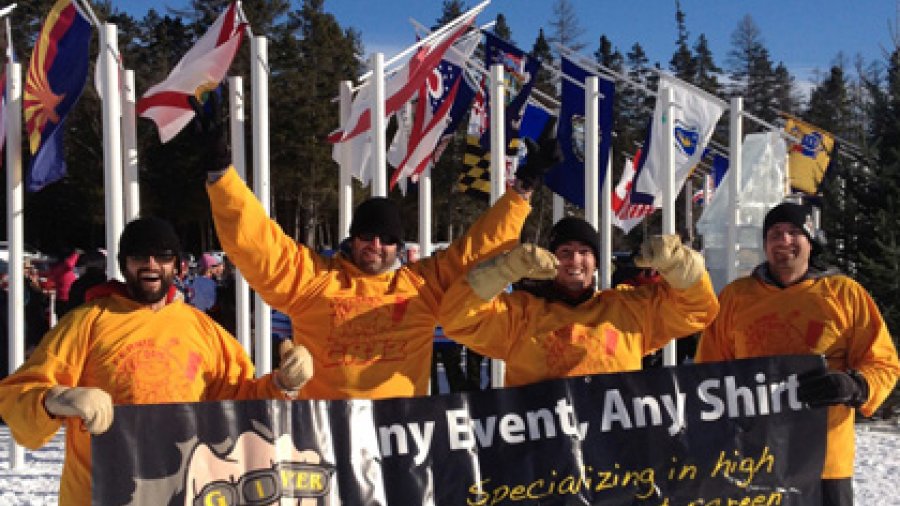 The Arts Station, www.theartsstation.com 250-423-4842
The Arts Station offers everything from pottery classes to concerts with Juno Award winning musicians. Supported by the City of Fernie, the BC Arts Council, corporate sponsors such as Teck and Stanford Resort and by memberships, this spring The Arts Station is embarking on an ambitious membership drive.

From March 1 to April 4, at any Arts Station event your admission will be applied to an individual or a family membership for the next year. For instance, attend the next Indie Films Fernie movie at the Vogue and your $10 ticket will be applied to an individual ($35) or family ($60) membership. The offer is for new members and those with memberships that have expired for more than six months. New applications must be completed at the event.

Supporting the arts in our community makes us all a little richer.

The Fernie Griz Pond Hockey Team
On February 7, the Fernie Griz laced up at the World Pond Hockey Championships for the second year, starting off with a visit to the local high school, taking on teachers and students at floor hockey. That night temperatures plummeted to below minus 30. The opening ceremonies were held at the local arena and the Griz Mascot was there in full stride, as the Fernie Griz was the only team representing BC.

The Griz drew a competitive pool, and ended up with a 1-4 record. Two games were extremely close, with the Griz ringing two shots off the post, only to lose by one goal in two games. In game three, luck was on their side, and in another nail biter, the Griz ended up on top by a goal at the end of regulation. Saturday, the games were played in a full blizzard at -20. The Griz managed adversity well, but fell short on the scoreboard, and missed the play offs.

For the second year, the Griz showcased the nicest Hockey Jerseys, and handed out the best team swag. They would like to thank their sponsors for their support, and Plaster Rock for hosting a world-class event.

Income Tax Program
Is your income under $40,000 for families and $30,000 for individuals? The CRA community volunteer income tax program can help you file your 2012 income tax.

During March and April, bring your 2011 T-1 and 2012 information slips to one of the following locations:
Fernie LIbrary Board room on Friday and Saturdays
March 1 – April 27, 1-4pm