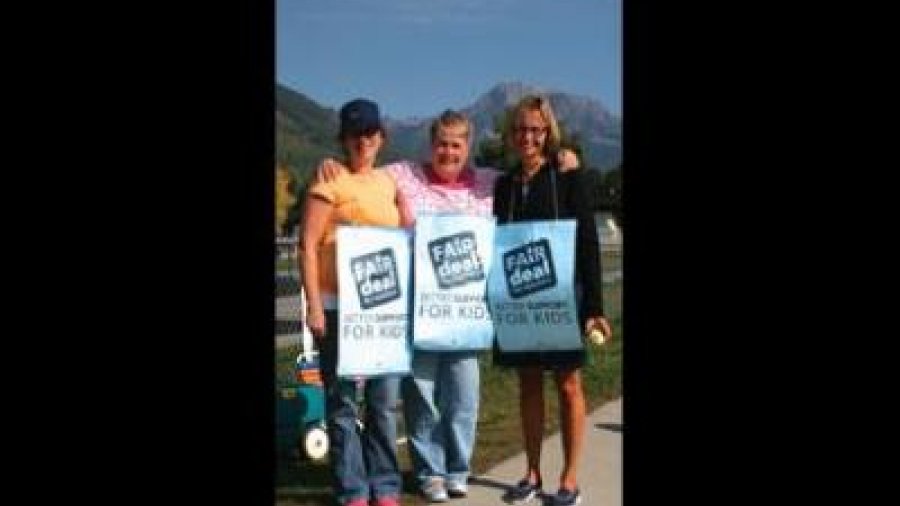 Hopefully by the time this edition of the Fernie Fix hits the stands, this article will be less timely than it is at writing; namely, the kids will be back at school.

The last contract between the BC Teacher’s Federation (“BCTF”) and the BC government expired well over a year ago, and in the mean time, negotiations have gone nowhere. The teachers started rotating walk outs in the spring of 2014 and, in response, the government began a partial lockout by restricting the work teachers could do at school and docking pay 10 percent. Then the BCTF went to a full strike as of June 17, 2014.

The weekend before school should have started, a mediator deemed the parties too far apart (it boggles the mind that the parties waited until the Saturday of the Labour Day weekend to try mediation). As of writing this article, little has changed and the children are still not in school. The BC Government has refused to agree to the BCTF proposal for binding arbitration to end the strike.

The parties are not currently that far apart when it comes to wages and benefits. But, they remain at extreme odds when it comes to class size and composition. By “at extreme odds,” I mean that the government refuses to even talk about the issue, which is disappointing because the number of children in a classroom is an important factor for learning. It is also disappointing because this not the government’s first time at this rodeo. In 2012, after the Courts had already deemed it unconstitutional once, the government purported to legislate-away the teachers ability to negotiate on class size and composition. The BCTF started a court action against the government, again, arguing that this legislation was unconstitutional and made in bad-faith. The BCTF won, again with a January 2014 Supreme Court decision by the Honourable Madame Justice S. Griffin, the full text of which decision can be found here: http://www.canlii.org/en/bc/bcsc/doc/2014/2014bcsc121/2014bcsc121.pdf .

If you are inclined to do so, I would encourage you to read all 149 pages of the decision. If you aren’t so inclined, there is a three-page summary near the beginning of the document, which very succinctly describes the dispute and why the government is in the wrong.

Justice Griffin made a finding of fact that the government’s strategy was to put pressure on the BCTF so as to provoke a strike; the government thought this would give them the opportunity to gain public support for imposing the legislation that had been struck down by the Courts. Yes, that’s right, instead of making every effort to keep kids in school, those in public office bullied the teachers into striking so they could get their way.

Justice Griffin’s decision raises issues about the government’s credibility and good faith. Yet, the Government still will not follow it; making the claim that the decision is unaffordable.

To counter the argument that the decision is unaffordable, some facts:
• in terms per capital funding for the education system in BC, we rank second lowest in the whole country;
• the student-to-teacher ratio is higher in BC than any other jurisdiction in Canada; and,
• wages and benefits for BC teachers are currently the lowest in Canada.

The current position of the government is that it has filed an appeal to Justice Griffin’s decision and that it will win the appeal (unlikely). The government will currently only negotiate with the BCTF with class size and composition off the table (in other words, they want what the BC Supreme Court already told them they cannot have, twice).

I don’t know about you, but to me this all seems disappointingly circular.