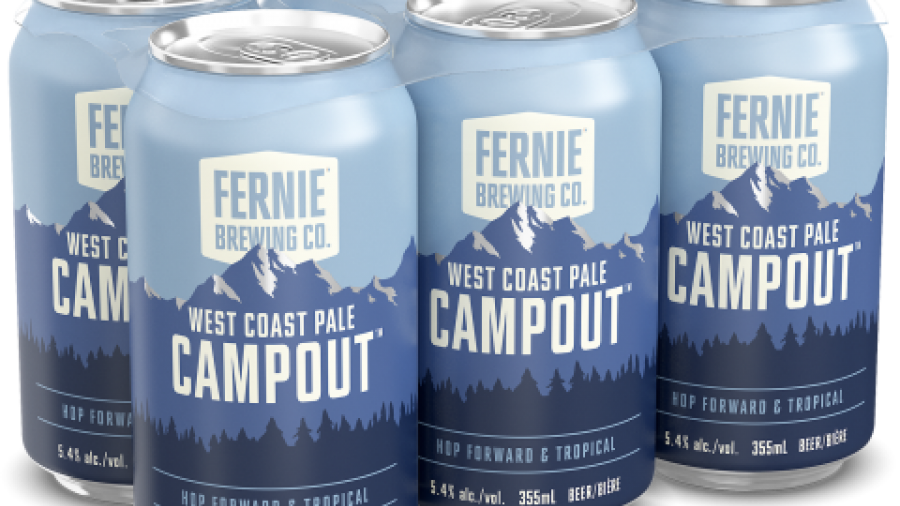 Fernie Brewing Company (FBC), BC’s most easterly brewery, is excited to announce that they won Gold at the Canadian Brewing Awards (CBA) for their Campout™ West Coast Pale in the North American Pale Ale Category.

This year marks the 17th Annual Canadian Brewing Awards, which were held in Toronto from May 2-4th. The Canadian Brewing Awards is Canada’s National competition for judging the quality of Canadian manufactured beer and is open to all Canadian majority-owned breweries of all sizes. With a total of 55 style Categories, and thousands of beer submissions, a CBA medal is a widely recognized symbol of Canadian brewing excellence. In fact, it wasn’t just FBC who brought home the hardware – BC Breweries took home 50 medals at the CBA’s, testament to the strong and creative craft beer industry that is happening in the Province.

“We’re thrilled to have wonGold at the Canadian Brewing Awards, as it’s Canada’s most prestigious beer competition”,says Lenka Hawrys, Communications Manager at FBC.“The fact that we won with one of our biggest selling, year-round brands, is even better – showing the strength and consistency of our Core products”.

Launched in 2017, Fernie’s Campout™ West Coast Pale has been a big hit from the start. Brewed in the Rockies with a taste of the coast, it’s a hop forward, light copper coloured Pale Ale withheaps of Mosaic and Ekuanot hops, delivering a strong aroma and tropical fruit flavours. A hint of caramel is derived from the Crystal malts and oats are added to enhance the body and mouthfeel.

While the Kootenays may not be known for legendary surfing, the easy-going essence of the West Coast is certainly captured in this Pale Ale, making Campout the perfect partner to lakeside camping trips and post-bike riding celebrations.“Campout is a delicious beer. It’s well balanced yet hop-forward with tropical fruit flavours. It’s certainly our go-to brew for weekend camping trips and best enjoyed under star filled skies”, says Hawrys.

As with the majority of FBC’s products, Campout™ 6-packs are available throughout BC, Alberta, Saskatchewan and Manitoba, at select liquor stores. You can also find it in their Craft Collection Pack and on tap throughout Western Canada.