Digital Disruption: The Rise and Fall of the Recorded Music Industry 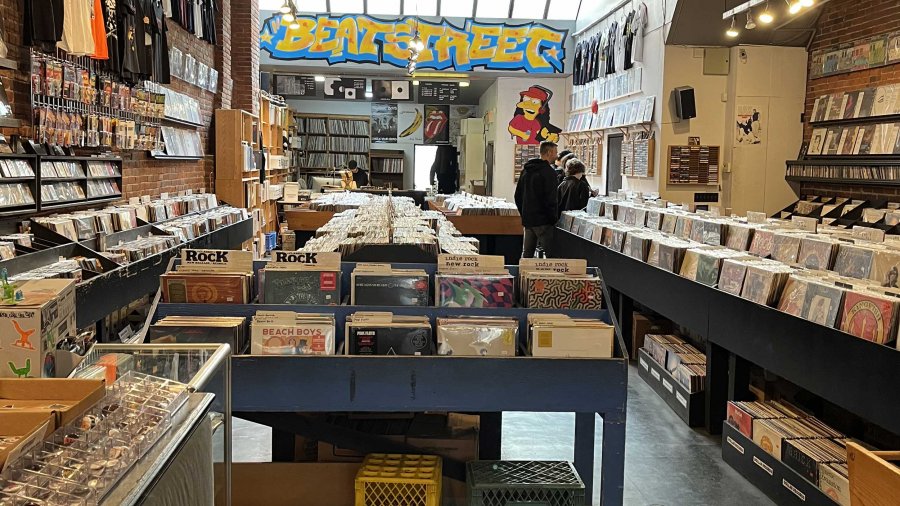 Remember vinyl records? Cassettes? CDs? I sure do! My basement is full of them. Living rooms and dens around the world used to be bursting with these, with audiophiles boasting about their expansive collection of physical media. Now, every track or album you ever would want to listen to is in the cloud and can be streamed on to your mobile device with the tap of a button. Countless physical collections were relegated to the thrift store with the rise of Napster and LimeWire, then the ability to burn CDs, then iTunes and iPods, and now Spotify and other streamers. Over the past decade, the physical music collection has seemingly become a thing of the past (outside of hardcore music nerds) thanks to these digital disruptions and the complete upheaval of the traditional recording industry.

Some folks may not realize that I started my career working in the Australian music industry. My first real job was working part-time in a record store and by the age of 19 I was managing one. This was right around the turn of the millennium as the ability to download and share music (legally and illegally) was beginning to take off. After years of working in music retail, I ended up working as an account manager at a record label. I had a front row seat to watch the rise of the internet and technology completely turn a half-century old industry upside down. When I first started, it was still the tail end of the golden age of CDs. CD sales peaked in 2000, when nearly a billion discs were shipped in the US alone. Record companies would put on lavish album launch parties for industry insiders. Free albums and concert tickets flowed like wine, while record company executives and sales reps were paid handsomely.

That all collapsed very quickly. Some suits over at Apple decided a song was now only worth $0.99 and this ushered in a new reality of artists making next to nothing from recorded music sales and streams. Physical music retail chains and record labels also felt the pain, and belts were tightened across the board as physical stores began to shut everywhere. Musicians either fought kicking and screaming (i.e. Metallica!) or tried to embrace the new reality. This meant touring and merchandise were now the primary revenue sources for artists – and that continues to this day. You can imagine then the impact and undue hardship on musicians globally when the concept of mass gatherings at concerts was restricted under the pandemic for almost two years. It’s so great to see concerts and festivals return to our lives finally. I had the opportunity to see Bob Dylan in Spokane back in May and it was transformative and life-affirming. Live music – long may it reign!

But from the ashes of the physical recorded music industry, something interesting has started to happen. All of a sudden, vinyl is cool again and is being sold in numbers not seen in decades. In the US, the resurgence in vinyl records sales continued for the 15th consecutive year, as revenues grew 61% to $1 billion in 2021. The last time vinyl records exceeded $1 billion was in 1986! Despite the sweeping and destructive effects of digital disruption on this massive industry, and in the face of all odds – physical music sales are on the rise again and showing that an industry once thought to be on death’s door is surprisingly resilient. And as a total music nerd – this makes me super happy!