A Dark Horse Trots Back into Town 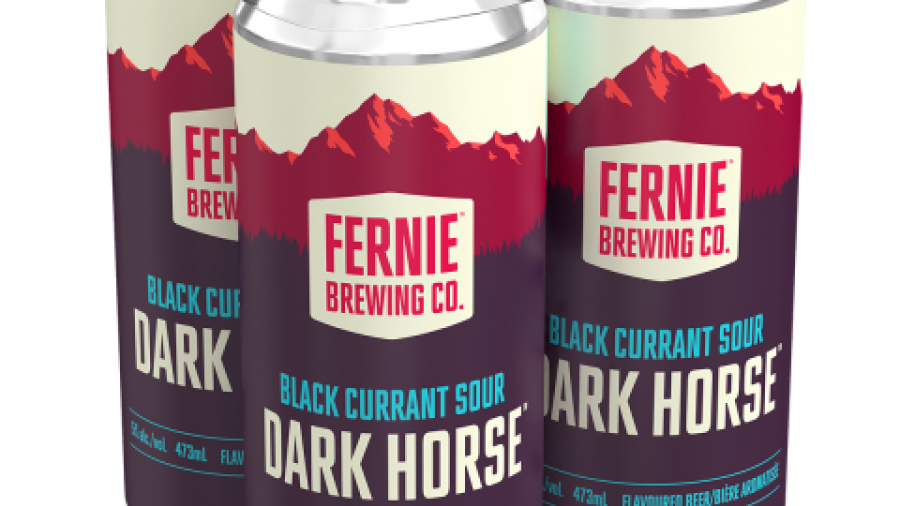 The Dark Horse launched as FBC’s second Sour in the winter of 2019, following in the footsteps of their First Ascent Gose, which launched summer 2018 – both as Limited Release 650mL’s.

However, to keep in the horse race, these popular brews are making their welcome return to shelves as 4*473mL cans. Along with a fresh new look and as a 3-part Sour Series. Good news all round.

The newly designed Dark Horse made its reveal in the FBC Tasting Room on Thursday January 16th, to an excited, snow covered crowd, and will be making its way across BC and Alberta over coming weeks.

Packed full of fruit and six specialty malts – it’s a true stallion of a beer. Drenched in black currants, the result is a perfectly mouth-puckering and malty brew. Tart and zingy, with luscious fruit character. A fan favourite, and the perfect way to kick off this new Sour Series.

So, what’s next? While Dark Horse is scheduled to be on shelves from late January – April, First Ascent Gose will follow from May – August. Then, to round out the year, a new Dry-Hopped Sour is in the works for September – December.

In short, this new 3-Part Sour Series is guaranteed to fulfill many a mouth-puckering need, all year long.

Lastly, before the month is out, the latest release in the IPA Series will be set free. Welcome to Nomad Wild IPA Nomad, a new IPA to join the 6-part series, with a wild yeast strain and exciting hops. Launching at FBC on January 30th.

For more information on all of FBC’s upcoming beer releases, sign up for FBC’s monthly Brews News, follow Fernie Brewing Co. on Facebook, or check out their full product lineup, at www.ferniebrewing.com.