Back to School for Grown Ups 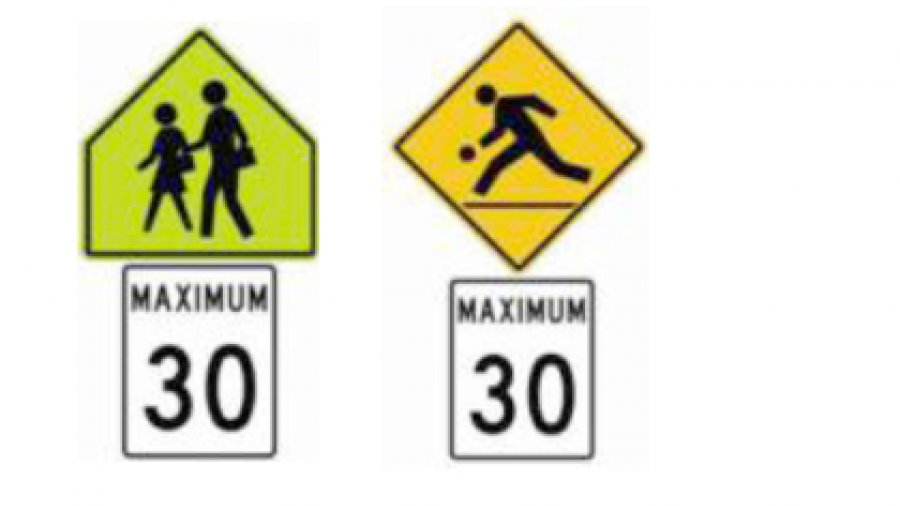 September is back to school month, which is a big change for school-aged children. But, adults, even those that don’t have young children, also need to tweak their habits in so far as driving is concerned. When the kids head back to school, all of us drivers need to be more aware of where school speed zones start and end. We also need to pay special attention to our responsibilities toward school buses.

The Motor Vehicle Act establishes the maximum speed and time periods allowed in all school zones. Section 147 of the Motor Vehicle Act reads:
(1) A person driving a vehicle on a regular school day and on a highway where signs are displayed stating a speed limit of 30 km/h, or on which the numerals “30” are prominently shown, must drive at a rate of speed not exceeding 30 km/h while approaching or passing the school building and school grounds to which the signs relate, between 8 am and 5 pm or subject to subsection (1.1), between any extended times that are stated on the signs.

In plain language, this means that a school zone speed limit is 30 km/h and that speed limit applies between the hours of 8 am - 5 pm, unless another time period is otherwise posted. The time frame of the school speed zone will never start later than 8 am, nor end earlier than 5 pm; it can only be longer.

Obviously, these provisions are meant to allow safer access for children and pedestrians while travelling to and from school and they aren’t just to annoy us or slow down our morning commute.

This is the shape and appearance of most school zone signs, so keep your eyes out for them:

Another important speed zone to watch out for is playground zones. Playground signs are in the shape of a diamond and, unlike school zones, are in effect from dawn until dusk, 365 days per year:

If you’re driving in a playground or school zone and you turn onto a new road and there are no more school or playground signed, then the speed limit is once again the otherwise normal speed limit in the area. For example, when you leave a school speed zone within the City of Fernie, you are then dealing with a 40 km/h speed limit. However, it is a good idea to keep your speed low and your attention high when near school or playground zones.

Aside from the safety of the children in our community, your further incentive for watching out for school zones and following the school zone speed limits is that speed fines are increased in school zones. In a school or playground zone, if you’re caught going up to 20 km/h over the speed limit, the fine is $196. For example, that means if you are going 35 km/h in a school zone, your fine will be nearly $200.

Unfortunately there is often confusion about motorist’s responsibilities when approaching school buses. As a reminder: It is illegal for a vehicle to pass a stopped school bus with its red light flashing – this applies to vehicles travelling in the same or opposite direction as the bus. The red light displayed by a school bus is a legal stop sign that has the same authority as any other stop sign. Vehicles may not pass the school bus until the flashing red lights and signals are turned off.

Asside from these the specific requirements of the Motor Vehicle Act, great advice for any motorist as school comes back in is that you slow down in school zones, watch for crosswalks and be on the lookout for kids riding to school on their bikes, even when you are not technically in a school speed zone. Of course, no matter where you are driving, you must always yield to pedestrians (it’s the law).

To further increase safety on the streets, parents could impress upon their children to remove their headphones and take their eyes off their electronic devices when crossing streets and to cross at designated crossing points.

Good luck to all the students in the upcoming school year.