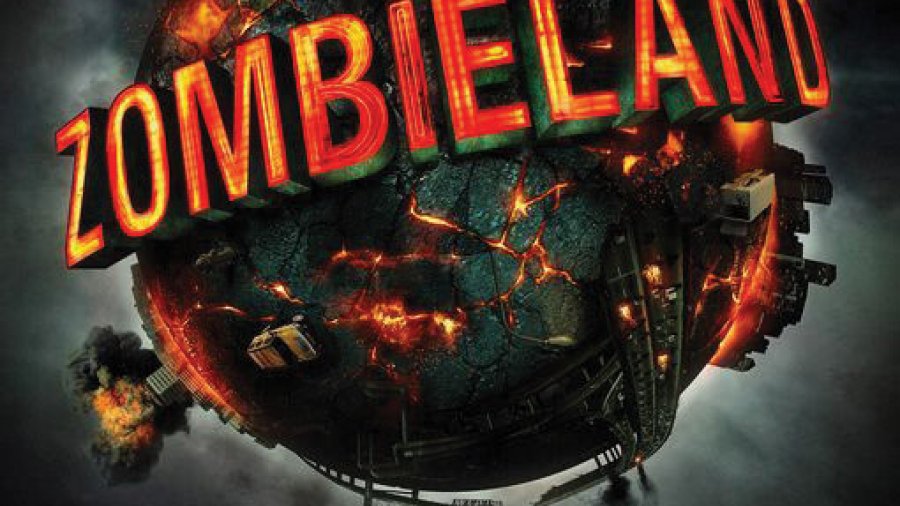 There have also been several parodies including Shaun of the Dead (previously reviewed by yours truly) starring Simon Pegg, and Army of Darkness starring the immortal Bruce Campbell (and his chin), which while not technically a zombie movie still pays homage to Romero’s shambling corpses.

Zombieland doesn’t really bring anything new to the table cinematically speaking, but it is still a cool movie. The story takes place in a dystopic near future in which a variant of mad cow disease has turned most of the human population into drooling, cannibalistic fiends.

The main character of this action-packed, gun-happy extravaganza is Cleveland, Ohio - for some reason all the characters use place names to identify themselves rather than their given names - an agoraphobic computer geek, played by Jessie Eisenberg (Adventureland) who gets dragged unwillingly into the zombie apocalypse when his neighbour, played by Amber Heard (Pineapple Express), becomes one of the living dead and tries to eat his brains. After this extremely unsettling experience, He flees Texas, (where he was going to school before all hell broke loose) and heads for Ohio, all the while, trying to avoid becoming monster food.

Along the way he meets and joins forces with Tallahassee, a machine-gun toting, Twinkie-loving, somewhat unhinged urban cowboy who is played with great skill by Woody Harrelson (No Country for Old Men).

Filling out the cast are Little Rock, played by Abigail Breslin (Little Miss Sunshine) and Wichita, Emma Stone (SuperBad), Scheming sisters who are desperately trying to make it to the west coast.

Woody Harrelson certainly steals the show, but the other cast members give respectable performances. And there is enough violence and comedy in Zombieland to keep fickle movie-going audiences engaged.

The one disappointment is a cameo by Bill Murray where the aging star plays himself. He spends his time making fun of his previous work, and while this might be a good addition to some films, it really detracts from a movie that is supposed to be dark and gritty, with a message about the human, or at least the North American, condition.

Besides this unnecessary interlude, however, this film is definitely worth seeing…two severed thumbs, way, way up!