Your Guide to Wapiti 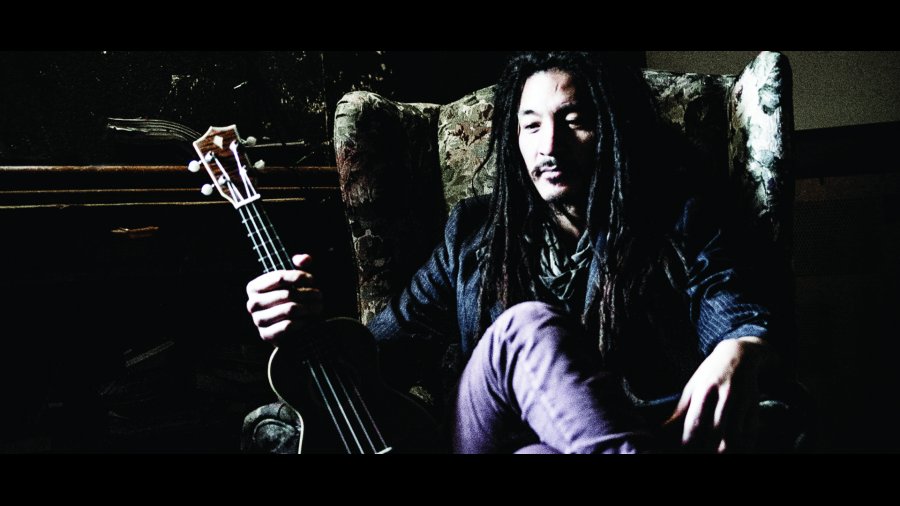 Wapiti is five this year, and on the list of milestones for five-year-olds are things like confidence, independence and a desire to please friends. Wapiti 5.0 has that in spades. Without further ado, here is what you need to know.

The Steadies  Thursday, August 6
The best way to kick off Wapiti is a free show at the Arts Station Square with The Steadies. Fronted by Wide Mouth Mason co- founder Earl Pereira, this trio could make even the most cynical concert-goer smile. Snappy and infectious, The Steadies' island rock will be the positive vibe that reverberates over the entire weekend. www.thesteadies.ca

The Harpoonist & The Axe Murderer  Friday, August 7
The Vancouver duo plays what one fan described as “blues that gets you in the crotch.” With Shawn Hall on vocals and harmonica (the harpoonist) and Matthew Rogers on foot percussion and guitar (the axe murderer), this band commands a stage with a presence that will demand yours. There is something about good blues that feels like a great equalizer: it doesn’t matter how old you are, it compels you to move; it doesn’t matter what kind of music you usually like, it dispenses with all of that pretense. The Harpoonist & The Axe Murderer deliver blues that is raw and organic – which means it’s superbly healthy. If you don’t believe me, there’s a whole show the pair played in at the Horseshoe in Toronto posted on YouTube to check out. www. harpoonistaxemurderer.com

Rah Rah  Friday, August 7
Regina’s Rah Rah will bring a party to Wapiti. This is upbeat indie pop with shimmering guitars and wonderful harmonies. While there is
a definite cohesiveness to Rah Rah’s sound, the band’s stage show is more like watching a group of talented friends show off their talents at a raucous house party. The band likes to have a ton of fun on stage, with each member taking turns on vocals as well as all of the other instruments. www.rahrahband.com

Towers and Trees  Friday, August 7
Anthemic. Infectious. Despite beginning as a soul-searching solo project a handful of years ago, Victoria’s Towers and Trees is anything but quiet and navel-gazing. They always look like they are having so much fun – and like you’re invited. Insanely talented, this indie band, with its seven-ish members' sounds will get you onto your feet and put a bit of jump in your step. www.towersandtreesmusic.com

Lovecoast  Saturday, August 8
If you couldn’t guess by the name, this band is from the coast that’s west of here, and the quartet sounds just as lovely as the name: funky and soulful with Danielle Sweeney’s stunning vocals. Though the band’s debut EP (released last November) is called Chasing Tides, after this summer, Sweeney and her bandmates could write another EP called Chasing Festivals. By the time Lovecoast makes it to Wapiti, they will be well primed to deliver a stellar set. This is music meant for one purpose and one purpose only: to make you feel good.  www.lovecoastmusic.com

Reuben and the Dark  Friday, August 7
Haunting. This Calgary five- piece promises to deliver a set that has a deep, rich vibe. With leadman Reuben Bullock’s bittersweet lyrics, this alt-rock band is full of yearning that will take you “over the mountains and under the stars.” This is the kind of band that will make you want to stop and listen, want to be close to your loved ones. Reuben and the Dark also has a Fernie connection, in Kaelen Ohm (check out this month’s Feature Artist). www.reubenandthedark. com

Close Talker  Saturday, August 8
A late entry into the Wapiti lineup is Saskatoon’s Close Talker. If you imagine sitting in your favourite place to watch a sunset, this quartet delivers the perfect soundtrack. Introspective vocals and melodies will transport you to that space between dreams and wakefulness. The band recently released its second album, and it displays anything but the sophomore slump. Close Talker has shown that being a finalist in CBC’s 2013 Searchlight competition wasn’t an accident. Flux is an album in the truest sense of the word: best enjoyed as a whole. www.closetalker.ca

Mounties  Saturday, August 8
No matter what someone does for work, it’s important to shake things up from time to time. Even the life of a musician can become ho-hum. With Mounties - made up of the unstoppable Hawksley Workman, Hot Hot Heat’s Steve Bay and Age of Electric/Limblifter’s Ryan Dahle - there is such a sense of unabashed fun, that it’s difficult to not yell out, “thank you! Thank you for not catching yourself in a rut!” Mounties deliver contagious, catchy riffs delivered by three incredibly talented dudes at the top of their games. Bays refers to Mounties as a dream project and it shows. There is no other place to be on Saturday night but on the dancefloor at Wapiti. www.mountiesband.com

Buckman Coe  Saturday, August 8
Positive and upbeat, Buckman Coe would end up nestled in between Jack Johnson and Nahko and Medicine for the People on your music player shuffle. A little bit folk, with world-music leanings, a little bit rock and roll, this Vancouver band will help you relax in the sun or kick up on the dancefloor. Buckman Coe has been a festival favourite the last few years - from Starbelly to Artswells – as well as stopping in to perform at Infinitea, the Vancouver band makes magic happen. www.buckmancoe.com

Kirby  Saturday, August 8
Ontario quartet Kirby gives Wapiti some good, old honest rock and roll. Frontman John Kirby toured Canada and Australia relentlessly for seven-ish years as a solo act – meaning he knows how to belt out a tune. Think Dallas Green. Kirby released a full-band album – Into the Dark – in 2011, and there’s another on the way later this year. www.kirbysings.com

Sherman Downey  Saturday, August 8
Sherman Downey, travelling to us all the way from Newfoundland, brings country-infused folk that would be at home around a (banned)
campfire or cramped living room filled with second-hand furniture. Recently departed from his band, the Ambiguous Case (which won CBC’s 2013 Searchlight competition), Downey heads out to us solo in true troubadour style. www.shermandowney.ca