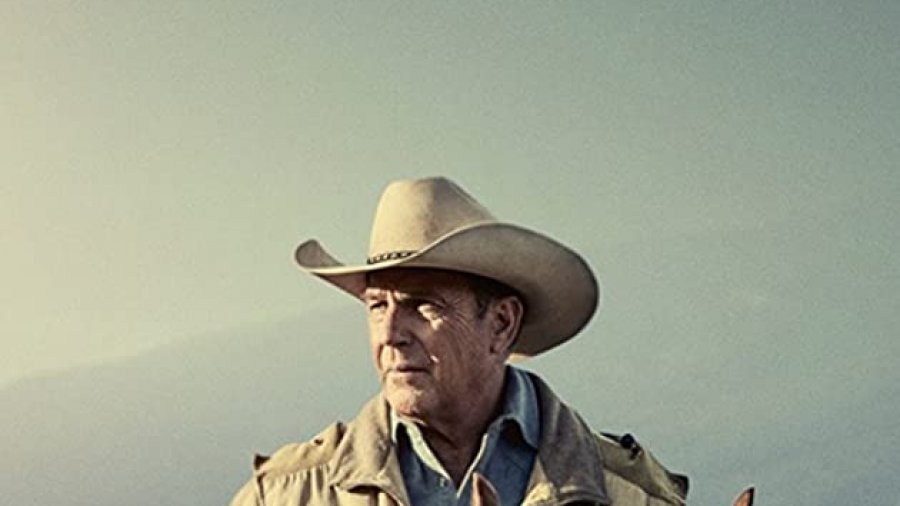 Created by Taylor Sheridan, Yellowstone is a Paramount Network television series focusing on John Dutton, a powerful Montana cattle baron, played by Kevin Costner, and his dysfunctional family
as they attempt to defend their ranch from real estate tycoons, corporations and Californian tourists. It is a series that is beautifully shot, with much of the show shot on location in Montana, and the performances are great. Costner in particular does a wonderful job portraying Dutton, the gruff patriarch of a crumbling dynasty.

He received two Academy Awards for his roles in Dances with Wolves, and a Primetime Emmy Award for Outstanding Lead Actor in the miniseries Hatfields & McCoys.

I have to admit that many of my favourite shows and movies have either western topes or are actually set in the old West. These include series like Deadwood, Longmire, Firefly, Justified and The Mandalorian, as well as movies such as The Jackbull, starring John Cusack, and the Cohen Brothers’ 2010 remake of True Grit, starring Jeff Bridges.

And yet, to my mind the western movie is problematic. Westerns, or at least westerns from the genre’s golden age (1940s and 50s), lie about the colonization of places like Wyoming and Montana by European settlers. They feed misconceptions about the ethos of the early West, like the idea that every cowboy wore a ten-gallon hat (they didn’t) or that gun control laws in the old West were really lax (they weren’t).

As long as the Western in question has sympathetic characters and/or a slightly comedic sensibility, I am willing to overlook the imperfections in the oeuvre. Sadly, none of the main characters in Yellowstone are sympathetic, and the tone of the show is so grim that there isn’t really much room for comedy. John Dutton and his children are spoiled, emotionally stunted, and violent individuals who brand the people who work for them, while insisting upon pain of death that their underlings participate in criminal activity on their behalf.

Despite all of this, director Taylor Sheridan seems dead set on convincing his audience that John Dutton is a straight-shooting, horny-handed son of toil, defending his land against evil coastal elites, all the while showing that Dutton is one of the most powerful men in Montana, and that he lives in a mansion. There are moments in the show when you feel more sorry for the real estate developers than you do for Dutton, which, I’m sure, was not Sheridan’s aim.

Unfortunately, I am reluctant to recommend this show, but if you really do insist on watching it, it is currently on Amazon Prime.