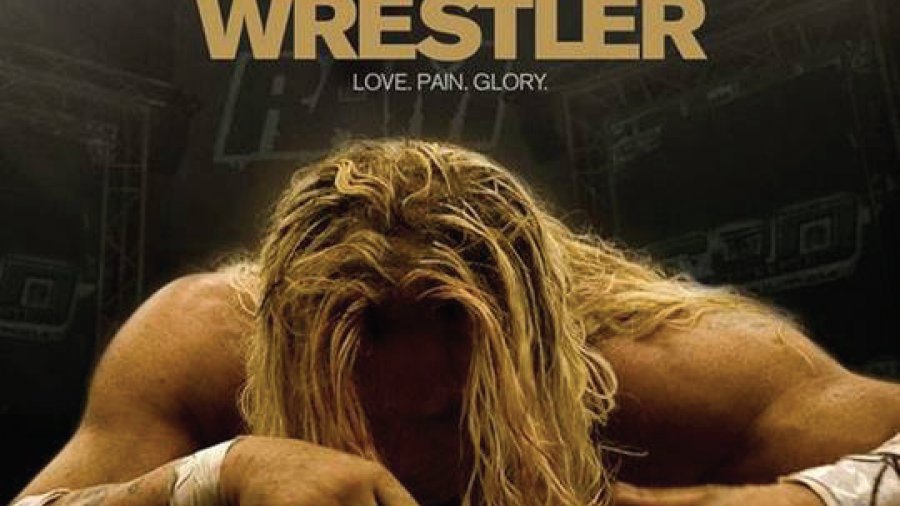 Given the amount of drama and commercial success surrounding the sport of professional wrestling, it makes sense that it would eventually become the focus of a Hollywood feature film.

The Wrestler tells the tale of Randy the Ram Robinson, an aging, down-and-out professional wrestler and the trials and tribulations that feature so prominently in his life. From his heart problems to his efforts to mend his relationship with his estranged daughter, the movie takes a hard, unflinching look at the life of someone who has basically hit rock bottom after a life of self-abuse.

Mickey Rourke stars as Randy and gives an excellent performance.  He quit acting in 1991 to pursue a career in the boxing ring where he became intimately familiar with the concept of violence in close quarters. In 1994 he returned to acting and in The Wrestler he uses his experience as a professional fighter to accurately portray the crass commercial selling of violence as entertainment.

Rourke is also the right person to play the film's disgraced central character because of the course his own career has taken in the film business. After a very successful stint as a heartthrob in the 1980s, when he appeared in the very successful 9 1/2 Weeks, he disappeared from Hollywood, only to reappear briefly in minor roles in Domino and The Rainmaker. Since 2001 he has made about two films a year, but he has been almost unrecognizable after the abuse to which he subjected his body in the interim.  The Wrestler is his big comeback.

Also starring in The Wrestler is Evan Rachel Wood who plays Robinson's daughter.  She gives a sympathetic portrayal of someone who is fragile, angry and lost. She has appeared recently in Ides of March (2011), Westworld (2016), and she played the character of Eva in the indie film Into the Forest (2015),

Robinson's love interest is played by Marisa Tomei. Who can forget her wonderful turn as the talented girlfriend to Joe Pesci's character in the film My Cousin Vinny. In this film she plays a stripper with a heart of gold, a minor character who is kind and supportive to Robinson in his time of need.

Darren Aronofsky, who has directed such excellent films as Black Swan, The Fighter, Requiem for a Dream and The Fountain, has in this instance successfully taken a minor story and produced a powerful movie.

It should be understood that this is an incredibly sad movie.  Randy is portrayed as a good, if somewhat flawed, man so to see him suffer in this film is not pleasant.  The Wrestler is an example of quality film making, and you probably won’t want to watch it more than once, but it is a film that everyone, cinephile or not, should probably see.