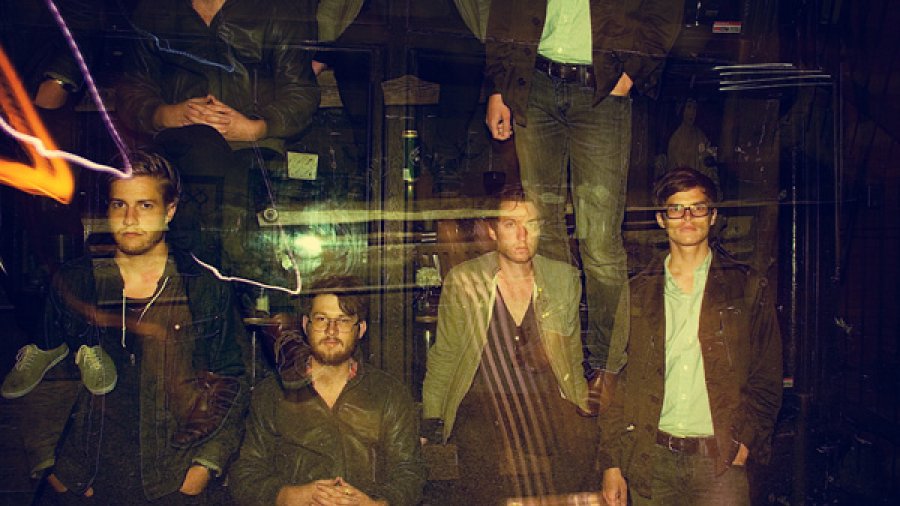 It’s not difficult to see how life in a band is a lot like a marriage. There needs to be certain chemistry between members. Life on the road and the creation of music involves decision-making and compromises for the good of all players, and it’s pretty difficult to continue happily when there isn’t a shared vision of the future. It’s not difficult to see because it is the relationship between people.

What isn’t so obvious is that a similar comparison can be made between musicians and the music they create. Jamming out ideas is the initial flirtation. Writing a song is the decision to date more seriously, and those first few months with it are electric. There is excitement sharing this shiny, new relationship.

Every band approaches this liaison differently when heading into the studio. Some prefer to put the commitment on record before unveiling, while others need to take the song out often, performing it as much as possible, to fully understand the relationship.

The Wooden Sky, a mostly four-piece band based in Toronto plays it both ways. After all, explains singer and guitarist Gavin Gardiner, they spend a lot more time on stage than they do in the studio, and so it’s exciting to play new material for an audience. The trick is to lay it down while the song is still novel and fresh.

“Part of the reason I sometimes want to avoid [playing it live too much] is because a song can lose its excitement the more you play it. It’s not like I get sick of playing a song, but when you first play it, there’s that magic,” he says. “You have that window where you love playing that song, and if you can record the song during that phase of the song’s lifespan, it’s really exciting. I think that really comes across in the recording of the song, when it’s new and everyone’s loving it 110 per cent.”

That extra 10 per cent could also come from the fact that the band’s recently released second album, If I Don’t Come Home, You’ll Know I’m Gone, was written with more collaborators than 2007’s When Lost at Sea. And rather than getting bogged down with too many voices and ideas, having more players meant having more people helping the album stay on message: finding the beauty in simplicity and not forcing those magical musical moments. The Wooden Sky’s folk-tinged indie rock is lovingly crafted to the point of perfection while maintaining the rawness of everyday life. Gardiner’s lyrics follow the same path.

“On the last record I was making a real effort to write stories, and use wordplay and that kind of stuff, but on this record, I wanted to, again tell stories, but I wanted to use direct and simple language,” he says. “I find that in a lot of songwriting, that gets lost, but it’s really powerful when you can convey things with simple and conversational language. I don’t want to say minimalist of realist—but that kind of aesthetic. It was really fun and a good exercise and really challenging. A lot of my favourite authors write that way, so I thought it would be a good thing to try.”

And why not? Saying what you mean in a direct and simple way could just be the key to any successful relationship.

The Wooden Sky performs at the Grand Central on February 17.