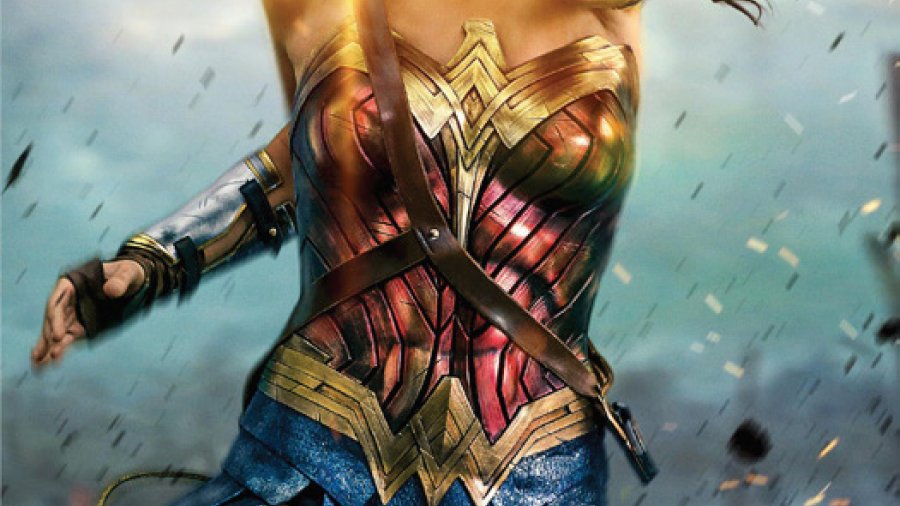 The Wonder Woman character was created by American psychologist and writer William Moulton Marston, who drew his inspiration from early feminists – such as the birth control pioneer, Margaret Sanger. Wonder Woman first appeared in All Star Comics in October 1941, and has since been published by DC Comics almost continuously except for a brief hiatus in 1986.

Wonder Woman became one of DC Comic's most popular characters, and became a feminist icon in the 1970s when the likes of Gloria Steinem championed her. She also appeared in other media, including a short lived television series which aired from 1975 to 1979. The series starred Lynda Carter as Wonder Woman and Lyle Waggoner as Steve Trevor, Wonder Woman's love interest.

But it was not until 2017, after a couple of false starts, including a rejected script by Joss Whedon, that Warner Bros finally brought a Wonder Woman movie to the big screen.

The film tells the story of Dianna of Themyscira, the island of the Amazons, and her quest to go forth into the world and destroy Ares, god of war. In the process of seeking out this evil, Dianna assumes the role of Wonder Woman. Gal Gadot plays Dianna. Her film credits include Furious 7, Batman v Superman, and Keeping up with the Joneses. She was a supermodel before turning to acting, and while she has few credits to her name, she still does an excellent job in her portrayal of Wonder Woman.

Other notable performances include Chris Pine as Steve Trevor, and Danny Huston and Elena Anaya as the film’s principle villains, two high ranking German army officers. Pine is best remembered for his role as Captain Kirk in the latest Star Trek trilogy as well as Hell or High Water (2016) and The Finest Hours (2016). Huston is best known for his roles in Magic City, The Constant Gardener, Children of Men,  and most recently in Frankenstein (2015), All I See Is You (2016), and The Last Photograph (2017). Connie Nielsen plays Hippolyta, Dianna's mother and Queen of the Amazons. Robin Wright is impressive as Antiope, sister to Hippolyta. Both give good performances.

The film does, however, have one major flaw. When the Wonder Woman comic started its run in the the ’40s, her adventures took place against the backdrop of World War II, considered by some to be the last "good" war,  a conflict that could be framed as a battle against tyranny. Wonder Woman's adventures in this most recent movie take place against the backdrop of the First World War, a conflict that most people agree had less moral justification, and that could be said to have increased the amount of tyranny in the world.  Because of this post-modernist view of WWI, it is difficult to see the Germans as truly villainous. The stakes aren't as high as they would have been in a WWII scenario.

In spite of the differences in the original source material and the film, it still deserves two thumbs up.