The Wolf of Wall Street 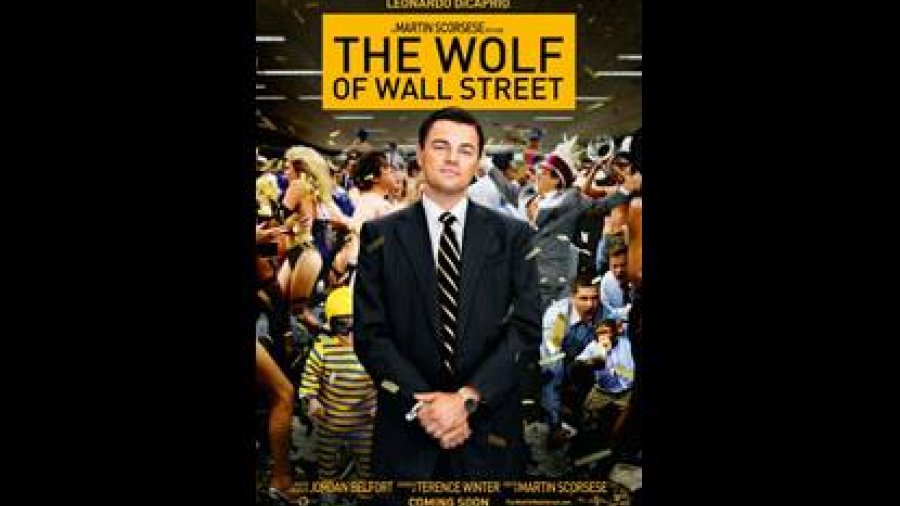 Martin Scorsese has a reputation for producing quality movies. From Raging Bull to The Last Temptation of Christ, from Taxi Driver to The Departed. He has been showered with praise and is widely considered one of the masters of American cinema. So the idea that he might make a truly bad movie might surprise some. But he has, and it's called The Wolf of Wall Street.

This movie tells the tale of Jordan Belfort, a crooked stockbroker who works his way up in one of the most corrupt industries in the US while drinking like a fish and taking enough drugs to kill an elephant. It has to be said that while this is technically a well-made film and Leonardo DiCaprio (The Departed, Shutter Island, Aviator) is excellent as Belfort, the film is morally repugnant.

At first glance it may be seen as an anti-Wall Street film. None of the white-collar criminals have any redeeming qualities. They are shown to be self-absorbed, cruel and hedonistic to the point of self-destruction. At the same time, however, it glamorizes the lifestyles of people like Belfort, making us aware of the benefits of possessing such excessive amounts of wealth. Scorsese unfortunately never lets us see all the people these characters stepped on while climbing the ladder to financial success.

At this point in world history, the last thing we need is a piece of cinema that celebrates, at least partially, white-collar crime. Some might point out that Martin Scorsese has quite successfully made films about high-class criminals before, and why am I not going after those? It's a very good question. A movie like Good Fellas romanticizes organized crime; however ,we are given a main character whom we can root for to a certain extent. We want to see Henry Hill (played by Ray Liotta) succeed, given that he comes from an extremely rough working class background. Jordan Belfort, on the other hand, did not. Belfort came from a nice, solid middle class household. There is no justification given for him turning out to be such a scumbag. There is nothing to elevate him above his co-workers. He is just a very bad person. The Wolf of Wall Street does not adequately punish him either, which may leave the viewer feeling frustrated, especially when you have to sit through three repetitive, often boring hours to get any resolution to the story.

It should be noted that besides DiCaprio, this love letter to greed has some great actors in it. Jonah Hill (Knocked Up, Super Bad) is wonderful as Donny Azoff, Belfort's amoral right-hand man. Rob Reiner, who directed such films as Stand by Me and The Princess Bride and who played the much aligned son-in-law in All in the Family, is satisfactory as Belfort's father and the fantastically beautiful Margo Robbie (Pan Am, About Time) in a film in which women are little more than furniture or toys, surprises us with a decent portrayal of Naomi, Belfort's second wife.

As a person with a social conscience, I can't recommend this movie. Go back and watch Oliver Stone's Wall Street or Margin Call starring Kevin Spacey instead.