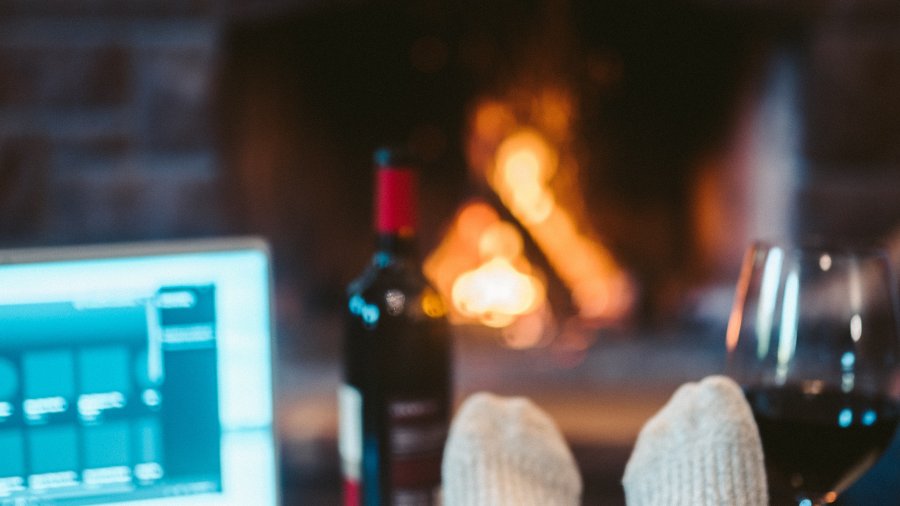 It’s November and after a long warm fall a cold winter will soon be upon us. With winter, there is invariably more time spent indoors. And these days indoors means using the internet. Whether you’re on NetFlix, MasterClass, Tik Tok, or the like, a fast internet makes your online experience better.

WiFi 6 has been a standard (802.11ax for those that care about that sort of thing) since 2019, but it hasn’t made it into too many homes yet. Unless you’ve purchased a router recently there’s a good chance
it supports up to WiFi 5. If you have an iPhone 11 or newer, or an iPad of similar vintage, you’ve been carrying around a device that can do WiFi 6 and didn’t know it.

What is WiFi 6? Very simply, it’s a way for your router to communicate simultaneously on both the old 2.4GHz and newer 5GHz frequencies. This effectively makes the bandwidth wider. One way to think about this is imagine you’re moving but now you can carry furniture in a trailer you’re pulling and in the back of your truck. That’s more stuff with each trip.

WiFi 6 has a few more tricks up its sleeves. It has some fancy frequency usages that let it divide up the channels to carry more information to different devices at the same time. And by using different “flavours” of frequencies it allows devices to ignore transmissions destined for another device and start talking before the reception finishes. In gamer-speak this means less latency. Latency is the time between a request for data and the transmission of that data. Lower latency means means the whole online experience feels much more responsive, especially in offices and household with many devices.

WiFi 6 also has the ability to do what’s called beamforming. This lets the router direct transmissions towards your device instead of broadcasting omnidirectionally. It’s much more efficient from an energy perspective.
WiFi 6 also comes with WPA3. This is a newer better security protocol than your old router. You won’t notice any change, but your network communication will be safer.

WiFi 6 comes with something called Target Wake Time. This is basically “only talk to me if you need to” mode. Right now your phone spends quite a bit of time chatting with your router even if you’re not doing anything. Less communication means longer battery life and a less busy network which again means less latency.

One thing I want to note is with regards to radio broadcast. Occasionally people have concerns about radio broadcasts especially with newer equipment. As long as you purchase CSA approved routers, the power level is restricted and not a concern. All the new whizbang features of WiFi 6 come with changes in how the signal is used, not by increasing the power of the signal.

Finally, because many router manufacturers are keen to get you to buy a new router by adding features, most of WiFi 6 has been in most new routers since 2019. So, if your router is newer than that there’s
a good chance it’s already doing WiFi 6. Otherwise, you can get yourself into WiFi 6 for about $100. You can spend up to $500 if you just won the LottoMax, but you don’t have to.