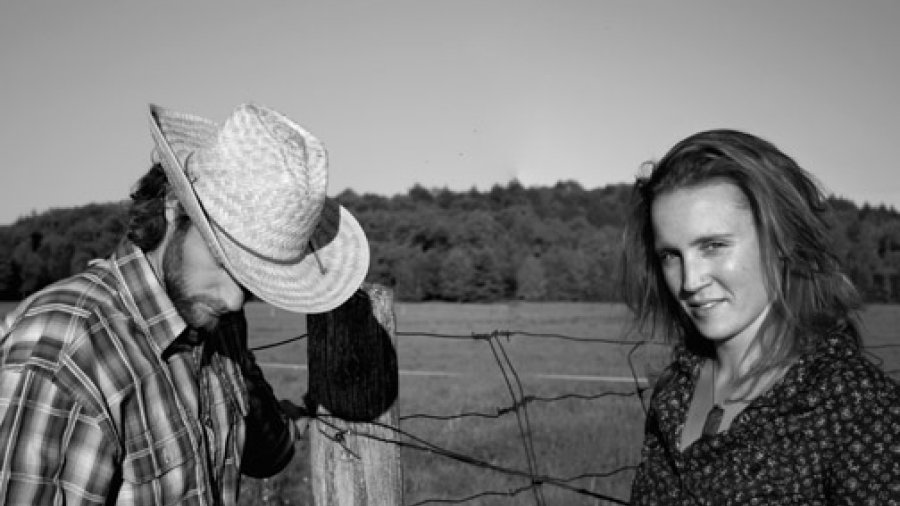 Ashlea Jonesmith’s passionate voice and lyrics have that effect. She isn’t trying to reinvent the love-song wheel, and because of that, her experiences resonate with our own. Her words soothe the bruised pieces of our hearts. Her debut album—The Things That Stay With Me was released last year—holds two universal stories. The first is of someone living life and love unapologetically. The other is of someone searching for a voice, for a place in the world.

Music is definitely one of the places Jonesmith belongs. Surrounded by music growing up, she was onstage at Ontario’s longstanding Mariposa Folk Festival by the time she was 15. She later married fellow musician Oliver Heywood-Jones (formerly of the Balling Jacks), guaranteeing that music would remain a major part of her life.

“I don’t have huge goals that I am going to get signed and blow up,” she says. “I just want it for myself, and I love performing and I won’t be happy in my life if I don’t have a go at it. I mostly just do it because I love it.”

The pair, who met while going to school in Nelson, are setting out from Ontario and heeding the call to return West this month. It will be both a tour and a search for a new home in some yet undetermined BC town. Although Jonesmith is no stranger to performing, this trek will be her first official tour.

“With my husband, being on the road is probably just more like when we are traveling to family relatives—probably not as rock and roll, probably more tame,” she laughs. “But it’s definitely a great thing to have. Instead of at the end of the day, coming home and watching TV together, we come home and play music.”

Once settled, writing material for a new recording is the next step. With a few songs already penned, Jonesmith sees herself focusing more on folk and Americana than she did with her first album.

“On The Things That Stay With Me, I guess I was starting to do a country thing, and I did a lot of twangy stuff on it, so I think that I am going to go back a bit more folky,” Jonesmith says. “I never know what’s going to happen, but the album that is out already has got a whole bunch of styles—like rock, and country and folky and Americana, so I am probably going to narrow my style down to more of a folk-Americana style.”

The songs on her debut are also older, culled from seven years of material, a couple dating back to her days in high school.

“I kind of tried to disown them, and then by popular demand, I brought them back and recorded them on the album,” she laughs. “Definitely, I hope the new ones are more mature and more inspired by a wider variety of other music.

“Now that I’m married,” she adds, “I don’t have all of these heartbreaks and romances to worry about. I definitely was inspired by all of these different relationships I’ve had in the past, and now they’re not going to happen, so I’m definitely starting to write more make-believe songs and be inspired more with where I am, and there’s more focus on family and the country and political things that I hear on the news and other things in life than my own personal relationships.”

Ashlea Jonesmith and Oliver Heywood-Jones perform at the Brickhouse on January 15 and 16.