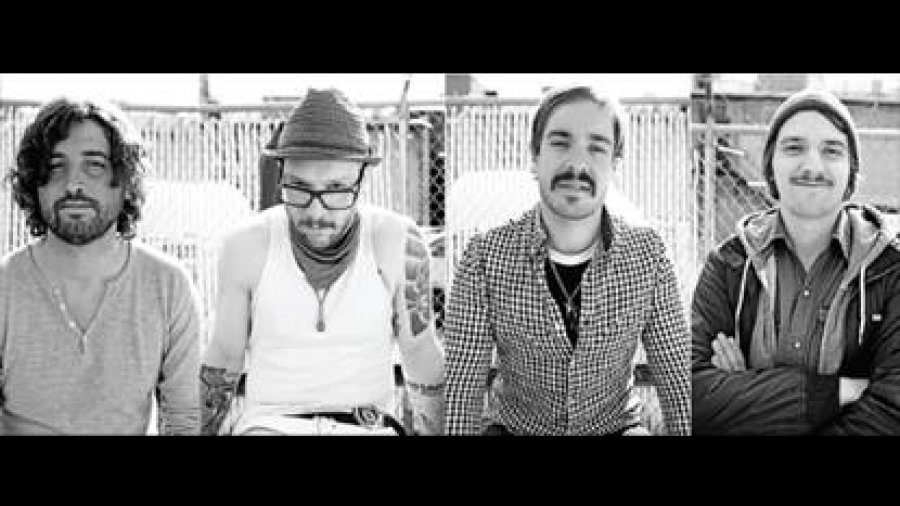 NOTHER SKI SEASON IS COMING TO A CLOSE – and it was a strange winter, indeed. A cycle of cold, snow, then rain. But much music was had, and more will be had at Fernival. It’s time to bring the dancing out of the bars again, and out into the crisp mountain air.

Thankfully, Fernie Alpine Resort isn’t resurrecting cheesy bands from Canada’s musical past at this year’s season closer. Although both Vancouver’s Daniel Wesley and Calgary’s the Dudes both have careers that span a decade or more, neither are as long in the tooth as last year’s Chilliwack or 2012’s April Wine.

Daniel Wesley’s music is rock that is tinged sometimes with reggae, sometimes with pop, sometimes with punk. Not wanting to jinx the weather, I am hoping that he will be able to pull out spring sunshine. Dancing in the rain has its charms – you’ve got to keep moving to stay warm – but shaking it in the sun brings is unparalleled. (Random thought: Fernie needs a summer icon equivalent to the Griz.)

Wesley’s star began to soar in 2007 with “Ooh Ohh,” a single off his third album Sing and Dance. The song is a guaranteed booty shaker, but then so are many of his more recent songs. What makes his style melding work is his attention to lyrics. Some of his most danceable songs are quite serious, dealing with heady issues like gang violence and sexual abuse.

He released his sixth album, Ocean Wide, last year, and was what some saw as a departure for the artist. It has a little less emphasis on the reggae side and more on the rock side. The first single off the album, “Fuel to Fire,” takes a note or two from ‘50s rock and roll, making it ultimately danceable.

The Dudes are all rock and roll, through and through, to the core. Voted Calgary’s Favourite Band by FFWD readers for three years (’06-’08), being hometown heroes was not enough, and the band has made its presence known from coast to coast. Forming in the late ‘90s, the Dudes released its first album seven years ago, 2007’s Brain Heart & Guitar. The band’s third album – Barbers, Thieves and Bartenders – was released a couple of years ago.

Despite only releasing three albums in a long career, the Dudes absolutely kill it on stage. Their speakers blast with crunchy guitar and heavy-hitting rhythm. The band delivers a no-holds-barred live show, full of energy and love for its audience. This is not only evident on stage, but how the band interacts with fans online. After leaving their label, the band has taken a fiercely DIY approach to its career, its personality. This is certainly the way of the music business in our era – fans expect more personal interaction with their rock and roll heroes – and the Dudes have taken up the challenge with great success.

With two strong acts gracing the Fernival stage, whatever the weather, there won’t be a dry armpit in the plaza. And I, for one, would like to congratulate the festival organizers from steering away from bands that haven’t released anything new for three decades. There is so much great happening in Canadian music today, and it’s a relief that FAR finally recognized that.

Daniel Wesley and the Dudes heat up the plaza at Fernival on April 12.