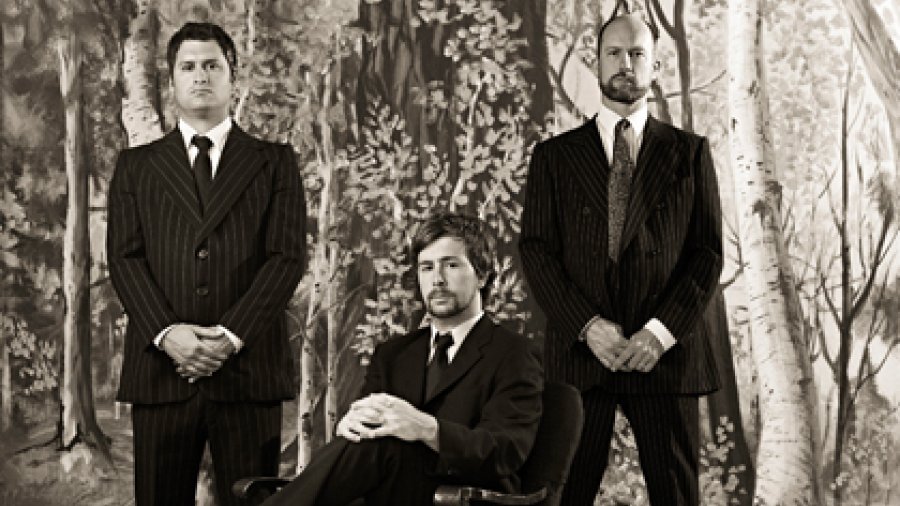 It’s no secret that Fernie-ites love music festivals. Hearing about Starbelly, Shambhala, Nakusp or Kaslo over the summer is a daily occurrence. Are you going? Did you go? I think I saw you at …

Now, ladies and gents, we have Wapiti, our very own music festival. And I don’t know if my word on the subject means anything, but the lineup is pretty fabulous. Old timers who still get a twinkle in their eye about The Gathering at Island Lake will find a band or two to love out of the weekend. While the younger timers are already salivating at having Said the Whale and Yukon Blonde right here in Fernie. You’ll become personally acquainted with all of the bands soon enough, but I want to take some time introducing you to Wapiti headliner, Elliott BROOD.

Although the trio hails from Toronto, the band members really are honorary Westerners. Not only have they played some of the provinces best music festivals, they’ve also toured the mountains of BC in the dead of winter—which is equal parts dedication and desperation. The guys have a definite soft spot for the West that dates back to Elliott BROOD’s very first Western tour.

The band drove from Toronto to Lethbridge, and talked about skipping out on the gig, just relax after the long drive and rest up for the bigger gigs in Calgary and Edmonton. It was fortunate the guys didn’t ditch, though, because they ended up with two sold-out gigs, full of audiences who already knew the words to Elliott BROOD’s songs.

“We have fans out there that will drive from Vernon to Nelson and travel to see us, and it’s amazing. I think we got a call once—I think that we were in Nelson—and they called to let us know that there was a bunch of people on the ferry that we should hold the show back because the ferry was delayed or something,” Casey Laforet says. “So it was like all of these people were coming and they called up and said can you hold the show like 20 minutes. I mean anywhere in the world where people like what we are doing, we love it, of course. It makes it that much more fun.”

What is it, exactly, about Elliott BROOD that inspires such devotion from its fans? Well, besides being a group of laid-back guys, the band’s music is like the best comfort food. I’m not talking your guilty pleasures, like KD or Chef Boyardee, but rather your favourite meal from home, the stuff that is good for your soul. The band has labelled itself death country in the past, and would count The Band and Neil Young as influences. Laforet’s distorted and driving guitar weaves with Mark Sasso’s ukulele or banjo, while Stephen Pitkin alternatively brushes or bashes a drum skin. (It used to be a Samsonite suitcase until ’08, but he was going through too many to keep it up.)

Elliott BROOD spends so much time on the road, so the band writes and road tests much of its music in front of audiences before songs ever end up recorded.

“Our band is a live band; we’ve always felt that our live show is what we are,” Laforet says. “We’re like a travelling circus, so if the songs don’t work in a live environment, they’ll rarely make it onto a recording.”

The trio is releasing its third album—Days Into Years—at the end of September. Its last two albums and debut EP were all very well received. Both full-lengths were nominated for Junos and 2008’s Mountain Meadows was also nominated for the coveted Polaris Prize. Elliott BROOD also had the opportunity to score the Canadian film Grown Up Movie Star, which premiered at Sundance, and which also garnered them a Genie nomination for Best Original Song.

These kind of kudos have garnered the band a pretty kushy tour schedule this summer, where it gets to hit festivals in Newfoundland, BC and Oregon, with a string of fly-in-fly-out gigs.

“This is almost like summer vacation for musicians, all these music festivals,” Laforet laughs. “That’s the only time we see anyone we know, because throughout the year, everyone’s all over the place.”

After summer, it’s back into the sweaty tour van, back to the drive-gig-drive schedule to support the new album. The band, of course, will be heading back this way, back to its honorary Western home.

Visit www.ferniemusic,com for more information about the festival or volunteer and vendor opportunities.

Tickets for sale on the website, Le Grand Fromage or Midge’s Mags & Movies.