Wapiti, Wapiti, Where Fort Art Thou? 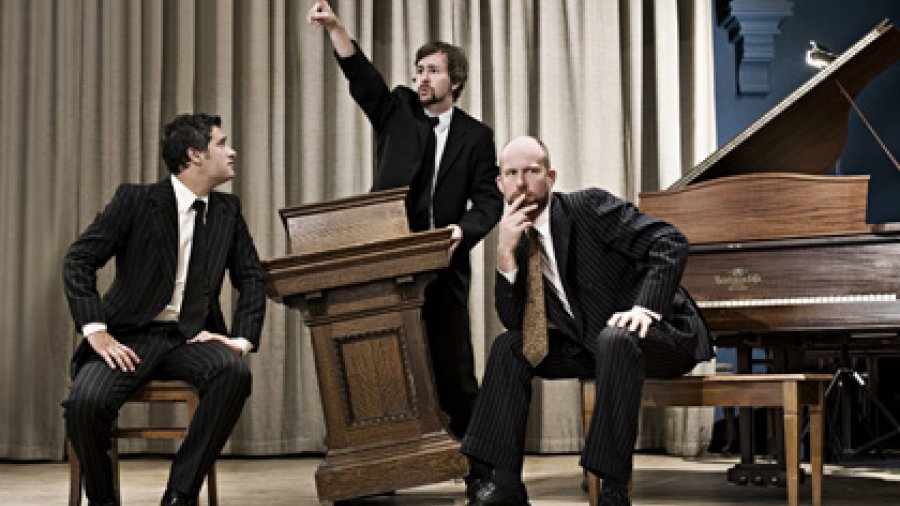 It was on a cool night back in May, with Michael Bernard Fitzgerald and his band booming from the Central stage, when a whole room of people started to feel the real tingle of excitement. They were patient, but yearning. They knew that the wait was almost over, but it had been a long time coming. They knew that Fernie would once again emerge victorious with its very own music festival. With the lineup announced, the vision of Wapiti turned from a mirage to certainty.

Fernie has been without a full-on outdoor music festival since Fernie Fest did its last waltz four years ago, but the success of the music portion of Taste of Fernie was a real catalyst for a brand new festival.

“It was apparent that turning the Taste of Fernie into a music festival wasn’t going to work without, basically, a ground-up rebuild. We couldn’t just change the time and add different music,” Wapiti organizer Kevin McIsaac explains. “So I guess that’s what happened: as the Taste of Fernie wound up to its inevitable conclusion, having done its job of marketing restaurants, etcetera, etcetera, this was a natural next step.”

McIsaac let the idea of the festival percolate, mentioned it to a bunch of different people, and then started rallying the troops. While the organizing committee—made up of Matt Brazeau, Troy Cook, Pierre Dupont, McIsaac, Paul Michael and Chantel Souliere—had and has its work cut out for it, there is certainly a lot of experience in its members. Some work in and with the music industry, while others are committed to attending music festivals every summer.

“We spent a lot of time talking about what we saw at music festivals that really moved us,” McIsaac says. “I think that a lot of us really agreed that it was the about-to-be-discovered act that was really what was the most appealing. The band that you saw that you might have heard of, but maybe not, and they just blew you away.”
“We were really motivated to go out and try to find acts like that,” he adds, “some of which people knew very well, but some of which they don’t know very well … but they are going to know.”

To date, the bands that you are going to know (if you don’t already) are Elliot BROOD, Said the Whale, Yukon Blonde, Library Voices, Shred Kelly, Bubba Tres, Sun Wizards and the aforementioned Michael Bernard Fitzgerald. It’s a pretty stellar lineup, so far. Other bands are still pending.

Wapiti is going to span Friday night and all-day Saturday (get the nuts and bolts of it below) in Annex Park. There will be all the things that one might expect to find at a small festival: bike checks, a vendor area and kids’ area. But it is hard to imagine a nicer setting, alongside the Elk River, surrounded by trees and mountains.

Given that Wapiti is not-for-profit, and one of its motivations was to generate revenue for Fernie’s businesses, organizers kept the ticket price low. That way it would be affordable to locals and it would attract visitors. Families will appreciate that kids get in for free and tourists will be able to afford hotel rooms and restaurant meals on top of their $40 festival pass.

They’ve been at it for about a year, and the committee is on the home stretch now. There are interviews to conduct and press releases to write. There are tickets to sell and vendors to book. There are more bands to sign and volunteers to organize.

“It’s a shocking amount of work to get ready to do the work,” McIsaac says.

But we salute you.

Wapiti Music Festival is taking place on August 19 & 20. Friday night: 7 to 11pm. Saturday: Noon to 11pm.
For volunteer or vendor opportunities—or more information—visit the festival website: www.ferniemusic.com.
Tickets for sale on the website or at Midge’s Mags & Movies.